English waiting times improved in November, and were in good shape for the run-up to winter. The total waiting list was down, and admissions were up, with both closely following last year’s seasonal trend.

Long-waits were down too. The number of over-one-year waiters, which fell sharply in October following major validation exercises, was 10,407 (of which 3,161 were at Mid Staffs). The NHS edged closer to success against the new target, with 92 per cent of the waiting list within 18.9 weeks (or, looking at it the other way, 91.1 per cent of the list within 18 weeks).

The original data analysed in this post is published by the Department of Health here. You can download our waiting times fact checker here: 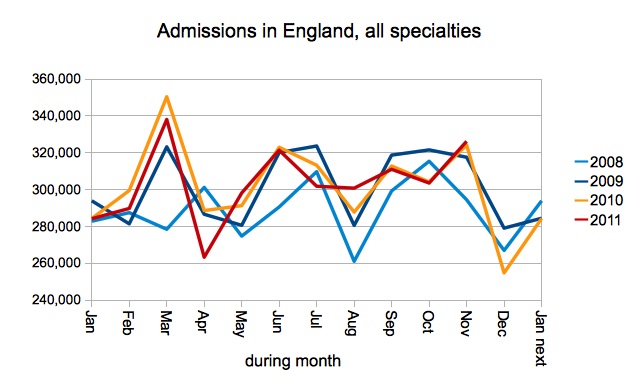 November 2011 had the same number of working days (22) as November 2010, and the number of admitted patients treated is almost identical. 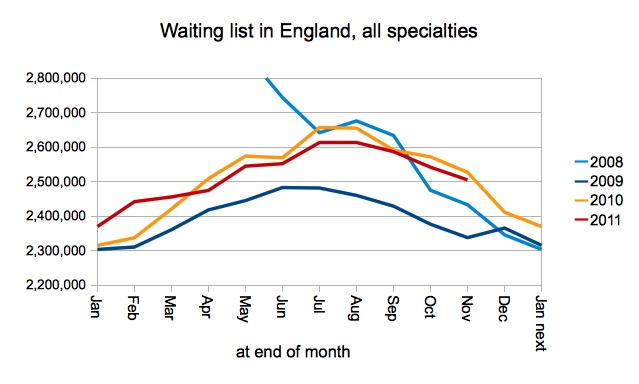 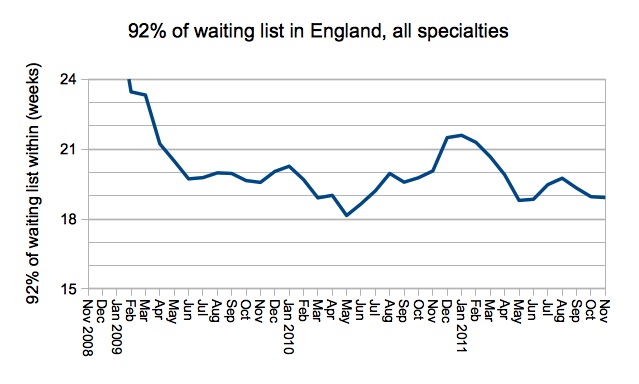 Looking at the long-waiters, 92 per cent of the waiting list is within 18.9 weeks, almost exactly the same as October (19.0 weeks) but much better than the previous year (20.1 weeks in November 2010). 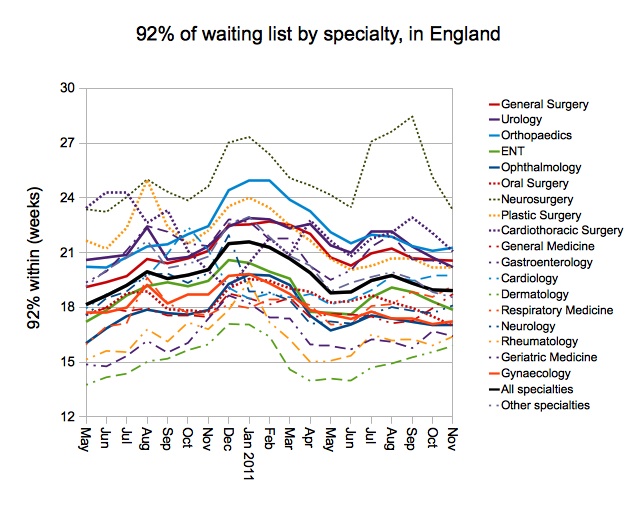 At specialty level Neurosurgery continues to recover, and the major surgical specialties reflect the overall trend.

Is there no bad news at all? 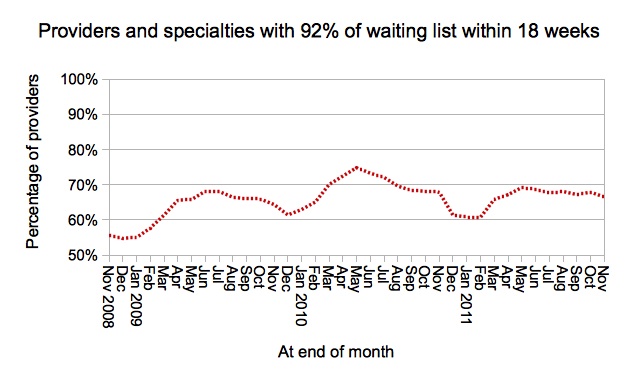 Well, perhaps, but only slightly. The proportion of services (by Trust, by specialty) achieving the new “92 per cent of the waiting list within 18 weeks” target has fallen slightly, though no worse than it was a year previously.

We will publish full details by Trust, PCT and specialty as soon as we finish processing the data, but in the meantime here are the top twenty highly-pressured Trusts in England. Congratulations to Sheffield Teaching, who last month were at number 6 and had the distinction of being the only Trust in England with over 1,000 one-year waiters; they have now dropped off the table entirely with only 65 one-year waiters.