The focus on incomplete pathways continues to deliver results, according to the April 2012 figures just released, with new records broken across all measures of long-waiters still on the list.

The (official) total list size isn’t budging from the trend of recent years, and is likely to be understated because of GP referrals being held up. But long-waiters are nevertheless coming down, both in absolute numbers and as a proportion of the waiting list, and that is a good thing.

The number of very-long-waiters, still on the list more than a year after referral, fell again to a record low of 4,317. Of those, some 1,243 are in London (and that excludes Imperial who are still on reporting holiday).

You can find the original data at the Department of Health website here (complete with some nice new tools and trends), and download our Gooroo NHS waiting times fact checker here.

Admissions and the total list size remain steady, compared with the seasonal profile of recent years. 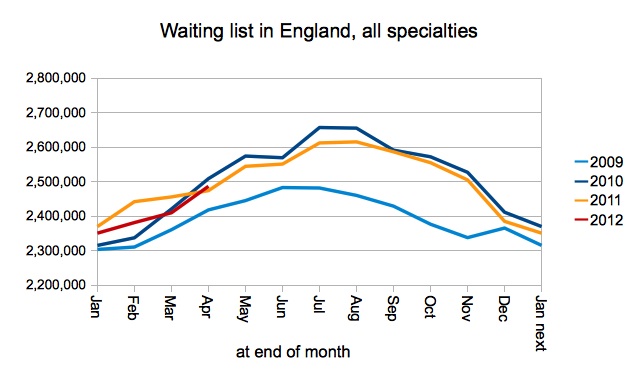 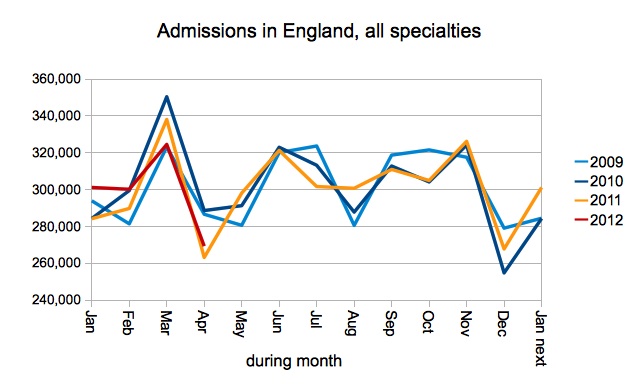 All measures of long-waiters on the list continue to fall: 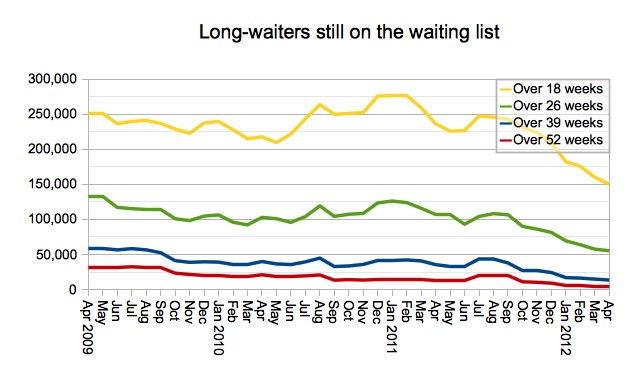 The new target, that 92 per cent of incomplete pathways must be below 18 weeks, is continuing to break new records in spectacular style: 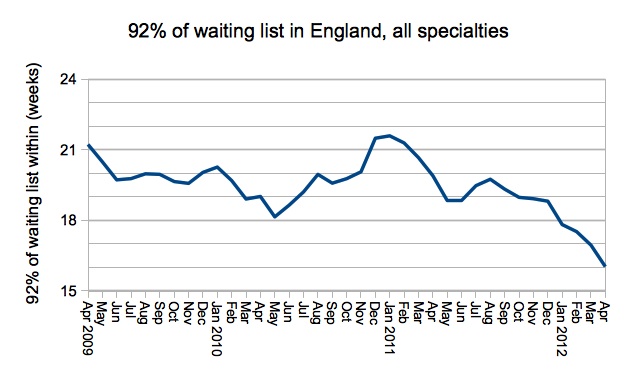 All specialties continue to improve, although neurosurgery remains poor and is not improving as fast as the biggest problem in terms of sheer numbers: orthopaedics. 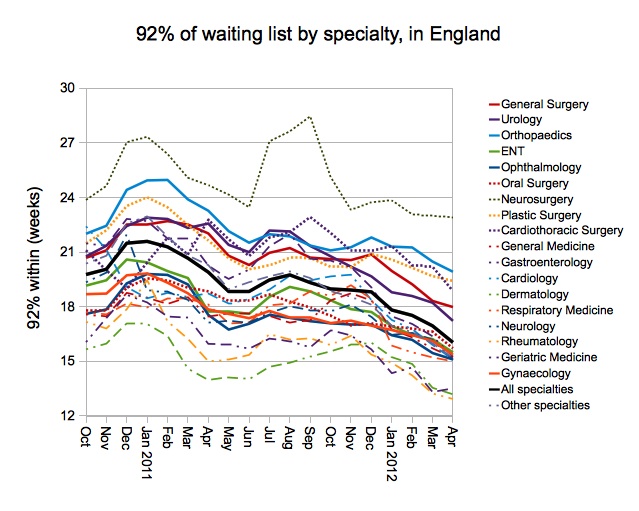 The proportion of specialties at Trust level, who are achieving the new 92 per cent target, has topped 80 per cent for the first time. 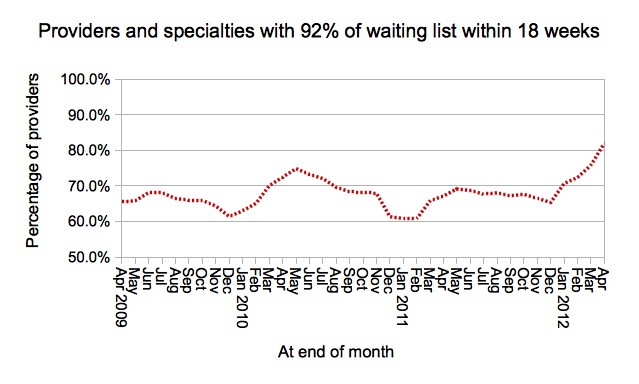 The twenty Trusts with the greatest waiting times pressures (omitting Imperial who did not submit data) are:

Congratulations to Bradford Teaching Hospitals NHS Foundation Trust, who dropped out of the table by reducing their 92nd centile waiting time from 20.8 to 15.3 weeks, and to North Middlesex University Hospital NHS Trust (20.7 to 13.2 weeks).

The next 18-weeks stats release is due at 9:30am on Thursday 19 July 2012 (and these will take a bit longer to analyse because they will simultaneously be releasing revisions to previous data).