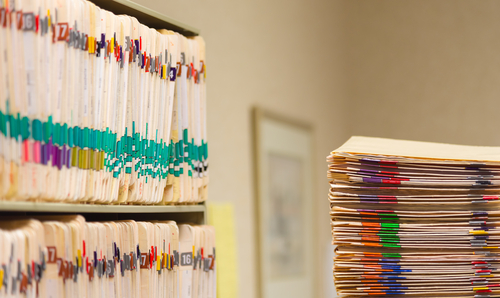 They’ve been a mainstay of waiting list management for a quarter century, and seen the NHS through the most spectacular reductions in waiting times in its history. They are breathtakingly simple in concept, and easy to implement in practice. They are already understood and embedded throughout the NHS. Why, then, do patient tracking lists need to change?

PTLs are also known by various other names that share the same initial letters (primary, patient, priority, tracking, treatment, targeted or targeting are common substitutes). They work like this. Draw up a list of all the patients who are going to breach your waiting times target in the next few weeks. Then you make sure they are treated before they do. Simple as that. What could possibly go wrong?

Well, quite a lot actually. Let’s say your target is 18 weeks, but your waiting list (at subspecialty level) is small enough to achieve 12. What waiting time do you achieve in practice? If you rely on PTLs then you’ll probably stay at 18 weeks, with managers firefighting imminent breaches week by week. Why? Because PTLs only work at the margins, so non-PTL patients (most of them) are not being managed systematically. Some patients get treated quickly, while others end up on the PTL.

Things get worse if the waiting list grows. If 18 weeks is achievable, but only just, then it becomes really hard to find slots for all your PTL patients: too many short-notice slots are already filled with non-PTL patients being booked out of turn (even if they aren’t urgent). So you end up on the familiar trail of begging consultants to squeeze PTL patients onto lists, buying extra sessions on a Saturday, persuading patients to transfer to the private hospital down the road, and even (though you hope it will never come to this) finding it difficult to treat urgent patients safely. Failure remains likely despite the effort and expense.

What if your PTL is too big to sustain 18 weeks? Much the same, except that now sustaining the targets is impossible. But you can’t tell from the PTL.

It isn’t all doom and gloom with PTLs. They’re a lot better than having no system at all. That is pretty much what was happening before PTLs were invented in the late 1980s, when inpatients waited years for treatment. But it’s pretty clear that we can do a lot better.

Now we can put an end to managing at the margins and in batches, to tying up managers’ time in endless firefighting, and to limboing under the target when much shorter waits are possible. Now we can move towards systematically managing all waiting list patients continuously by the booking clerks and via choose and book, to create an “active PTL”.

The active PTL rules aren’t complicated, and there are only five of them, covering the safe booking of urgent patients, the fair booking of routine patients, and the efficient booking of the capacity available.

By getting the booking right, the active PTL will consistently achieve the shortest waiting time possible. That waiting time might be eight weeks, or 18 weeks, or even 28 weeks. It all depends on the size of the list.

Ah, the poor waiting list. Her younger sister, waiting times, has been the sexy one these past few years and the fusty old waiting list hasn’t had much attention. So let us remind ourselves that the size of the waiting list is absolutely key: if it’s too big, then short waiting times are impossible, no matter how good your booking practices.

That’s the funny thing about waiting times. Tackle them directly and you get all sorts of unintended consequences. But do it indirectly, via the list size and booking rules, and you’ll have them nailed.