A couple of changes to this regular report on local 18 week waits:

1) the section on “92 per cent” pressures has been retired (but if anyone was finding it particularly useful then let me know and I’ll reinstate it); and

2) there is a new regular analysis of the impact of clock pauses on admitted waiting times.

Otherwise, as always, here is the local picture on 18 week waits, fully updated with the July 2012 RTT waiting times data just released by the Department of Health for England.

If you want to pick a Trust of PCT, and get a full analysis of the pressures in any specialty, then all the detail is here: Gooroo reports

The number of one-year-waiters has been falling rapidly, and in July it fell below 3,000 for the first time ever. This map shows where one-year-waiters are still being reported on Trusts’ waiting lists, along with other waiting time statistics and year-on-year comparisons: 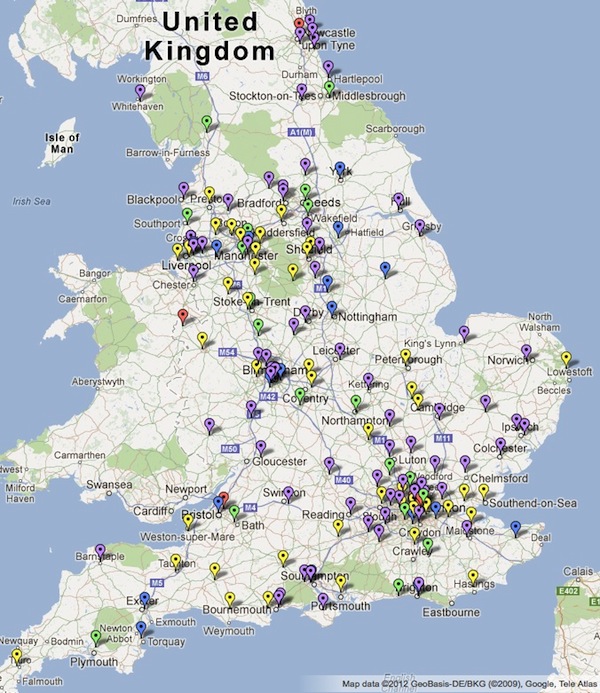 One year waits by Trust

If a Trust-specialty has a high level of clock pausing, that does not mean it is definitely over- or mis-using clock pauses; however I think it is fairly clear that some services are using clock pauses to scrape under the relevant target (that 90 per cent of adjusted admitted waiting times should be within 18 weeks).

Why this focus on clock pauses? Because the best way to tackle long waits in the NHS is to address the two root causes: waiting lists that are too big, and poor patient scheduling. If services come to rely on clock pauses to achieve their targets month after month, then that deflects attention from those root causes. If a service gets to the point where it is over- or mis-using clock pauses then that is unfair to patients, and likely to end in crisis when the position becomes unsustainable. So the intention of this focus on clock pauses is to shine light on them so that they are not over-used, and the root causes of long waits are addressed instead. 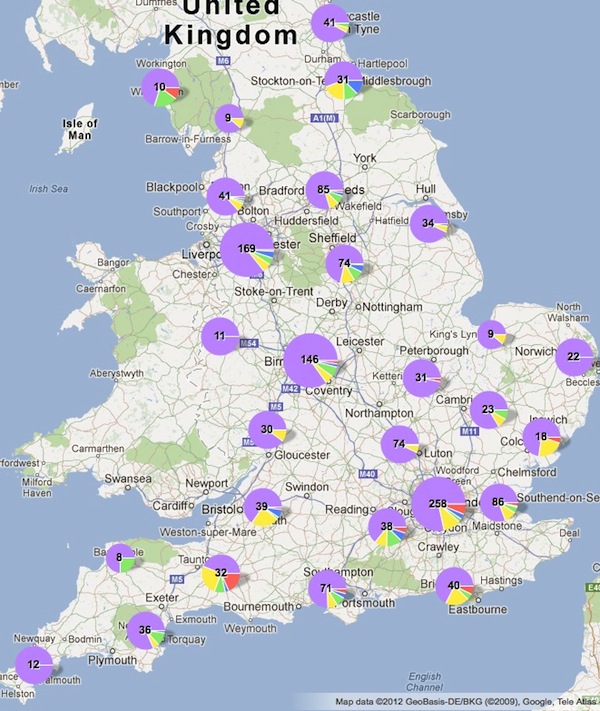 Finally, here is the same map by PCT.