Is the 18-week target about to blow?

The King’s Fund have an excellent waiting times tracker running, showing whether the English NHS is keeping a lid on the 18 week target, or not. So far there is just the merest suggestion of an uptick; nothing that “coldest December for 100 years” wouldn’t explain.

So I thought it would be interesting to see whether this picture is replicated on other measures too. Not wanting to tread on the King’s Fund’s toes, I’ve picked two different measures from the ones they follow:

These measures also differ from those monitored by the Department of Health, who have chosen instead to monitor the median waiting time (which I think is potentially misleading) and the 95th centile RTT waiting time (which is a fine measure, but not the one they have specified for admitted patients).

Also, I thought it would be interesting to look at the trends by specialty. (All figures are calculated from the provider adjusted admitted pathways (or the nearest equivalent for older data) on the Department of Health’s RTT performance page.)

Before we look at the numbers, what would we expect the time trends to show? We know from simulation studies that (in a well-managed waiting list) the mean waiting time leads the 90th centile when the waiting list is growing, but lags when the list is shrinking. So on that basis, we might expect the mean waiting time to be a leading indicator of 18-week breaches. However, the national aggregate waiting list could not by any stretch be classified as “well managed” to the strict consistency of our simulation studies, and so that prediction is unlikely to hold in practice.

So let’s take a look at the data: General Surgery first. 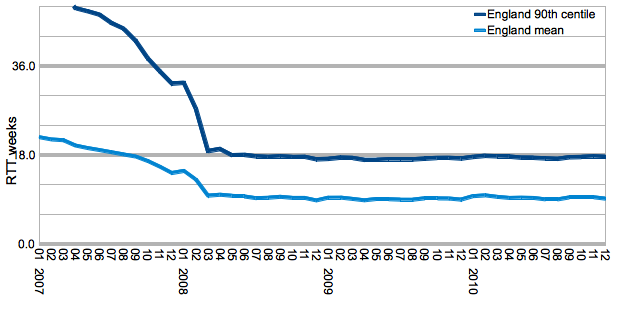 We can see the dramatic plunge in waiting times as the 18 week target was achieved in 2008, with mean and 90th centile falling in lockstep. Thereafter, the target is consistently met (just). Mean waiting times remain level, indicating that the underlying pressure is not building; although theoretically this indicator could be undermined if long-waiters were being neglected (and therefore not showing up in the admission statistics). No sign of any uptick so far.

The more you drill down, of course, the more variation you find. Here is General Surgery again, with data overlaid for a single provider (Whipps Cross University Hospital NHS Trust): 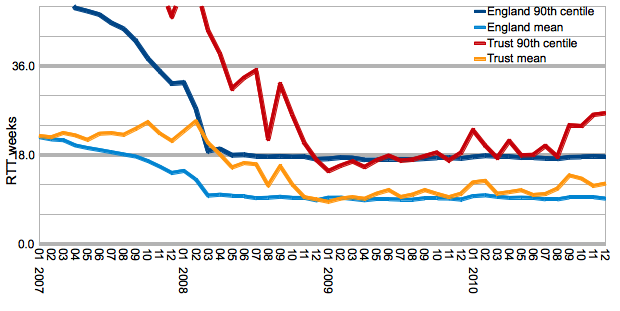 Whipps Cross clearly had difficulty achieving the 18 week target in this specialty, and only did so when their mean waiting times fell in line with the English mean. However the achievement was only temporary. Mean waiting times have risen, and after battling away through 2009 the Trust was eventually unable to maintain the 90 per cent standard. Their RTT waiting times in December 2010 looked like this:

Going back to the national picture, let’s look at Orthopaedics. This specialty often has the worst waiting time pressures, because the cost per case is very high (raising the temptation to delay patients) and because the proportion of urgent patients is low (so people learn that they can neglect Orthopaedics for quite a while before problems arise). Unfortunately this also means that once a problem has arisen with Orthopaedic waiting times, it is very expensive to fix. 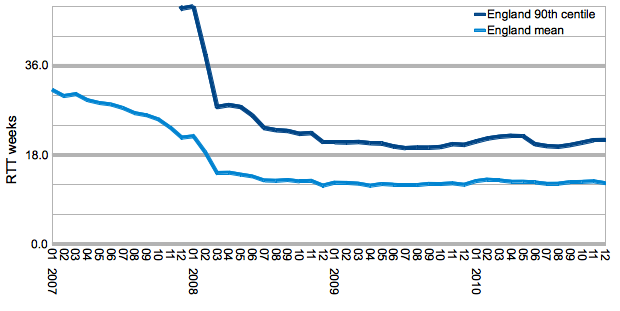 Sure enough, the operating standard that 90 per cent should be treated within 18 weeks has never been achieved England-wide in Orthopaedics. The good news, though, is that the mean RTT wait is not rising, and so the underlying pressures nationally are not getting worse.

Finally, here are the other main surgical specialties. The bottom line? No sign of real pressures building so far. But we’ll keep an eye on these indicators in the coming months and see what happens as the financial squeeze really starts to bite. 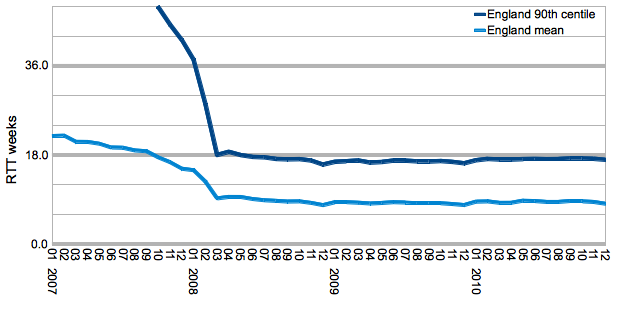 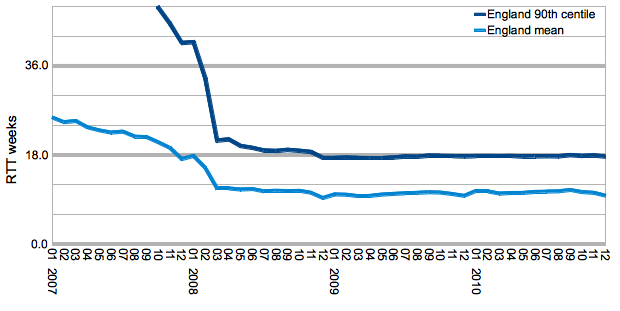 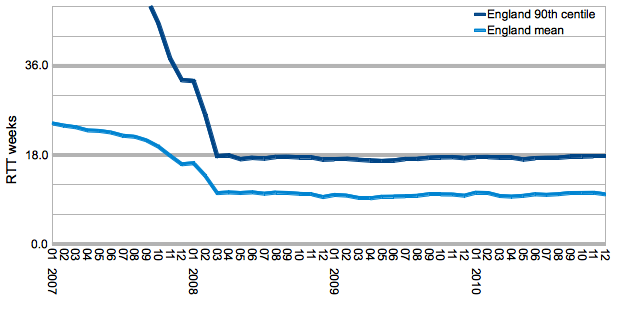 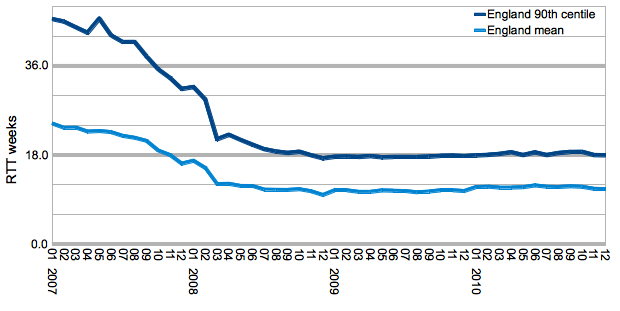 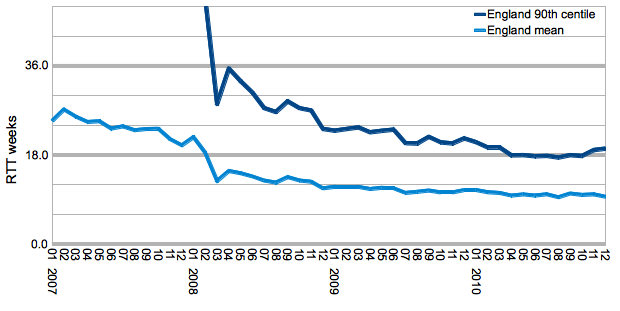 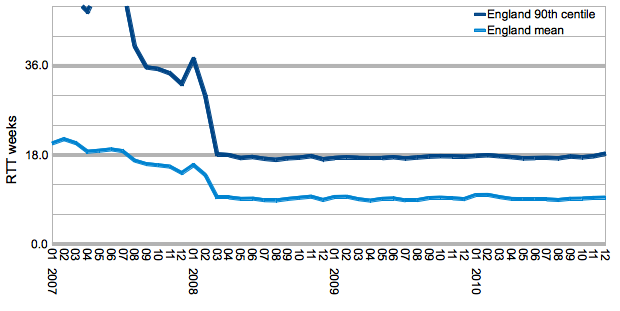 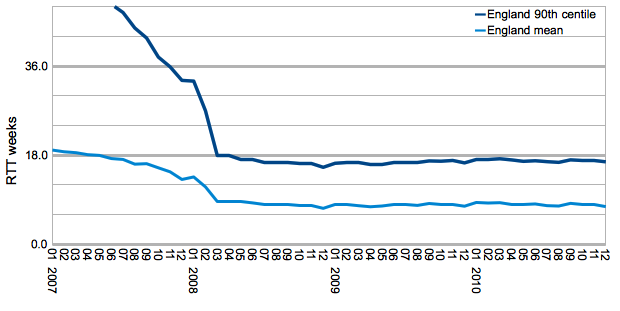