Latest on 18 weeks: no worse, but no better

The January waiting time figures were published this morning, so what do they show? In short, things haven’t got worse, but they haven’t got better either. Is this worrying? Yes. Does it mean 18 weeks is doomed? No, we will still have to wait and see what happens.

So what do the figures say? Here are the trends for the time within which 90 per cent of patients are a) admitted and b) still waiting. 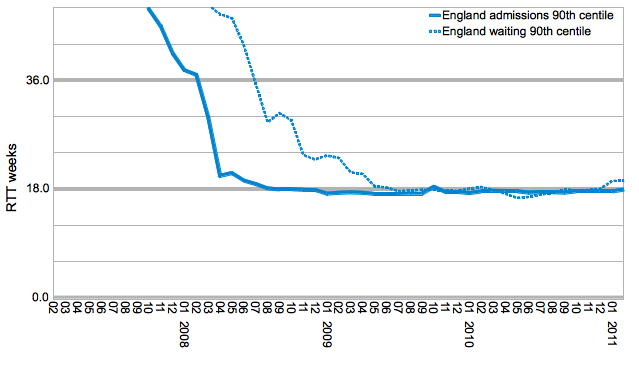 The headline target (that 90 per cent of admitted patients should have waited less than 18 weeks) is still being met (just). The solid line remains below 18 weeks.

More importantly, though, look at the dotted-line trend for those patients who are still waiting, which is a more leading indicator of the underlying waiting time pressures in the system. The December uptick was not reversed in January, so this may be more than a blip. Because this indicator remains over 18 weeks, it suggests that pressures have built up in the system that will lead to the headline target being breached, unless either: a) those pressures are reduced; or b) Trusts “achieve” the headline target by favouring shorter-waiting patients for admission (more about that possibility here). So to that extent I would disagree with Andrew Lansley’s recent assertion that “waiting times are stable”; if something is precariously balanced, it may not be moving, but that does not make it stable.

Let’s drill down to Trust level now. The format for the following video was explained here, and it shows the history for each Trust in England.

The final chart in the video, which shows the latest statistics for January 2011, is this one: 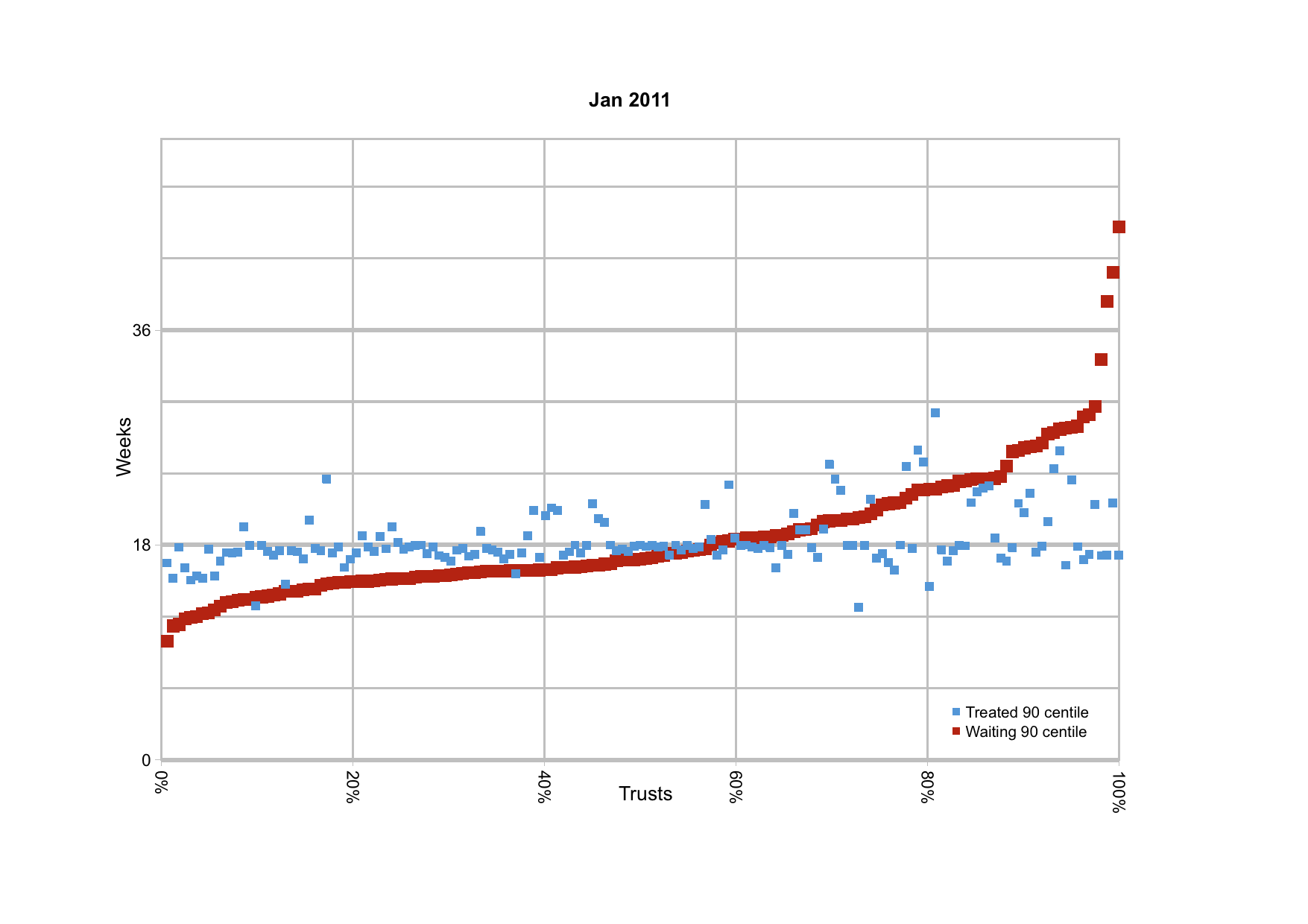 In about 10 per cent of English Trusts, to the right of the chart, things are getting worse for those patients still waiting. They are starting to break away from the pack, and a step is forming in the red line. To the credit of some of those Trusts, the blue dots are starting to “boil up” underneath them, which means that some Trusts are actually treating the long-waiters, instead of doggedly continuing to “achieve” the admissions-based target and hold their blue dots below the 18-week line.

What about the place where the red line crosses 18 weeks, which indicates the proportion of Trusts who are achieving 90 per cent of still-waiting patients within 18 weeks? Here is the trend: 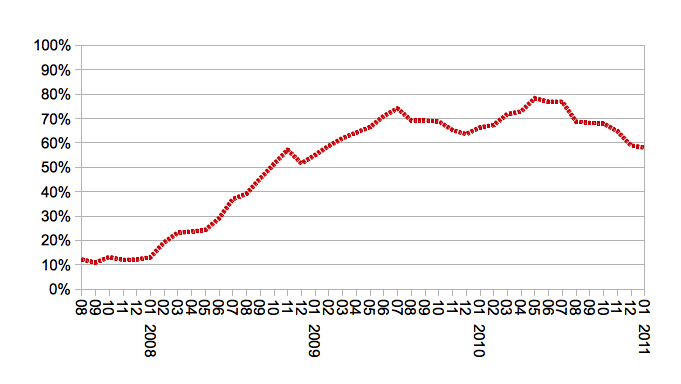 Where the red line crosses 18 weeks