In August 2007 there were 578,826 over-one-year waiters on the English waiting list. In May 2010, the time of the General Election, there were only 18,458. This colossal reduction in the longest waiting times was a huge achievement by the NHS under Labour. 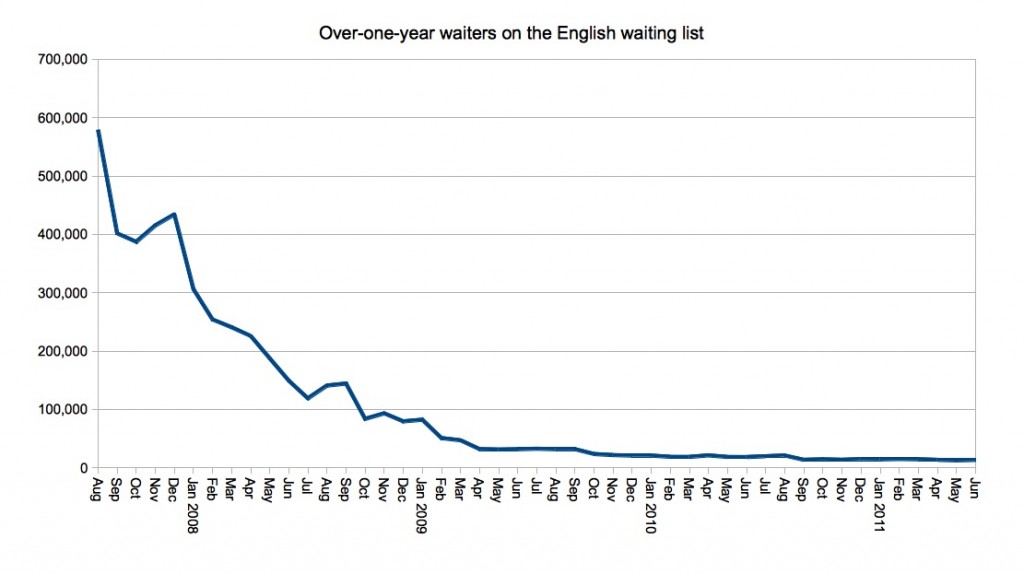 Patients on the waiting list for more than one year, since 2007

The curious thing is how, after a steep descent, this particular plane never landed. Look at the trend through 2008 and you might expect it to hit the ground sometime in 2009. But it never did. The long-waiters, albeit in much smaller numbers, are still with us.

The next chart takes a closer look at this enduring tail. 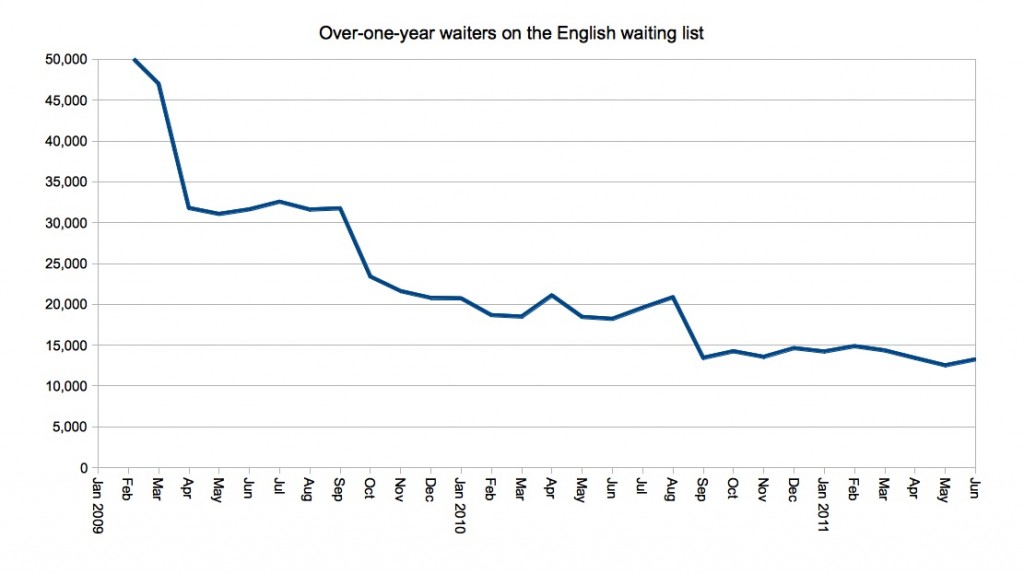 Patients on the waiting list for more than one year, since 2009

Since the Election, the number of over-one-year waiters fell a little further, reaching 13,442 in September 2010. And since then, no real change. On the latest (June) figures, it stands stubbornly at 13,259.

In June 2011, the NHS in England recorded a million and a quarter patients who were treated or discharged from the waiting list during the month. If that is a month’s worth of work for the NHS, then 13,259 patients is only 100 minutes.* How long does it take to do 100  minutes’ work? And why is the NHS not doing it?

The simple answer is that long-waiting patients aren’t a national priority. They should be. The longer patients wait, the less we know about them; some of them (nobody knows how many) will be in very real need of treatment. This isn’t about money, it’s about swapping one 100-minute task for another. The NHS has achieved far more difficult things before. So let’s finish this job, and make year-long waiting a thing of the past.

*You may be thinking that surely these are all waiting for an inpatient or day case admission. Then it would be about six and a half hours’ work. But I’m not sure you’d be right about that; many of the very-long-waiters are incorrectly-coded watchful-waiters in outpatients and wouldn’t actually require any clinical time at all to remove. Even if they are all waiting for admission, it still isn’t very much work to clear.