Waiting times took a small step backwards in June, breaking the steady run of improvements since July 2011 for the proportion of over-18-week waiters on the waiting list, and also breaking the steady improvement since September in the number of over-one-year waiters. Despite these declines, June’s result was still the second-best ever recorded on both measures.

The total list size was unusually high for June, which could lead to worries that this is more than just a blip. However this June was unusual for another reason too: it had only 19 working days, compared with 22 in each of the previous three years. So let’s call it a blip for now, and see how things pan out in July.

This analysis is based on data from the Department of Health, and our version of the trends is available in our Gooroo NHS waiting times fact checker.

The total number of patients on the waiting list was the biggest June figure since 2008. 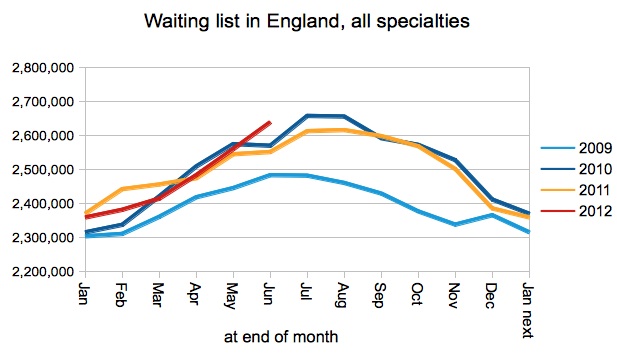 This might be caused by admissions being unusually low for June. This year, the weekends fell so that 9 days in June were weekend days, and the second May bank holiday fell into June, and we had the Jubilee as well. So June 2012 had only 19 working days, compared with 22 in each of the previous three years. The shortage of working days pretty much accounts for the drop in admissions. 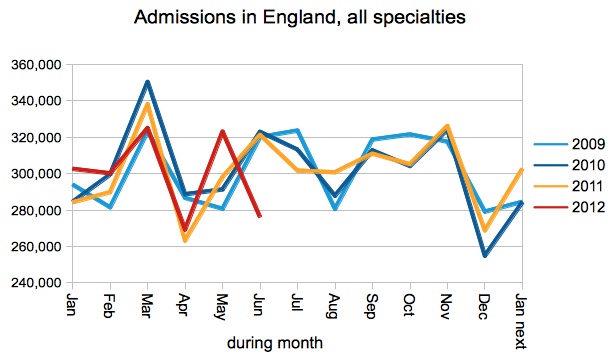 Long-waiters ticked up slightly, after a good run: 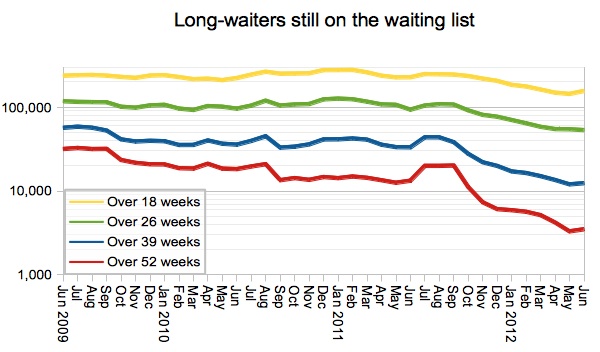 The national 92nd centile ticked up again, but it’s still solidly below 18 weeks. 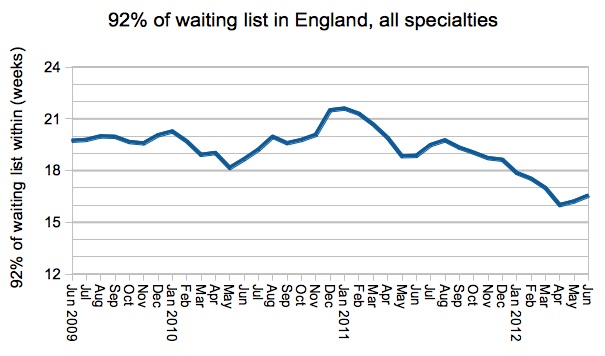 All the big specialties shared in the decline. Neurosurgery continued to improve and may not be an outlier for much longer. Plastics showed the sharpest decline. 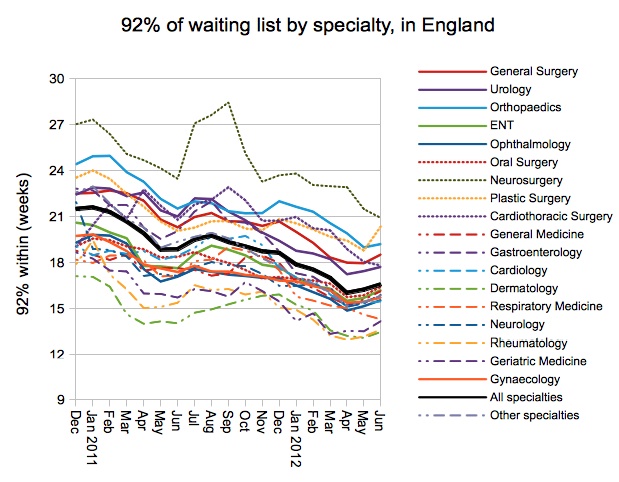 The proportion of services achieving the incomplete pathways target at provider-specialty level was steady at 85 per cent. 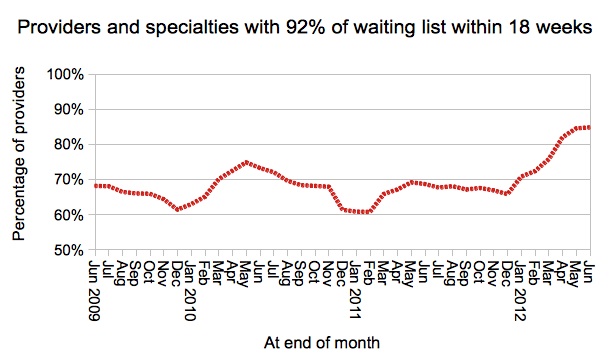 Provider-specialties achieving 92 per cent within 18 weeks

The RJAH tops the chart for the 5th month running; a position they have held since their unplanned reporting break ended in February. (Despite having the worst waiting times in the country, they still managed to come first equal in the patient satisfaction survey.)

Imperial have rejoined the data series, all tanned and relaxed after their six month ‘reporting holiday’. They have gone straight into our table at number eight. They also have more over-one-year waiters than any other Trust in England.

The Rotherham NHS Foundation Trust (who were at a healthy number 91 on the chart last month) did not submit data in June. No idea why (and there’s no mention in their end-of-June Board summary).

The 18-week statistics for July are due out at 9:30am on Thursday 13th September.