NHS holds the line on 18 weeks

The NHS in England held its position on referral to treatment (RTT) waiting times (according to the newly-released data for November 2012), with small gains leading to new record-bests for long-waiters on the national waiting list. The total size of the waiting list came down slightly, but remains somewhat above the seasonal trend (though not enough to be a cause for concern, yet).

One-year-waiters continue to fall, reaching a new low of 1,147. From April, these one-year-waiters will attract penalties of £5,000 per patient for every month they remain on the list, so Trusts will be making great efforts to treat or discharge them before the fines kick in. The number of over-18-week waiters also fell to a new record low of 135,095 (compared with 218,290 a year before).

All this data comes from the Department of Health. At the same time as the November 2012 data was released, they also released revisions for 6 months worth of earlier data. This blog post does not take in those revisions because they’ll take a bit longer to analyse, but I will take in the revisions before publishing our waiting times fact checker and the local analyses over the weekend. (Revisions don’t normally affect the national statistics very much, though they can make a big difference to provider-level data.)

The waiting list has finally started shrinking, as it normally does at this time of year, but remains above the level of recent years. Nothing (so far) to worry about though. 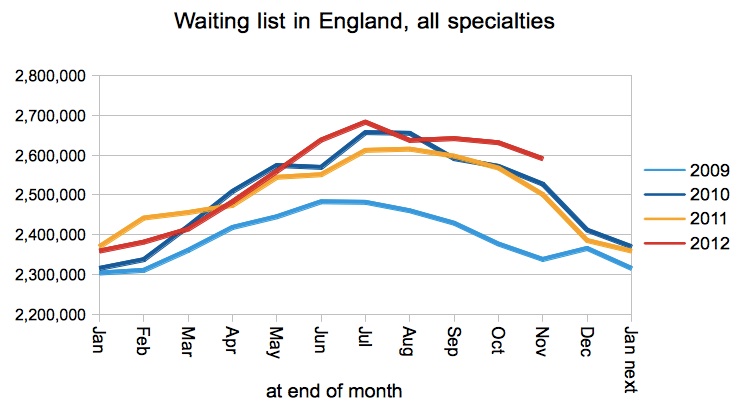 Admissions are bang on track – no sign of austerity causing any drop in admitted activity. 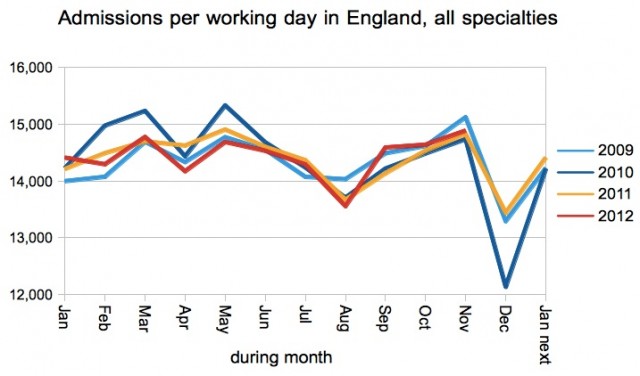 Long-waiters continue their very-welcome fall. At this rate I’ll need to extend the scale on this chart for next month’s data. 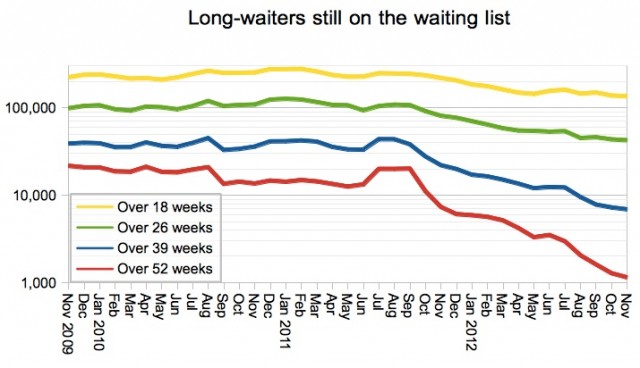 The target that 92 per cent of the waiting list should be within 18 weeks is still comfortably met at national level. 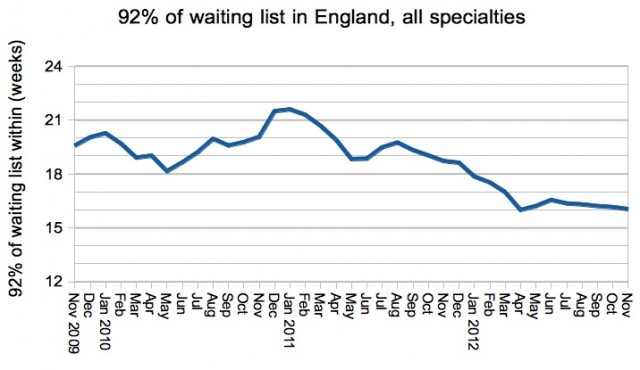 Orthopaedics scraped inside the “92 per cent of the waiting list within 18 weeks” target for the first time in October, and missed the target equally narrowly in November. In better news, Neurosurgery is really getting sorted out now, and is no longer an outlier. 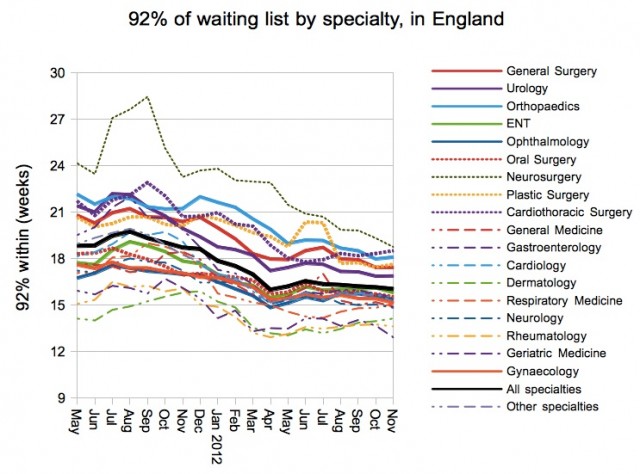 The “92 per cent of the list within 18 weeks” target must be met by every specialty, in every provider, in every month. Success continues to creep up, with 87 per cent of provider-specialties achieving the target in November. 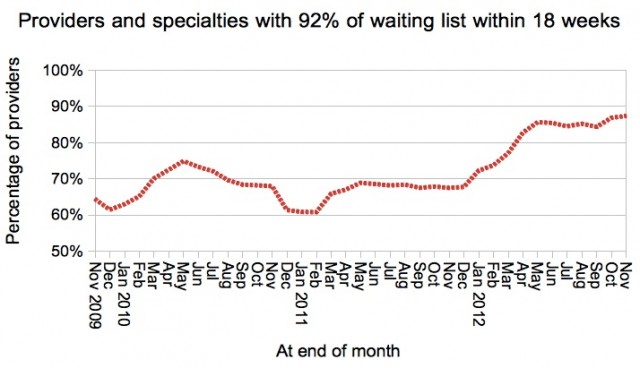 The RJAH and Clinicenta remain stubbornly at the top of the sin list for November, far ahead of other long-waiting providers.

North Bristol and Bradford failed to supply incomplete pathways data (again), so they are not included in the table.

From April there will be severe ‘zero tolerance’ penalties of £5,000 per over-one-year waiter every month, so any providers who are still keeping patients waiting that long will be wanting to get them in. In November the biggest one-year backlogs were 137 at King’s, 101 at RJAH, 95 at Newcastle, 92 at Nottingham, 83 at Guy’s and St Thomas, 48 at Brighton, 40 at West Sussex, and 39 at the Royal Orthopaedic.