Providers are under pressure to treat their one-year-waiters because, starting with the end of April figures, they face ‘zero tolerance’ fines of £5,000 per patient per month if they report anyone still waiting more than 52 weeks after referral.

The position on 18 week waits was broadly stable, with 92 per cent of the list waiting up to 16.4 weeks and comfortably achieving the 18 week target at national level. The total size of waiting list, if you strip out step-changes, was broadly in line with the seasonal profile of previous years.

One more thing before we move on to the detail. You wait ages for a review of NHS waiting times and then two come along at once. These things really don’t happen very often (about once a decade) so if you have anything on your mind about how waiting times are measured then feel free to respond to the consultations by the National Audit Office and UK Statistics Authority.

On the raw figures, the waiting list looks high for the time of year: 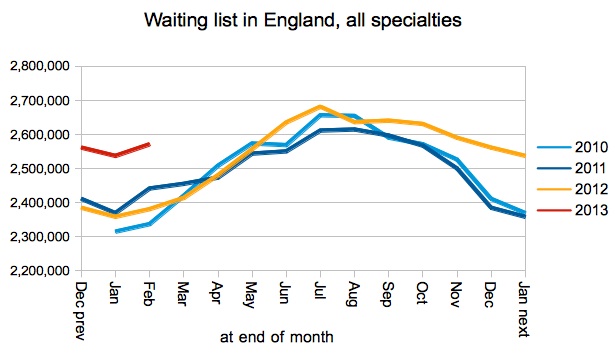 But if you strip step-changes out of the data (using the method explained here) then it doesn’t look out of line with previous years. 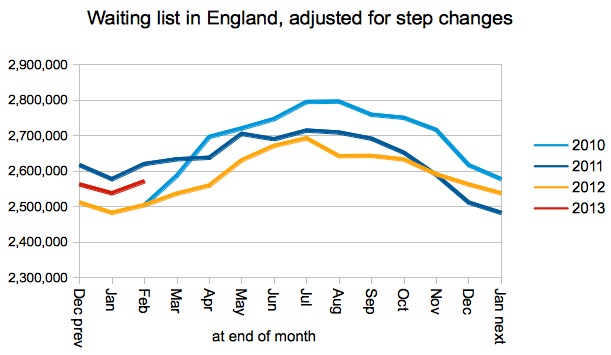 Admission rates continue to follow the pattern of previous years, despite the difficult winter. 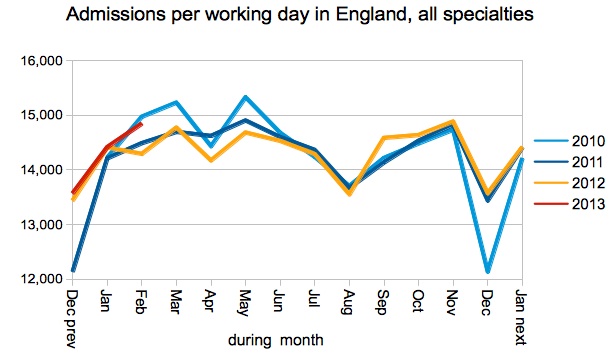 One-year-waiters continue to fall rapidly, and we can expect even more dramatic reductions in the next couple of months as the zero-tolerance target comes in. Other long-wait measures remain steady. 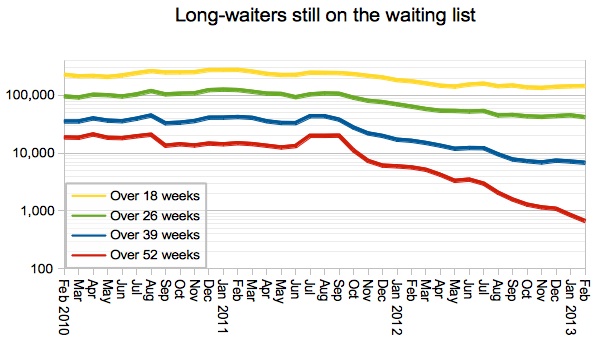 My preferred measure of 18-week-waits, the 92nd centile waiting time for incomplete pathways, is holding steady. 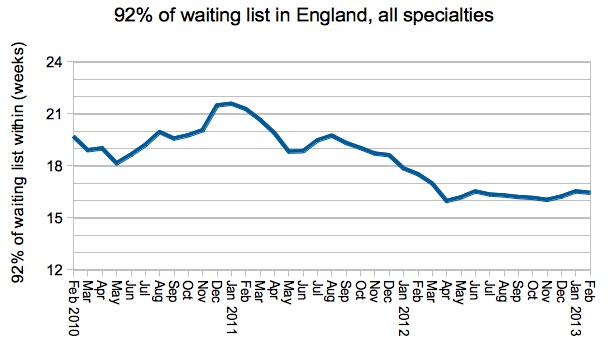 Drilling down to specialty level, there is continued deterioration in orthopaedics and plastics, and in the more specialised services of neurosurgery and cardiothoracic surgery. General surgery has just scraped inside the 18 week target for another month. 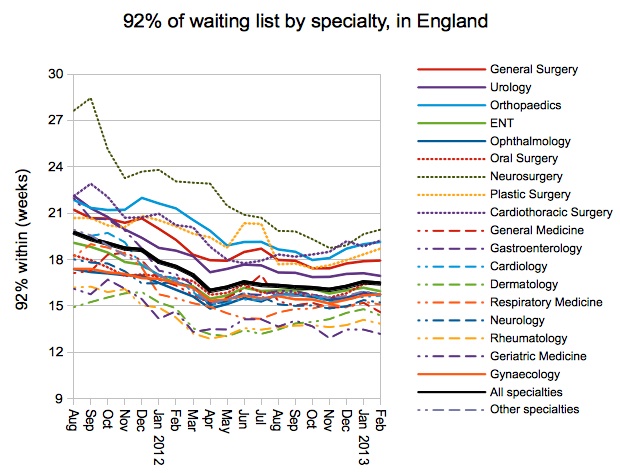 The target must be met by every specialty in every provider in every month, and 85.2 per cent are succeeding, which is broadly stable from previous months. 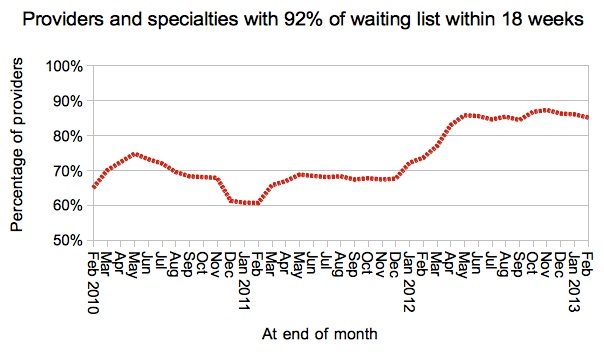 RJAH still has the longest ’92 per cent’ waiting times, and has the most one-year-waiters, but has gained some ground since the end of January. At number 2, Clinicenta have not improved their ’92 per cent’ waits, but they have cleared all their one-year waiters.

For the first time, no provider has more than 100 one-year-waiters on its waiting list. Those with the most are:  RJAH 98, Kings 73, Guys/St Thomas 44, East Kent 42, Royal Orthopaedic 35, Western Sussex 27, Brighton and Sussex 26, Southampton 26. Some 62 Trusts reported any one-year-waiters, down from 64 in January.

One provider dropped out of the top ten: congratulations to North Cumbria, whose improvement on ’92 per cent’ waits from 18.3 to 17.8 weeks has earned them a drop in the table from 10th to 34th place.