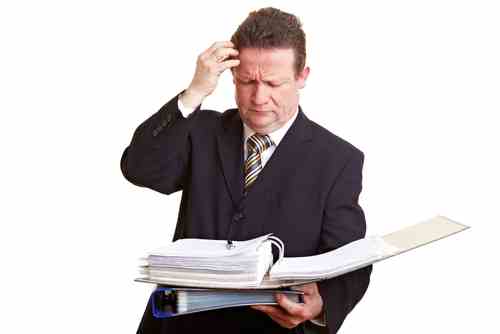 The CQC and Monitor are marking down hospitals who treat their long-waiting patients, making it harder for them to clear backlogs and restore short waiting times. Monitor have been doing this for ages, but over the summer they made a surprise and apparently conscious decision to continue after consulting on the matter.

The CQC and Monitor are both powerful bodies that can, if they wield their power clumsily, inflict serious damage on management practices in the hospitals they oversee. As the English NHS heads into winter with longer-than-usual waiting lists, it is likely that many Trusts will see backlogs build up in some areas, so it is more important than ever that they should be able to tackle those backlogs in the obvious way: by treating their long-waiting patients at the first opportunity.

In recent years the Department of Health and NHS England have recognised all this, and made good progress towards eliminating perverse incentives on 18-week waits. They have downgraded those targets which penalised hospitals for treating long-waiting patients (the ‘admitted’ and ‘non-admitted’ standards), and introduced and strengthened a target that deters hospitals from allowing long-wait backlogs to build up in the first place (the ‘incomplete pathways’ standard).

Regrettably the CQC and Monitor have not followed suit.

The CQC have just launched their “Hospital Intelligent Monitoring” page, promising “to give our inspectors a clear picture of the areas of care that need to be followed up within an NHS acute trust”. The accompanying “Indicators and methodology” document, on page 47, gives details of the two 18-weeks targets they are tracking, with the rationale that “The NHS Operating Framework for 2012/13 sets the Referral to Treatment (RTT) operational standards: 90% of admitted and 95% of non-admitted patients should start consultant-led treatment within 18 weeks of referral.”

But the NHS Operating Framework for 2012/13 (in paragraph 2.31) also introduced the much-better incomplete pathways target, so why did the CQC leave it out? It would have highlighted hospitals with long-waiting patients on the list, whereas the measures they selected only highlight hospitals who tackle the problem by treating those patients.

Monitor’s case is even more perplexing, because they took the trouble of going out to lengthy consultation on their Risk Assessment Framework (RAF). In a nutshell, I argued in my response that if a Trust has built up a backlog of 18-week waiters then Monitor should indeed mark them down for poor performance, but that it made no sense to mark them down a second time when they sorted the problem out by treating those long-waiters.

Monitor do not mention these arguments in their consultation response, but they did change their scoring system. All three 18-weeks targets remain (admitted, non-admitted, and incomplete pathways), but the notes on page 49 of the RAF say “While failure against any threshold will score 1.0, the overall impact will be capped at 2.0”. I interpret this as an acknowledgement by Monitor that there is a problem which needs addressing. Unfortunately they have not addressed it. A Trust with a long-waiting inpatient backlog (and 18-week backlogs are usually for inpatients) will still be marked down a second time when it tries to fix the problem.

If Monitor’s reason for capping the score at 2.0 is that 18-weeks is a serious matter that deserves a higher score than 1.0, then they could have dealt with it by slapping a score of 2.0 onto a breach of any or all of the three targets. That would have raised the penalty for making a mess, without penalising the clearing-up.

As for the CQC, if they are going to cherry-pick from the three 18-weeks standards, then why not pick the one that tells them where the long-wait backlogs are? That would give their inspectors the clearer picture they need.

The thing is, all these issues are well-understood by operations directors and performance managers in NHS Trusts. If CQC and Monitor do not understand them, it does rather make you wonder what value they could add to 18-weeks performance.