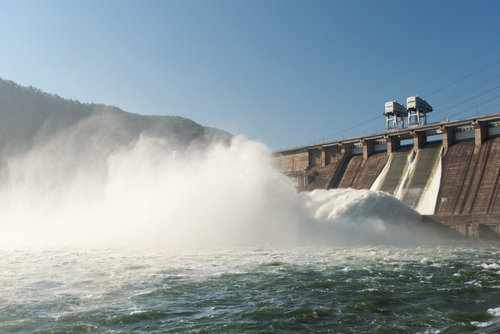 Consultation: What is “recurring demand”?

When Gooroo Planner works out activity, it also splits it between the activity needed to keep up with recurring demand, and the extra non-recurring activity available to reduce the size of the waiting list. The non-recurring bit is fine, but the “recurring demand” bit isn’t quite satisfactory and we want to make it clearer. The question is how, and we would like to hear your views; if you could send your initial response by close on Friday 28th March, that would be most helpful.

The issue is this. Let’s say you have an outpatient service and an elective service, so you can get scenarios like: outpatient activity goes up, so more patients convert to the elective waiting list, so elective demand goes up. If you are looking at the elective service, some of the so-called “recurring demand” for electives is actually knock-on demand from the (non-recurring) extra outpatients being seen. That elective demand isn’t really “recurring”, so it would be better to split this demand figure into the recurring and knock-on elements.

Which sounds great, but what do we really mean by “recurring”, and how should the split be made? Here are the three alternatives we are considering. Whichever option is chosen, the new results fields would be in addition to the numbers already available and not instead of them.

1) Does “recurring” mean “not knocked-on from outpatients”?

This directly addresses the original objection that “recurring demand” for electives should not include non-recurring changes happening upstream in outpatients. The numbers here are made up, but you can see how the conversion rates work behind the scenes: the measured conversion rate is 82.7%, and 3,706 past outpatient activity multiplied by 82.7% gives us the 3,065 demand excluding knock-ons.

2) Does “recurring” mean “matching demand, even if the demand is upstream in outpatients”?

This is a truer picture of “recurring” demand, but it does muddy the distinction between knock-on and not-knock-on.

3) Should it be a three-way split then?

Or we could separate out all these elements by splitting demand three ways:

a) “Recurring demand excluding knock-ons”, which is equivalent to switching off the outpatient knock-ons, and working out the elective demand on that basis (using the trend “demand” figure entered for electives); and

b) “Recurring demand from knock-ons”, which is the balance between a) above, and the elective demand calculated under an activity scenario that matches demand at both outpatients and electives; and

c) “Non-recurring knock-on demand”, which is the balance between the sum of a) and b) above, and the overall demand figure being calculated at the moment (i.e. including knock-ons from whatever activity scenario is being used for outpatients).

All three scenarios, together with the background workings, are also available in a spreadsheet here:  Mock-up of options

If you have any views on which method we should use, or how we should describe the various numbers being calculated, please let us know. You can email me directly at rob.findlay@gooroo.co.uk and I would like to know what you think. The three options above are all relatively straightforward to implement, so we have a free choice.

My own inclination leans towards the third option [though I am changing my mind… see the postscript below], because it makes the distinction between recurring and non-recurring most clearly. My reservation is that it is more complicated and would take more explaining. For that reason, if the third option is chosen, we would probably not include the new numbers in the popular “ComparePastAndFuture” report style (at least, not initially), although there would be nothing to stop you from including them in your own report styles as much as you like.

Responses have started to come in, and here are some further thoughts on the matter.

In relation to the way I have used Gooroo to date option 2 would give me what I require. If I have understood this correctly this is because I haven’t entered independently % growth trends for OPs and IPs separately. I have assumed that the underlying growth for e.g. demographic growth would be the same throughout the pathway and as the knock on from OP to IP button was switched on the growth would feed through to IPs ( I didn’t want to unintentionally build in 2 sets of growth to the IP figures). What I require is to be able to tell commissioners and the Directorates what activity within the current plan is a non-recurrent backlog clearance. I see this as: for OPs the reduction in the OP WL required, and for IPs the reduction in IP WL required plus the knock on to IPs from clearing the OP backlog.

In future if I need to go down the route of building in separate % growth trends for OPs and IPs then Option 3 would be best.

(Again if I have understood this properly) on the whole I think the calculation being reliant on conversion rates would work. But I have one STH example where we would get the wrong answer and that’s for Gastroenterology where a significant proportion of the work bypasses OPs and is done as Direct access day cases. The conversion  rate would overestimate the knock on to IPs from clearing the OP backlog.

My reply back to her said:

I think the definitional problem may be this: if outpatient activity changes, how do we know if that is a recurring or a non-recurring change? The answer to that question determines whether the knock-ons for inpatients are recurring or non-recurring.

If we accept that, then this is where I think we end up (if knock-ons are enabled):

…which is option 2 above. So that train of logic (as you say) leads us to option 2.

To pick up a couple of other points you made: the inpatient trend demand growth only affects the results if knock-ons are turned off, in which case there will be no knock-ons anyway. And you are right about the assumption that all knock-ons are driven by the upstream service; that is something that I would like to address in future, but it’s a significant discussion in its own right so let’s leave it for another time!