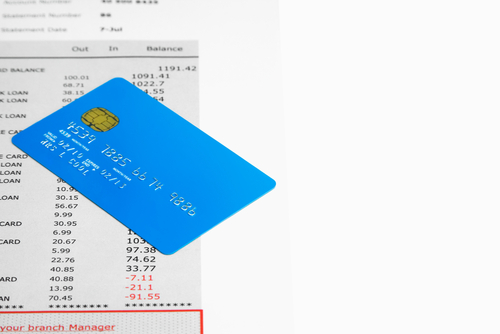 If I go overdrawn on my current account, my delightful bank will charge me a hefty £6 per day, plus another £6 for every unpaid transaction, and they’ll keep piling on the charges up to a whopping £150 a month. That’s if I take them by surprise. But if I ask nicely in advance, they’ll probably let me have an authorised overdraft for just £6 per month.

It’s all about managing risk. If I go into the branch up-front to ask for my overdraft, and tell them in some detail what I need the money for and how I expect to repay it, then they have the measure of me. If I just go overdrawn without asking, then I am evidently not in control of my finances and they don’t know if they’ll get their money back.

Which is all very well, but what does it have to do with NHS waiting times?

I have been arguing for some time that the older ‘admitted’ and ‘non-admitted’ 18-weeks targets have served their purpose and should now be retired, because they create perverse incentives. But there is a counter-argument. If a hospital keeps its waiting lists small and schedules patients in the right order, then waiting times will remain nice and short on all the 18-weeks measures including the ‘perverse’ ones. So a breach is still a sign that something is wrong, even on a ‘perverse’ measure.

Although this counter-argument is correct as far as it goes, it does not resolve the concern that those perverse incentives make it more difficult for hospitals to recover from a waiting times breach after it has happened. Indeed, the perverse incentives have recently been made worse by the 2014/15 NHS Standard Contract, which made the penalties for breaching the ‘admitted’ target four times as big as for breaching the much-better ‘incomplete pathways’ target.

And this is where overdrafts have something to teach us.

Breaches of 18-weeks, like overdrafts, should be predictable. Just as banks can allow more lenient terms for authorised overdrafts, CCGs are allowed under the Standard Contract to choose how firmly or leniently they penalise breaches of the 18-weeks waiting times targets. We know from the National Audit Office’s recent study of waiting times that penalties are already applied to only around half of admitted patient breaches, so using such discretion is nothing new. Nevertheless, as 18-week waits get worse under a growing waiting list, there are opportunities for CCGs to make better use of this power and ensure that a good crisis doesn’t go to waste.

1) The breach must be authorised in advance

As with an overdraft, this is about managing risk. Hospitals should know from their routine planning and monitoring that a breach is on the cards, and flag it up well before the breach happens. Stories about ‘straws that broke the camel’s back’ don’t wash: the camel shouldn’t have been loaded so heavily in the first place (in other words: if a service lets its waiting list grow so big that the smallest disturbance will tip it into breach, then it is asking for trouble).

Flagging up the breach is only the start of the authorisation process. The CCG then needs to satisfy itself that a solution is (or soon will be) in place, including:

Every hospital service (ideally at subspecialty and stage-of-treatment level) should know the size of waiting list that is consistent with comfortably achieving its intended waiting times. That list size is central to the recovery plan, which falls into two parts: a non-recurring ‘surge’ to get the waiting list below that comfortable size; and then revised baseline capacity to keep up with demand and stop the list from growing again for the foreseeable future.

The CCG should expect to see both parts of the plan, especially the latter (because a chronic shortfall in baseline capacity is the most likely reason for breaching in the first place).

Of the four principles of good waiting list management (safe, fair, short, efficient) the most important is ‘safe’: clinically urgent patients should always be treated as quickly as their condition requires. This means the CCG will want to be satisfied on three points:

Firstly, when drawing up recovery plans, the intended size of waiting list should allow for the timely treatment of all urgent patients.

Secondly, booking processes in the hospital service should be designed to ensure that urgent patients are always booked in quickly enough (unless the patient explicitly chooses to wait longer).

Thirdly, hospitals should be able to show at any time that none of their urgent waiting list patients are waiting longer than is clinically safe (unless by explicit choice).

Waiting times are the product of both the list size and patient scheduling, and the hospital’s scheduling processes should be designed around the needs of the patients and not the targets. Good patient scheduling encompasses the whole waiting list, not just those patients at risk of breaching, and some example rules are explained here.

Poor data quality makes it difficult for the hospital service to manage its waiting list, and for the CCG and the public to trust that service’s waiting times promises. So the CCG will want to make sure that the data and processes for managing and monitoring waiting times are reliable.

This will include issues highlighted by the National Audit Office, such as the accurate recording of clock events, having a published patient access policy, and adequate training for all staff who manage and record referral-to-treatment (RTT) waiting times. Also, that waiting list validation should be a daily ongoing process that happens as patients pass a given waiting time (which must be well below 18 weeks RTT to be effective).

If a hospital service can demonstrate to its CCG that all this is under control, then it would be perverse of the CCG to impose the admitted and non-admitted contract penalties when the service proceeds to treat its longest waiting patients. But if the service can’t give reasonable assurance that it will fix the breach and stop it happening again, or if things have already got so bad that even the incomplete pathways targets are in breach, then that is a different matter and that is what penalties are for. In effect, this is about redeploying the penalties to ensure (rather than punish) the process of recovery.

Does this get around the problems and politics of the perverse older 18-weeks targets? It should resolve the biggest problems as far as the contract penalties are concerned. But there are other players involved in 18-weeks too: Monitor, the TDA, the CQC, journalists, and indeed anyone else who scrutinises hospitals’ performance. All are in a position to put perverse pressure on hospitals who are doing the right thing to recover from long waiting times.

The hope is that a good authorisation process, clearly communicated and supported by the CCG, will persuade those other players to ease off too. That way, even if the perverse targets cannot be retired once and for all, at least the sting can be taken out of them.