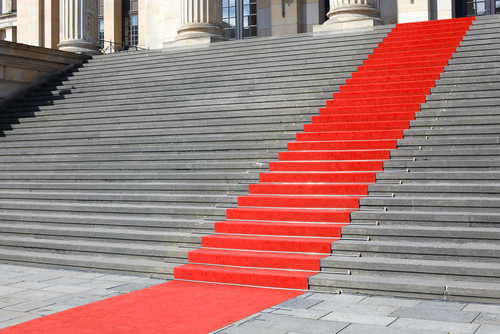 Just before last month’s waiting times data came out, the new President of the Royal College of Surgeons (RCS), Clare Marx, was on the Today programme arguing that 18 weeks was too long for some patients, and clinicians should be able to prioritise those who are urgent. That argument was, frankly, a straw man. Yet her concerns are perfectly legitimate. So let’s unpick it all to see why.

As she said: “Clinicians should have flexibility to prioritise those cases we know to be more urgent”, whether those cases are cancer referrals (which are protected by specific national waiting times targets) or other urgent cases (which are not).

But nobody is arguing against this: it is the long-standing orthodoxy.

The Secretary of State reinforced this policy as recently as the 4th of August, when he criticised the perverse incentives that targets can create, and said “where we do have targets they should be implemented sensibly and in line with the clinical needs of patients”.

At a practical level, hospitals have always ensured that clinicians are able to grade patients according to their clinical urgency. In the olden days of paper and pen, consultants would scrawl the patient’s urgency at the top of their referral letter. Today the typical hospital’s electronic patient administration system (PAS) contains a field allowing clinicians to grade every patient as either “two week wait” (for cancer referrals), “urgent” (for other urgent patients), or “routine” (for patients who can wait up to 18 weeks).

Once graded, patients should be administered in accordance with their hospital’s Patient Access Policy which should prioritise both ‘two week wait’ and ‘urgent’ patients. And any decent capacity planning model should explicitly protect all urgent patients when planning the beds, theatres and clinics needed by each hospital service.

So not much to argue with, then. But what about the legitimate concerns?

The President went on: “Most surgeons are not comfortable that clinical priority really has been applied to identify those who could wait and that reviews are in place to check that the delay is still clinically appropriate for those initially identified as less urgent.”

She also rightly pointed to the growing national waiting list, caused by a gap between demand and supply. And she should know about waiting lists: she is an orthopod after all, and (as the NHS knows to its cost) orthopaedics is a chronically long-waiting specialty.

So here we come to the nub of it: the mismatch between good intentions and grubby reality. The waiting list has grown, waiting times are bumping up against the 18-week targets, and there is a General Election around the corner. So the focus now is very much on the targets, and all the familiar tools such as cohort management and Patient Tracking Lists are being wheeled out nationally to focus everyone’s attention on the long-waiting ‘tail’ and on Orthopaedics in particular.

If long-waiting routine patients are the focus, is there a risk that urgent patients could end up being delayed? Even though everybody agrees it shouldn’t happen, the answer is unfortunately “yes”.

After a clinician has graded a patient as clinically urgent, does that guarantee them a speedy enough appointment? Judging from the many waiting lists I see around the NHS, I have to say that the answer is “no”. More often than not, I find that some urgent patients have waited far too long, irrespective of whether there are ’18-weeks’ pressures.

So the RCS’s concerns are valid: there is a need to strengthen the protection given to clinically urgent patients, and the most vulnerable are indeed non-cancer urgents because they are not covered by a specific national target.

They are also right not to call for more targets to cover non-cancer urgents, but merely for clinical judgement to be acted upon. Wherever the NHS schedules patients, or plans its capacity and resources, patients who are judged urgent by their clinicians should be explicitly protected, even if the consequence is a breach of the RTT waiting times targets.

The RCS should be pushing at an open door with all this because, as we have seen, everybody agrees with them already. So we just need to make sure that it happens consistently in practice, right?

That is unfortunately easier said than done. Paradoxically, the fact that the principle has already been accepted only makes matters more difficult. There is a lot to it, and we shall return to this topic another time.