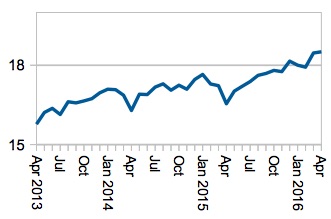 England’s referral to treatment waiting lists had another bad month in April. The 18 week target was badly breached in the month that usually sees the shortest waiting times, and the waiting list continues to grow rapidly year-on-year.

It is now unlikely that England will ever achieve its statutory 18 week waiting times target again, unless there is a massive and sustained effort to bring activity back into long-term balance with demand, and to clear the accumulated backlog.

To be clear: waiting list initiatives alone will not solve this problem. The waiting list has been in sustained and rapid growth since 2012, and an ever-longer queue means ever-longer waits. A recurring solution is needed.

In the following analysis, all figures come from NHS England. If you have a national statistic that you’d like to check up on, you can download our NHS waiting times fact checker.

We need to unpick the numbers a little to see why April’s performance was so bad, because on the face of it 18 week performance actually improved very slightly compared with March.

Waiting times are a function of two things: the size of the waiting list, and the order in which patients are treated (i.e. waiting list management). Or to put it another way: longer queues mean longer waits; and more queue-jumping by some means longer waits for others.

What usually happens in April is that the waiting list gets bigger, but that is overshadowed by a big seasonal improvement in waiting list management. The usual result is that April posts the best 18-weeks performance of the year, as you can see from the regular April dips in the dark line below.

But that dip didn’t happen this year. The waiting list is growing too rapidly: it was up 19.2 per cent on the year before. So we can expect things to get progressively worse from here onwards, just as they did after previous Aprils. 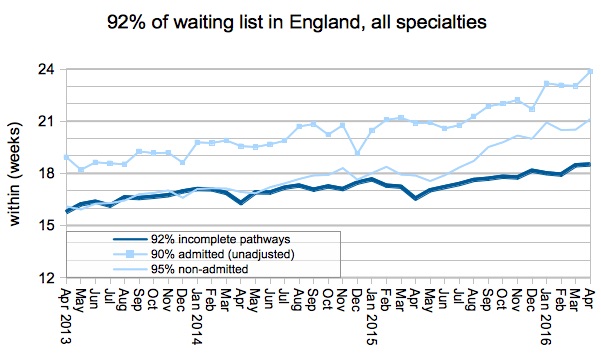 Burton Hospitals NHS FT stopped reporting in April, but the good news is that several Trusts are due to resume reporting in the next few months. 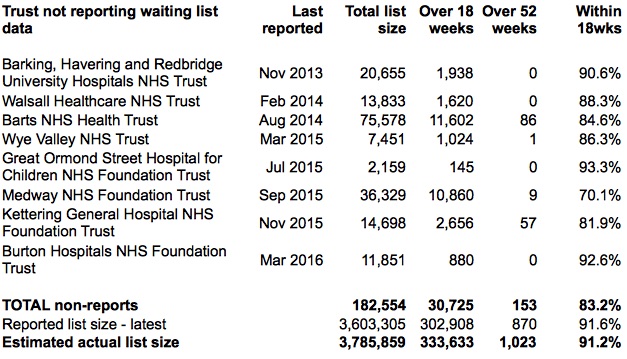 All the figures below are the official ones, without any adjustment for non-reporting Trusts.

The waiting list grew rapidly in April, significantly widening the gap with previous years. This year-on-year growth is the main reason why waiting times are lengthening and why 18 weeks is now being breached. 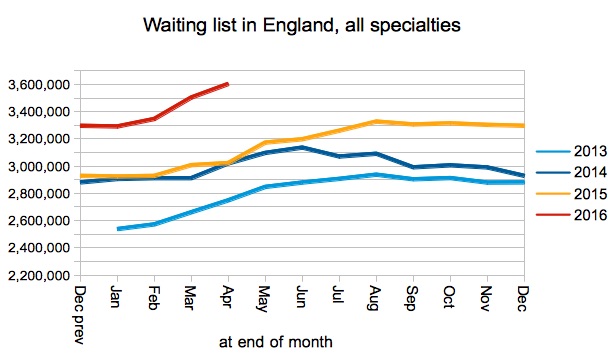 Admissions per working day remained lower than previous years, and this was not helped by the junior doctors’ strike. 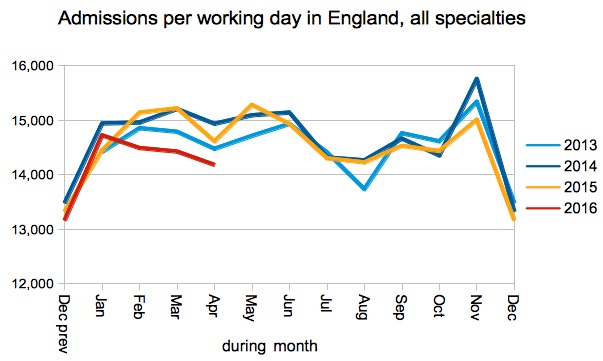 Long waiters over 18 and 26 weeks crept up. We cannot place much reliance on the over-52-week position because so many Trusts with long waiting times are not reporting their figures. 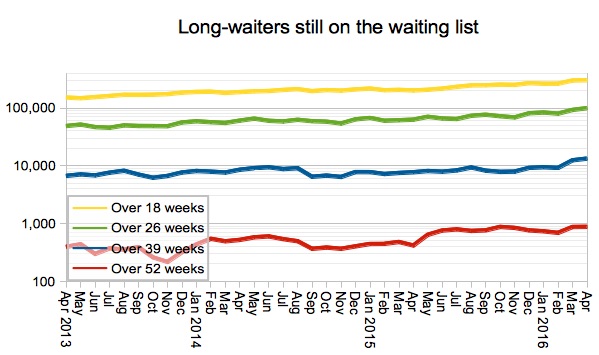 If you are wondering about the dramatic spike in neurosurgery waits in March, that was caused by King’s College Hospital NHS Foundation Trust resuming reporting. 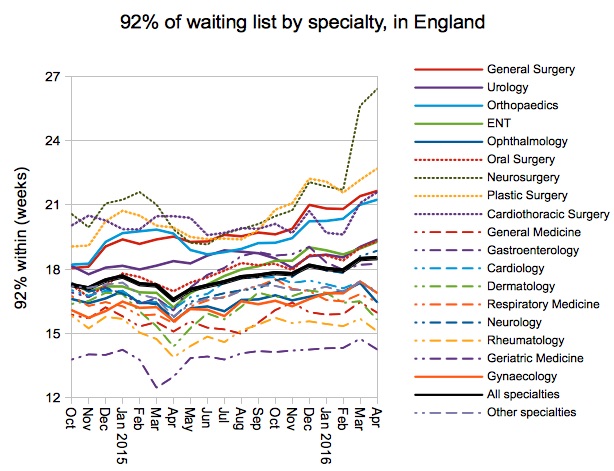 The proportion of local specialties achieving 18 weeks remained almost static at 73.5 per cent. 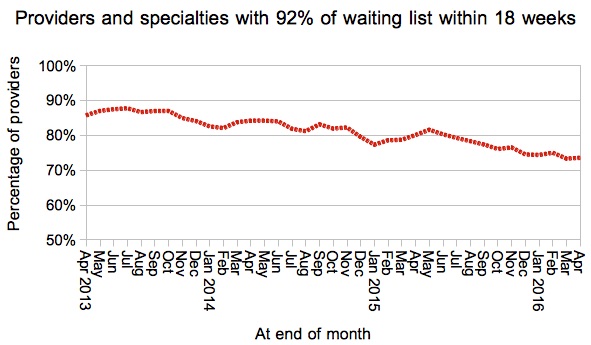 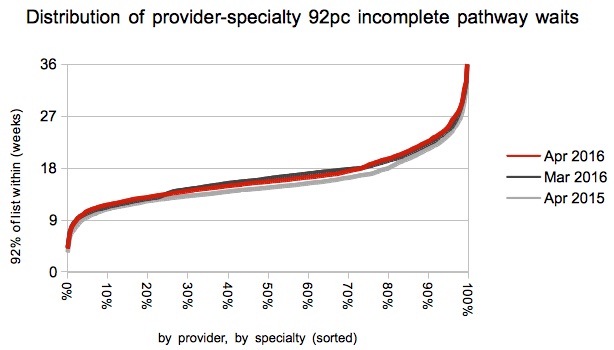 The rising waiting times at Brighton and Sussex University Hospitals NHS Trust continued – up from 31.1 weeks in March to 31.5 weeks at the end of April. But it is good to see The Robert Jones and Agnes Hunt Orthopaedic Hospital NHS FT dropping right down the table, after reducing waits from 23.2 weeks in March to 21.4 weeks in April.

A few Trusts did drop out of the Top Twenty completely, but as their waiting times remained well above 18 weeks I shall spare their blushes.