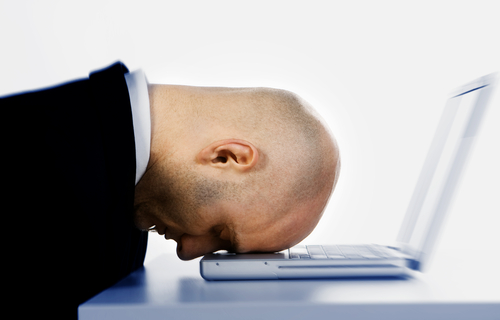 When would you give up on waiting times?

England’s referral-to-treatment waiting times broke through the 19 week mark at the end of September, and nearly one in three local hospital specialties is now breaching the “92 per cent within 18 weeks” target.

This was not supposed to happen. Every trust in England has agreed a trajectory to recover and sustain ’18 weeks’, but things are clearly heading in the wrong direction. Unless something big happens, and the NHS starts keeping up with demand again, I cannot see the 18 week target ever being achieved again.

When would you, as an NHS manager, give up on waiting times?

At what point would you stare incredulously at the ever-growing list of patients who are breaching (or about to breach) 18 weeks, throw it down on the table, and declare flatly, “There’s no way we can get them all in on time. We just don’t have the capacity. We’ve tried everything, but now it’s just impossible”?

And then what? You stop trying to get the long-waiters in, so patients are increasingly booked out of turn. Waiting list initiatives cease. Waiting times shoot up, and one year waits become commonplace again.

As the waiting list grows, the job of administering it becomes overwhelming. A small army of clerks battles to validate the waiting list, but the task is running away from them. Data errors multiply. Appointments and operation dates are increasingly sent to non-existent patients, so DNA rates soar and productivity plummets. The vicious cycle takes another turn.

Hopelessness is infectious. New outpatient waits become so long that cancer is often detected too late. Intricate cancer pathways unravel and long waits become commonplace there too. Follow-up intervals are stretched, and ophthalmology patients go blind. Waiting times for diagnostics go up to months, then a year. GPs start referring patients earlier and earlier, so that by the time they reach the front of the queue they’ll probably be ready for their operation.

By now, we are way beyond the point where something has to give. It gave long ago. It gave when we gave up, when we felt that we had lost control.

I don’t think this is inevitable. It’s not just about the money (although more would certainly help). It’s also about how our management processes work.

Let’s go back to the start of this scenario, when we were looking at a long list of patients who were breaching or about to breach 18 weeks (often referred to as a PTL). We felt we had lost control when it was impossible to book them in. But 18 weeks is an arbitrary threshold – why should that trigger something as fundamental as a loss of management control?

It’s only possible if our management processes revolve around that particular number. If we designed our processes around something else instead – the needs of patients, for instance – then our ability to manage would be unaffected by passing an arbitrary threshold.

Waiting times are a function of two things: the size of the waiting list, and the order in which patients are scheduled. Even if you can’t stop the waiting list from growing, you can still schedule well by managing patients according to their clinical priority and their place in the queue. And if patients are validated continuously as they pass waiting time milestones, then the job of validation becomes more manageable because it rises with throughput not the size of the backlog.

Now you can pat your schedulers on the back and say, “I know waiting times are up at 24 weeks, but that’s because the waiting list is very large which isn’t your fault. Your scheduling performance is excellent – well done for a great job.”. By unhooking scheduling performance from the target, you have retained management control and job satisfaction no matter what happens to waiting times.

At the end of the day it’s all about managing, in both senses. Managing the hospital, and managing to cope. Things can only run away from us if we lose control. We might breach some targets. But we won’t lose control, so long as our management processes are designed around the needs of our patients and not some arbitrary standard of performance.