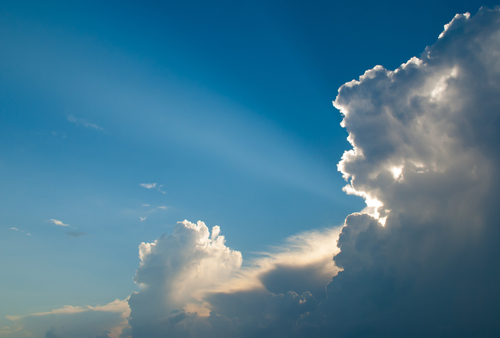 Not giving up on elective waiting times

When times are tight, you can’t have everything. You have to prioritise. And in the NHS, where such decisions can literally be matters of life and death, priorities need to be managed very, very carefully.

The Next steps on the NHS Five Year Forward View document makes the clear and correct judgement that emergency and cancer patients have a higher priority than routine elective patients, so if one of the NHS Constitution standards has to give, it should be referral to treatment (RTT) waiting times.

RTT waits are already breaching the national 18 week standard, and the lifting of financial penalties (for trusts that have agreed trajectories) means they are probably going to rise even faster than before. That is bad news. And the buck – for breaching the NHS Constitution, the underpinning legislation, and the basic promise to patients – stops with the Government for relegating 18 weeks to “Overall 2020 goals” in their mandate to NHS England.

But this very gloomy cloud has a silver lining, because the lifting of financial penalties opens up several welcome opportunities:

First, let’s have an amnesty on all the creative accounting that goes on around waiting lists: things like deliberate late validation, the questionable use of active monitoring, and overly strict management of patients who did not attend.

Such tactics flatter the trust’s apparent performance, but that is not the biggest problem. They also make it difficult to manage the waiting list, because it isn’t clear which patients are really waiting or what their needs are.

So let’s follow the spirit and not just the letter of the RTT Rules Suite, and get the true waiting list out on the table where everyone can see it. Then we can provide a fairer and better service to patients, and reduce the risk of DNAs and wasted capacity caused by trying to book patients who aren’t on the waiting list.

The needs of patients

Second, let’s stop managing to the target, and start managing according to the needs of patients. In practical terms: stop focusing on lists of patients who are about to breach an arbitrary waiting time. That approach may help you treat longer waiters, but it doesn’t stop short-waiting routine patients from getting in, nor does it tell you when the task is becoming impossible because the waiting list is too big.

Instead, let’s return to the time-honoured principles of treating urgent patients quickly and routines broadly in date order. Then patients will always be scheduled safely and fairly, and waiting times for routine patients will depend in a predictable way on the size of the waiting list.

Third, let’s keep waiting times short for new outpatients. According to the National Cancer Registration and Analysis Service in 2007, only 25 per cent of cancers were referred on the two week wait pathway, with similar numbers being referred without suspicion of cancer, and the same again via an emergency admission.

So it is essential to maintain short waiting times for outpatients, so that specialists can detect urgent conditions in time. If RTT waiting times must rise, then let them rise at the admitted stage of treatment.

Fourth, let’s give a high priority to those patients who need to attend regularly because they have conditions like macular degeneration or glaucoma, or need endoscopy for cancer surveillance. These patients are clinical priorities because they are time-limited, but they are not subject to targets and so their visibility has historically been low.

It is frankly a disgrace that patients are going blind because their follow-up intervals are being stretched. If we are going to make the right trade-offs then we must put these patients ahead of routine electives when we update our capacity plans.

Fifth, let’s keep up the pressure on ultra long waiters. If a routine patient might typically wait 24 weeks instead of 18, that isn’t the end of the world for them. But waiting as long as a year might be. So we need to keep on top of those services where waits are exceptionally long.

These are mainly opportunities for providers, but also for the whole acute system. In fairness, I think NHS England and NHS Improvement are already well sighted on most of them. But they are going to have their work cut out attending to them all.