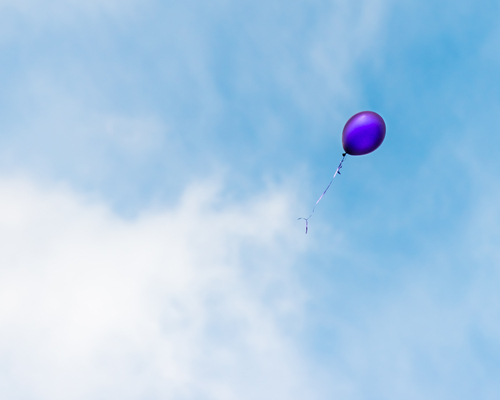 The waiting list finally rose above 4 million patients in June, according to the latest referral-to-treatment (RTT) waiting times data for England.

That 4 million figure is an adjusted one, because it includes the last known waiting lists at trusts who are currently not submitting data. If you leave those non-reporting trusts out then the official figure was just over 3.8 million, which is the largest since December 2007, and some two-thirds bigger than the 2.3 million achieved back in January 2009.

The number of admissions per working day dropped sharply to the lowest June figure since 2008. This is all rather sudden because admissions have generally held up quite consistently in recent years. But it is only a one month dip so far, and perhaps we will see a recovery in the next set of figures. If we don’t, then it could be an early sign that the renewed emphasis on A&E waiting times is starting to have an effect on elective admissions.

Waiting times breached the 18 week target for the 16th consecutive month, with 92 per cent of the waiting list extending to 19.5 weeks on the official figures. 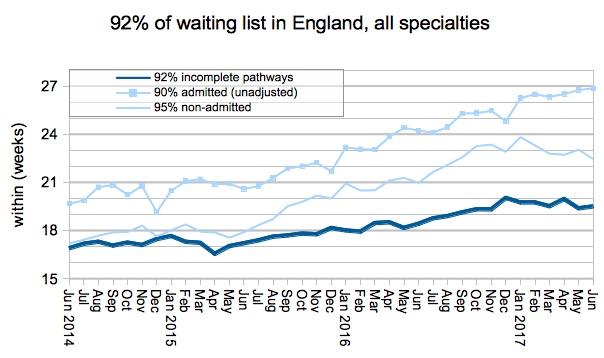 The waiting list crept up on the official figures, and it would need to shrink to below last year’s level before 18 weeks became achievable again. 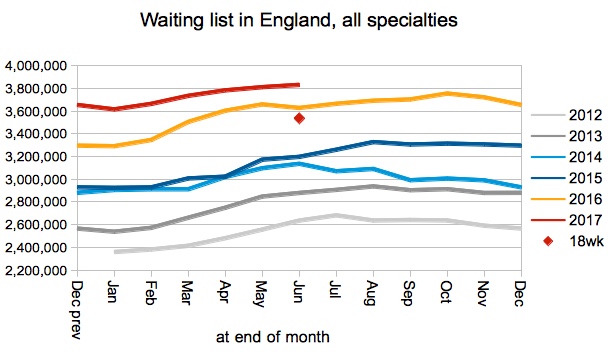 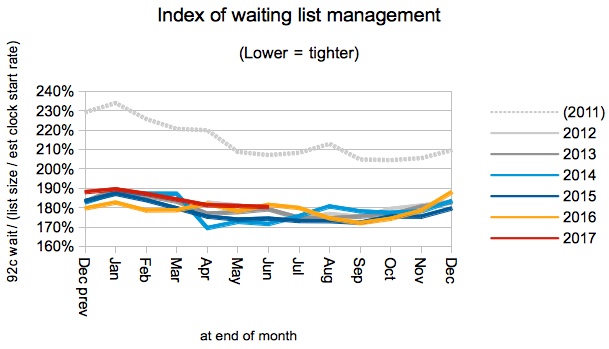 Admissions per working day were the lowest of any June since 2008. Let’s hope this is a one-off, because the NHS is clearly not keeping up with demand and this low admission rate is not helping. 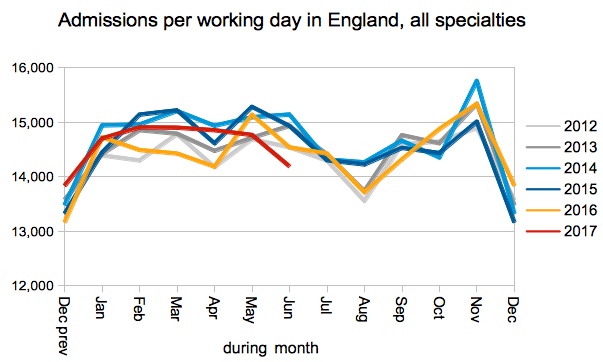 The number of one year waiters fell in June by 107 patients on the official figures, but this is entirely accounted for by The Royal Orthopaedic Hospital NHS Foundation Trust ceasing reporting and taking 108 one year waiters with them. 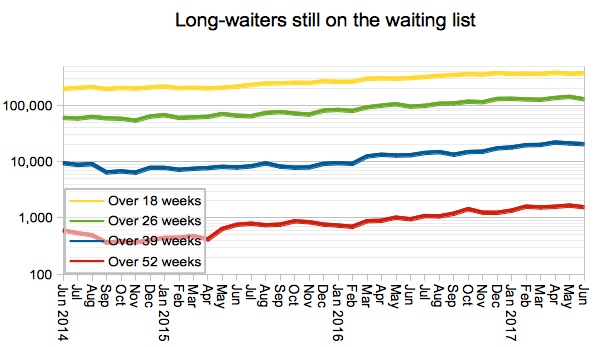 Looking at the various clinical specialties, there was a mixed picture with some specialties shortening their waiting times in June and some getting longer. 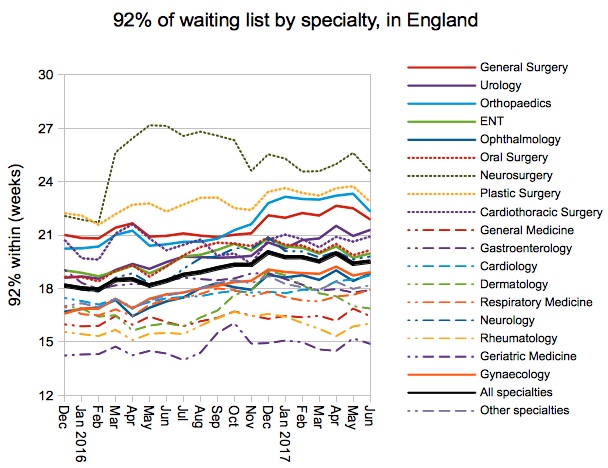 Looking at the data by specialty and by provider, the proportion of local services achieving the 18 week target eased downwards very slightly… 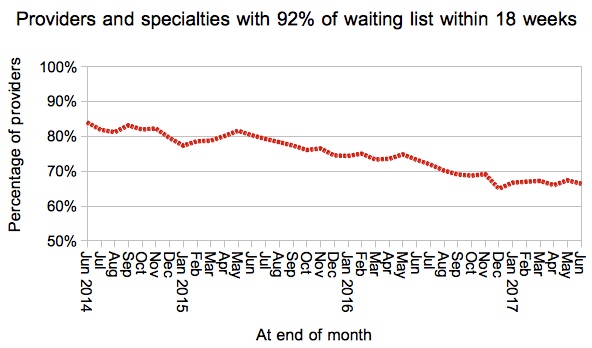 …as the distribution of waiting times erased the anomalous bulge that we saw in May, to reveal a more typical curve with waits rising fastest at the long-waiting end. 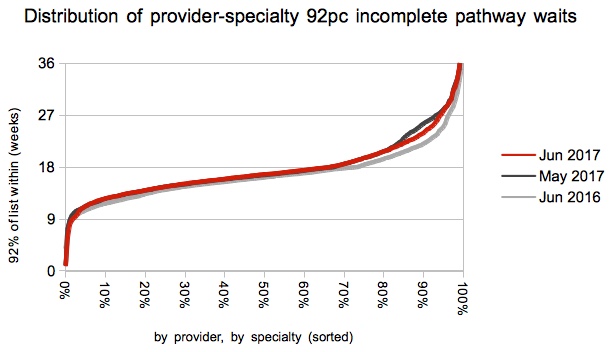 The only other big mover on the table was West Suffolk NHS Foundation Trust, who have been experiencing data problems so hopefully this improved position is a sign that this is being sorted out.