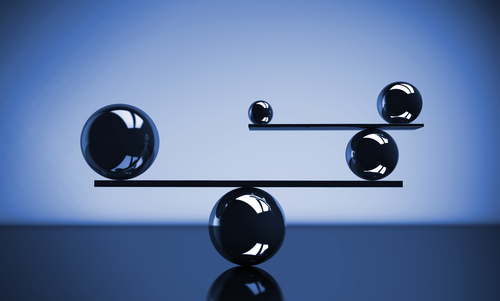 The contracting “must do” that you probably aren’t doing

The annual contracting round is quite a set piece nowadays, and everyone has a well-rehearsed role to play.

The CCG want to control their spend (especially on tariff activity). The trust’s finance department want to maintain and grow income, while operational managers worry about breaching access targets and whether they have enough capacity to deliver the work. NHS England want to make sure that an agreement is reached and is affordable.

There is one thing that every part of the NHS absolutely, positively has to do. It doesn’t have to do it every year, but there is no escaping it in the long run. There are no targets for it, budgets are not based on it, CCGs don’t even collect data on it, and not all trusts calculate it.

What is it? Keeping up with the demand for healthcare.

In the long run, the NHS can do no more and no less than keep up with the demand for its services.

The demand for emergency care has to be met as it arises.

This year the money is particularly tight, and money and A&E waiting times are the top priorities. So many CCGs are keen to let waiting lists grow to the absolute limit that is consistent with achieving 18 week waits. This tactic would score them a modest reduction in next year’s activity, but then they could not repeat the trick the following year without breaching. Once they have reached the brink, there really is no option but to keep up with demand.

So keeping up with demand should be the central planning scenario in the contracting process – the scenario that baseline activity, baseline capacity, and baseline money all revolve around. Anything else is only temporary.

But tricky to calculate

But calculating demand is trickier than it sounds. What do we mean by “demand”, anyway?

What we really need to know is the activity (and capacity, and money) that is needed to keep up with demand – so we need to discount inappropriate referrals that ‘bounce’, and patients who are added to the waiting list but do not in the end require treatment. This is sometimes referred to as ‘net demand’.

So how can we calculate ‘net demand’? Clearly it isn’t the same as referrals. We could calculate it by counting additions to the waiting list and subtracting removals who don’t get treated, but neither of those numbers tends to be particularly accurate in most NHS IT systems. The method I prefer is activity plus growth in waiting list (ideally with a little tweak to account for removals), which is usually pretty reliable, but to keep the “additions minus removals” method in reserve as a backup.

There’s more. Let’s say demand for a surgical pathway is being bottled up in outpatients, and the outpatient waiting list is growing as a result. That means the number of patients converting onto the inpatient and daycase waiting lists is being artificially depressed. So the demand for inpatient and daycase surgery will be understated, unless you correct for what is happening in outpatients.

And then there’s the trend growth in demand to factor in, but I’m going to stop there. Those of you who do this year in, year out, will recognise these complications but many people don’t (even some who hold critical positions in the contracting process).

The core of any successful plan

The long and the short of it is this.

The one planning scenario that you should really go to town on is “keeping up with the demand for healthcare”. Work out the net demand, work out the cost of commissioning it, and work out the capacity it will require.

Do all of this properly, and in detail. Compare it with the capacity you have available, to see if it can be delivered in practice, and examine your performance assumptions if you need to close a gap.

When all this is done, there may still be a shortfall between keeping up with demand, and whatever you end up agreeing in your contracting discussions. If that is the case, then bear in mind that this shortfall is not really a saving – it’s a debt. It will need to be paid off one day, probably using extra capacity that is more expensive than if you had done it in the first place.

And that extra is on top of (yes, we come back to it yet again) keeping up with demand, which you cannot escape.

Gooroo Planner does demand-based activity and capacity planning properly, and is ideally suited to contracting. It even ties in the money, and forecasts the waiting times consequences of any given plan. If you’d like to learn more or would like a free on-site demo, then do get in touch.