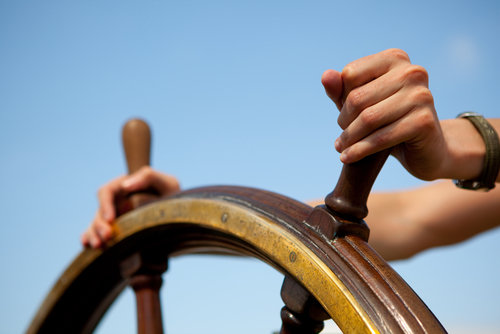 With patients being admitted from the waiting list at the slowest rate in years, and waiting list management running loose, you might think that waiting lists and waiting times would have risen in the autumn. Not so, according to the November figures just released by NHS England.

Unfortunately the picture is clouded by yet another large trust going on ‘reporting holiday’. But even if you factor that back in, waiting list growth held to around just 4 per cent annually which is low enough to stop waiting time pressures from rising. Waiting times duly eased back to just over 20 weeks.

Waiting times eased back slightly to 20.2 weeks in November on the reported figures, remaining well above the 18 week standard which has been breached since March 2016. 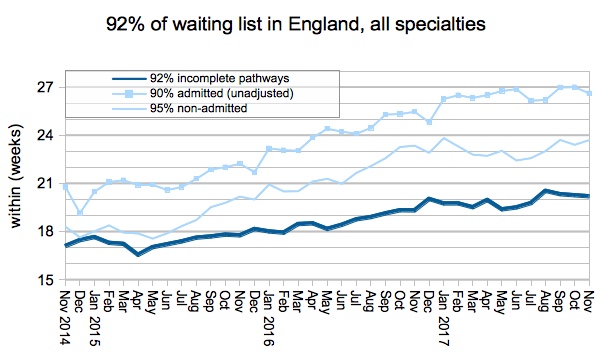 The Royal Orthopaedic Hospital NHS Foundation Trust started reporting RTT data again, but the much larger Mid Essex Hospital Services NHS Trust dropped out. This brought the estimated number of missing patients to nearly 300,000 which is the largest number ever, and comfortably beats the previous record of 266,000 set only the previous month. 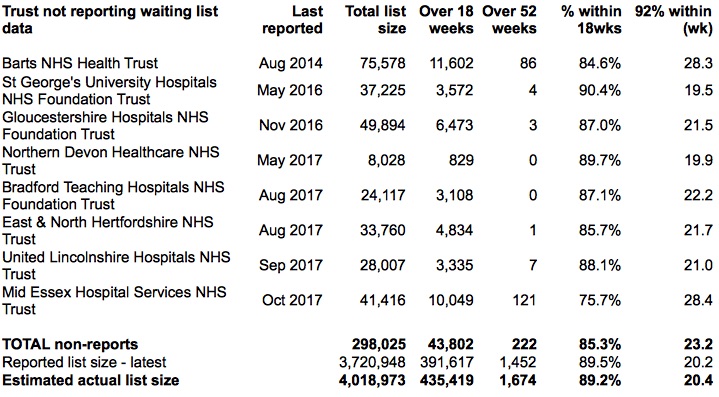 Returning now to the published figures which do not factor in non-reporting trusts, we find that the picture is unfortunately heavily skewed by non-reporting.

The apparent sharp drop in the size of the reported waiting list (shown in the chart below) is an illusion caused by non-reporting trusts. When those non-reporters are added back in, we find that the waiting list did fall, but only slightly, which is not unusual for the time of year. We also find that year-on-year growth in the waiting list has remained close to 4 per cent annually since April which is low enough to stop waiting time pressures from rising. 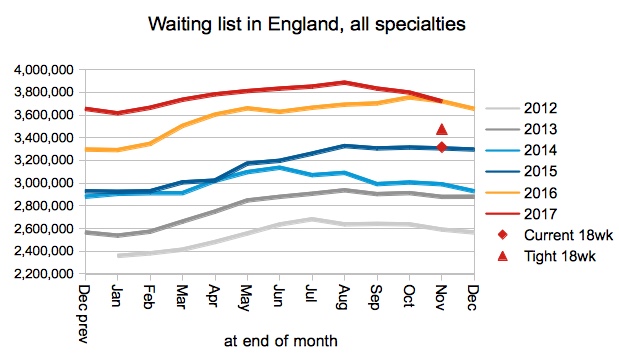 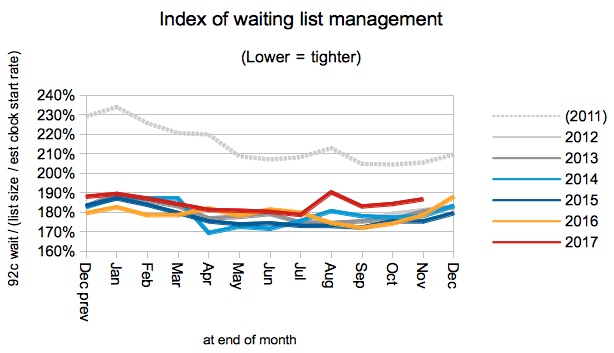 Admissions per working day remained low. It is possible that competition with non-elective services for beds could be the cause of both looser waiting list management and the relatively low admission rate. 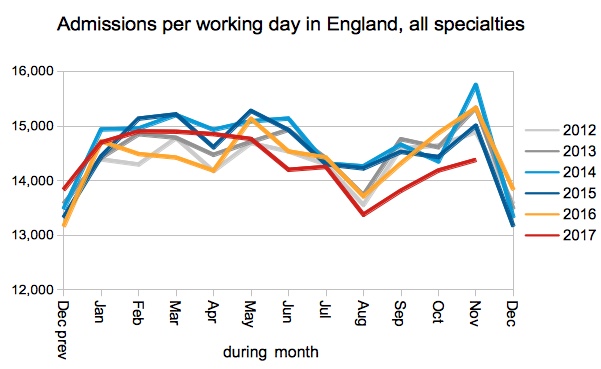 The reported number of ultra long waits remained high, although these figures are strongly affected by non-reporting trusts and should not be relied upon. 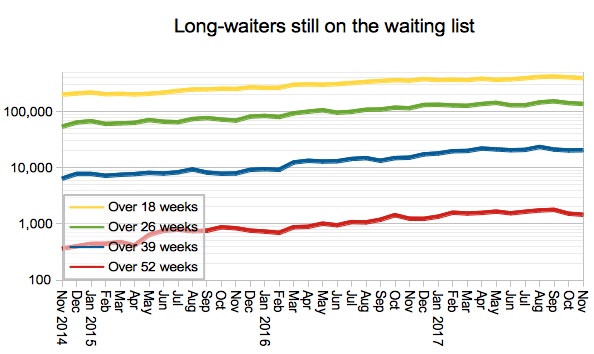 The 18 week standard continues to be breached nationally in all specialties except for three medical specialties. 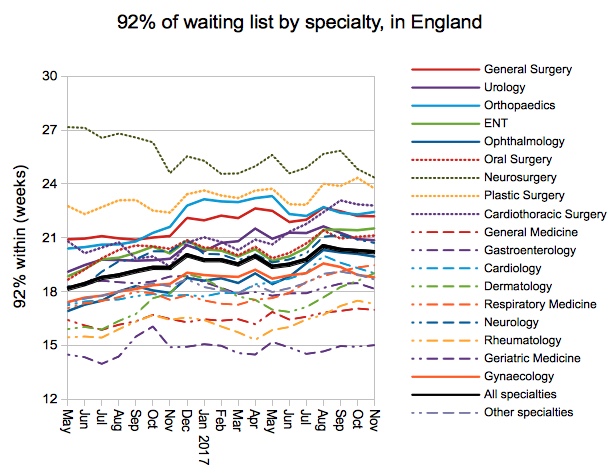 The proportion of local specialties within trusts, that are achieving the 18 week standard, remained roughly steady at 63.5 per cent, meaning that more than one-third of local services continue to breach the standard. 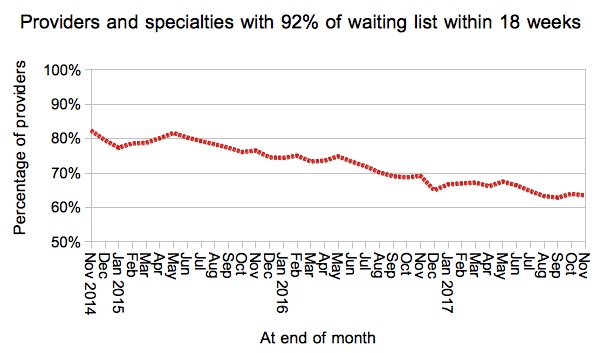 The distribution of local specialty waiting times remained steady, in line with the overall picture. 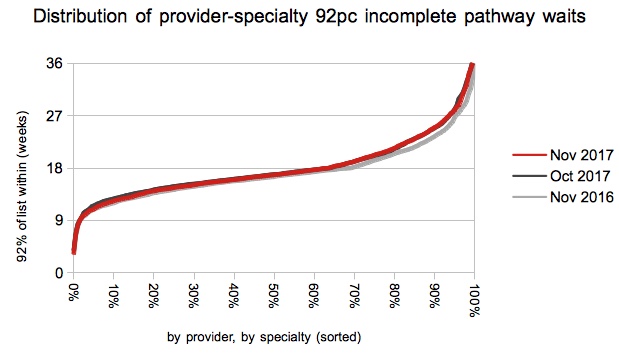 The table of the top twenty longest-waiting providers was also little changed on the previous month.