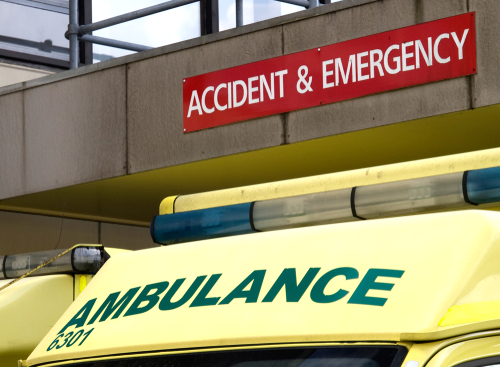 On a maximum 92% bed occupancy

systems and organisations will be expected to reduce general and acute bed occupancy levels to a maximum of 92%. This means that the long period of reducing the number of beds across the NHS should not be expected to continue.

Monitor’s important 2015 report “A&E delays: Why did patients wait longer last winter?” stated firmly that “Patients waiting to be admitted to hospital from A&E were the main national reason for A&E delays” and identified “other hospital departments” (i.e. beds) as the only driver having “considerable impact” on A&E waits.

In 2017, NHS Improvement noted that “an occupancy rise from below 88% to the 88%-92% range is accompanied by a one-off drop in [A&E waiting time] performance of 3% for the average trust. When occupancy moves above 92% there are increasingly large reductions in performance reaching 8% when occupancy is at 100%”.

They fleshed this out in 2018, adding “Some trusts can operate well with high bed occupancy while maintaining good performance, by compensating with the other factors we’ve identified below (eg higher resilience, more senior workforce) or others we have not analysed (eg by narrowing the gap between beds becoming available and being filled).”

That’s NHS Improvement’s evidence, but what about evidence from elsewhere?

Other numbers are available

In June 2018, NHS Providers plotted bed occupancy against A&E waits and came to a similar conclusion but with a different number (88% bed occupancy) as the rough threshold for breaching the 4 hour target.

In the same year, a literature review by NICE graded the quality of evidence in this area as being unfortunately very low, and commented that “In setting an optimal occupancy rate, hospitals would need some flexibility in choosing a safe upper limit which needed to take into account case mix, variations in the proportions of elective and emergency admissions, and the ability of community services to respond to timely hospital discharge”.

Finally there is the 85% bed occupancy figure, which is the most famous result of a modelling study in 1999 but was not in fact the main message of that paper. Here is their actual conclusion in full:

There are limits to the occupancy rates that can be achieved safely without considerable risk to patients and to the efficient delivery of emergency care. Spare bed capacity is therefore essential for the effective management of emergency admissions, and its cost should be borne by purchasers as an essential element of an acute hospital service.

So let us split the planning guidance’s expectation into two parts: the direction and the number.

But what about the 92% figure?

We should remember that A&E waits are only one measure of performance. Bed congestion creates other problems too, like patients ending up on the wrong ward, and elective cancellations, all of which increase risk for the patients affected. As we saw above, NICE looked at several measures and concluded that one size does not fit all when it comes to bed occupancy.

That chimes with ECIST guidance which I published jointly with NHS England and NHS Improvement last year. Rather than fixing on a particular number, each hospital can determine the bed occupancy that is consistent with an acceptable risk of running out of beds.

And actually, the planning guidance is consistent with all that. It does not call for 92% bed occupancy everywhere, rather “a maximum of 92%” – a reasonable upper limit that most hospitals will want to get well below.

Which brings us on to the next question: if bed occupancy is too high at your hospital (and it probably is), what can you do about it?

The suggestions in the planning guidance are sensible:

All those suggestions have high potential to reduce bed occupancy and risk, although clearly there is a sizeable price tag attached to the first.

So have NHS England and NHS Improvement got this bit of the guidance right? I think they have.

If it can be achieved, lower bed occupancy has enormous potential: improving non-elective flow, ED waiting times, outliers, disruption to elective care, and RTT waits. Granted, a lot of weight is being borne by that ‘if’. But it is the right priority.