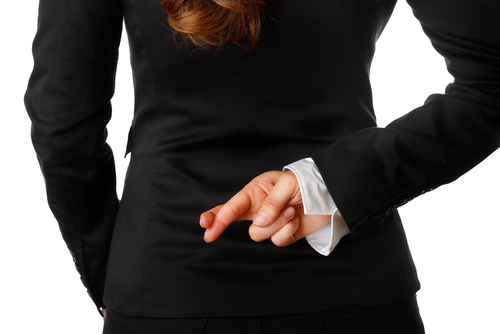 This article was first published in the Health Service Journal, jointly with Karen Hyde and John Bennett

The English waiting list continues to break new records in the aftermath of covid, and even the Secretary of State says it could reach 13 million patients. But the referral-to-treatment data – bad as it is – doesn’t reveal the full scale of the backlog, partly because not all waiting lists fall under RTT rules, but also because the RTT waiting list data is inaccurate and incomplete.

The scale of these hidden delays could be vast – millions of patients. Some could wait for years, some indefinitely, always taking second place to the swelling RTT waiting list and the targets that surround it. Some patients who need urgent care will end up with disability or death. Others are already in terrible pain. All deserve better.

I’m Rob Findlay (RF) and I am joined by Karen Hyde (KH) and John Bennett (JB), both of whom have years of experience at tackling inaccurate and unsafe waiting list data.

RF: Let’s start with the idea of a waiting list data amnesty, to allow NHS organisations to come clean about the full extent of their waiting lists, without fear of being sanctioned for not reporting them properly before or because they are now breaching targets. We all agree that an amnesty would be a good idea, but why now?

JB: Obviously covid is the trigger. Things are so bad, we may as well reveal the full scale of the backlog otherwise we won’t be able to recover. More importantly, the missing patients face greater risk and harm than before because waiting times are now so long.

RF: You talk about patients going missing, but how does that happen?

KH: There are lots of ways. Many staff don’t understand the complicated RTT rules, and many PAS’s (hospital Patient Administration Systems) don’t handle them properly either. So a patient might need physiotherapy before they can have surgery, but someone stops their waiting time ‘clock’ on PAS after the physio and then nothing happens because there is no failsafe to show the patient is still waiting for an operation.

Or patients are put on (non RTT) ‘active monitoring’ when they are waiting for a diagnostic, because otherwise the hospital would breach the six week diagnostic target, and then they start a new RTT clock from zero at the follow-up clinic.

RF: Are these always innocent mistakes, because that last example sounds a bit like fiddling the figures?

JB: Fiddling the figures, gaming the target… it does happen. For instance, hospitals have ‘exclusion criteria’ to (correctly) exclude maternity and A&E patients from the waiting list. But I’ve seen one hospital (wrongly) exclude all patients waiting over 18 weeks in a major specialty, and hit the target that way.

KH: After replacing their PAS, one trust excluded any patient who had been referred before 2018 – nearly half a million patient pathways. When they ran the waiting list report properly, it crashed the system four times. Many of the patients shouldn’t have been on the waiting list, but many should, and it was a major news story when it all came out.

RF: Is that the worst you’ve come across?

KH: The one that made me cry was an outpatient department that (wrongly) stopped the clock on every patient who attended, because that’s what they had been taught to do. They’d been doing it for at least 17 years. Sometimes things like this are down to one member of staff who’s been there for decades and always says ‘just put a 30 on it’ (which stops the clock), and everyone listens to her even though she’s never been trained how to apply the RTT rules properly.

JB: There are big mental health trusts with lots of consultants who must be delivering consultant led care, and yet they have never reported any RTT waiting lists.

KH: A lot of patients go missing in the national e-Referrals Service for outpatients, when trusts don’t open up their appointment slots on the system and the patients become ASIs (Appointment Slot Issues – a form of ‘pending’ list). Trusts often fail to report these patients as waiting, and if they’re left too long the system just deletes them automatically.

JB: Patients get ‘lost to follow up’ which is a general phrase that people use, when patients are referred for a follow-up appointment or planned procedure, but nobody tracks them because there are no targets for follow-ups. And clinic outcomes not being recorded correctly (or at all) – that is really common and means the hospital doesn’t know what the patient needs next.

Then there are bigger IT problems, like American PAS’s that just weren’t designed for waiting lists. One trust got a new PAS and took seven years to set up the inpatient waiting list on it. Sometimes records from the old PAS don’t migrate to the new PAS, so it’s just a massive dump of unstructured data that can’t be used to manage patients.

RF: So where should we even begin to fix these problems?

How to fix it

KH: We have to at least start talking about it. Most Boards don’t – it’s in the ‘too difficult’ tray. So staff spend their time finding workarounds instead of changing the process. And I’d love people to stop talking about cohorts of patients. Make it personal: would you want your dad to have his clock reset?

RF: There are bright spots though – I heard a manager recently who kept stressing, “We never want to lose another patient.”

JB: Yes there are good people doing good things. The new waiting list minimum data set is encouraging because it includes non-RTT patients and that makes a lot of this visible. People will sort it when they realise how important it is.

RF: That’s probably a good place to draw to a close. Winston Churchill said, “Never let a good crisis go to waste”, and although the global pandemic has hit the NHS hard, this is a once in a generation opportunity to get the true waiting list out in the open, starting with an amnesty on data quality. Otherwise the NHS won’t know who to treat next, and harm and waste will follow. I’d like to thank John and Karen for the benefit of their enormous experience, and for explaining the scale of the problem so clearly.