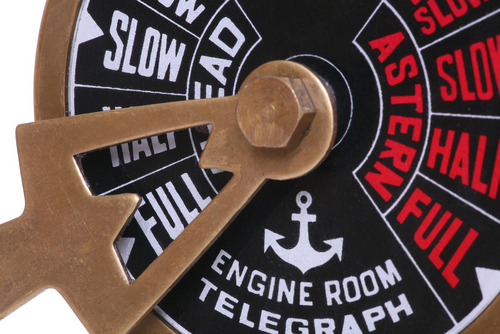 That’s five weeks on Friday. So, how’s it going?

In many parts of the NHS, it seems that this year’s contracting round has only just got into full swing. And there’s a lot to do. Processes and methods have to be agreed, historical data needs to be shared, checked, agreed, and frozen, stakeholders need to be involved… and all that is before you get into the serious stuff like demand management, performance assumptions and pathway changes.

Back in September, I suggested a process for getting through the contracting round in one go, with all the process stuff cleared up early on, so that the substantive negotiations in January and February could focus exclusively on those key areas that lead towards agreement. You can find the details here. Now that we have reached late January, what does the alternative look like?

If the complex process items have not already been dealt with, then the contracting round may end up in a mad last-minute scramble. Then the carefully-constructed involvement of operational managers and other crucial stakeholders is overturned in some kind of last-minute deal. (You know the kind: incredible demand management; speculative pathway changes; arbitrary new-to-follow-up ratios).

So the bottom line balances, and Monitor/TDA/NHS England are pacified. But what’s the point? Operational managers are unlikely to implement a plan that nobody believes; and what is the point of a plan that is never implemented?

And then? If there isn’t a credible plan, then life carries on. Capacity does not get adjusted to match demand. As time goes by, activity and demand drift apart. Some parts of the NHS find they can down tools at 3pm because there aren’t enough patients. Other parts struggle because they are swamped, and start relying on extra sessions and outsourcing to the private sector (at some expense) until eventually someone does a business case to get the baseline right with new money.

Regular planning should help managers to adjust baseline capacity a little and often, so that adaptation can happen continuously instead of through fire-fighting, followed by crisis and upheaval.

Perhaps the problem is this focus on top-down annual planning? If we had bottom-up continuous planning we’d all see the benefits. And then the annual planning round would just take care of itself.

Fully-automated continuous planning is available now. To find out more, email info@gooroo.co.uk and ask for a free on-site demo of Gooroo Planner.