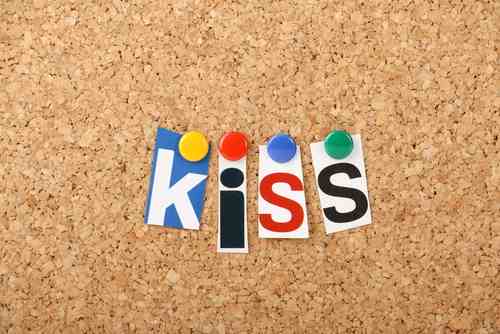 Let’s start with a little perspective. Six years ago, at the end of January 2008, there were 306,034 one-year-waiters on English waiting lists. Now there are just a few hundred. Six years ago, 39% of patients on the waiting list were beyond 18 weeks; now it’s only 6%. So waiting times are a lot better than they were, and if unreliable data means that ’18 weeks’ could mean 21 then it’s still a huge improvement.

To their credit, the NAO do make that clear, and in general I agree with what they say and recommend in their report. For me, the thing that shines through is the sheer complexity of referral-to-treatment (RTT) waiting times.

For a start, there are four targets where two would do. The two older targets cause “perverse incentive” (in the NAO’s words, with which I heartily agree), and include complicated rules on clock pauses (which the NAO spend many pages on, and say “cause trusts particular difficulty”). The two newer targets don’t have those problems.

So here is something immediate that NHS England, Monitor, and the CQC could do right away to reduce massively the complexity of the RTT targets: retire the perverse “adjusted admitted” and “non-admitted” targets.

By all means, carry on collecting the admitted and non-admitted waiting times data (preferably without adjusting for clock pauses) as a cross-check on the harder-to-collect waiting list measures. But this NAO report provides a perfect opportunity to move on from the legacy targets, give hospitals freedom to treat their longest-waiting patients, and do away with the rule that says every time they treat a long-waiting patient they must also treat 9 short-waiters.

That would leave just two targets: the “incomplete pathways” target that stops long-wait backlogs from building up, and the zero-tolerance target on one-year waits. Strip it all down to just those measures, use them as the basis for all the comparison data on NHS Choices and other websites, and that would give GPs and patients the single clear story about waiting times that they need.

The NAO also put in a good word for the unloved Choose & Book service (of which I am also a fan). When Choose & Book works, it’s great: patients can choose an convenient outpatient slot themselves online or through the call centre, it’s fair to hospitals because the waiting time clock only starts when that happens, and (as the NAO point out with relish) it saves hospitals a huge amount of admin.

So why is Choose & Book unloved? One reason is that it’s often hard to get a slot. Many hospitals limit how far ahead patients can book (the so-called “polling range”), and only make slots available within the next 6 or 7 weeks. The logic is that, if patients book themselves too far into the future, it will make it hard for the hospital to achieve 18 weeks.

But what often happens is that the waiting list grows, the patients all book themselves in, and all slots up to the limit are filled. Then any new patients looking for a slot cannot find one, at which point the hospital is obliged to arrange some more clinic time, book the appointments manually, and tell the patients and their GPs: that’s a lot of administrative work instead of no work at all.

The problem here is an over-large waiting list. Limiting the slot availability isn’t going to fix that; it’s a demand/capacity issue. So it would be much better for the hospital to open up the Choose & Book slots, save the admin effort, and tackle the waiting list directly.

Choose & Book lends itself very well to good patient scheduling and, if the hospital wants to actively manage it (and use it as a waiting times indicator), then it can keep adjusting the polling range so that empty slots are always available in a choice of 3 different weeks (and tackle the waiting list if that gets too far into the future for comfort).

Apart from that, much of what the NAO recommends is rightly about attention to detail: making sure staff are trained on the 18 week rules, and getting the admin right. This is the hard daily work of continuous improvement, and it’s important.

More generally, I have to say that I was very surprised by the high level of error the NAO found in their modest sample of orthopaedic records. My impression is that generally the NHS has been steadily improving its recording of waiting lists and times.

If the error rate is anything like as large as the NAO found then there is plainly a long way to go. Government, regulators and the public will rightly expect this to be fixed. And then the NHS can show how much waiting times have really come down, and remove the slur that it only looks good because the data is dirty.