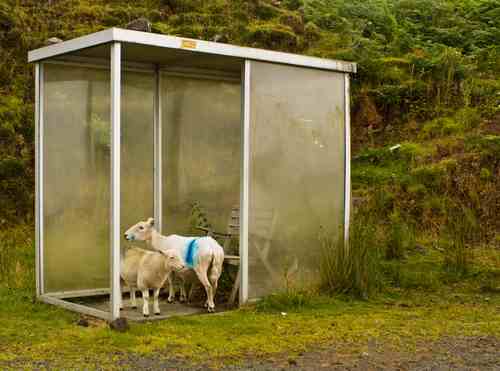 The underlying position on Scottish elective waiting times has taken another turn for the worse.

Not that anybody in the media seemed to notice. The trouble with the Scottish data is that it’s complicated. There are lots of targets, they’re applied very differently, and the figures are heavily adjusted for all those patients who have their waiting time clocks paused or reset.

On top of that, one of the bigger Scottish Health Boards (Lothian) has had particular issues with its waiting times in recent years, and that muddles the national picture (so I have excluded them from all the figures in this analysis). And then there’s the little wrinkle that the basis for counting outpatient waits changed slightly in the latest data, which will account for some of the deterioration there.

Amongst all of that, how can we tell what is really going on? Let’s look at the three main targets in turn.

The highest profile target is the Treatment Time Guarantee (TTG), which is an absolute target that nobody will wait more than 12 weeks at the inpatient or daycase stage of treatment. It was missed in the latest quarter (to June), but then it has been missed by a similarly small margin ever since it was introduced, so it is understandable that this didn’t catch much attention.

The next most prominent target covers referral to treatment (RTT) waiting times. Here, the promise is that 90 per cent of treated patients should have waited less than 18 weeks since their original referral. This target was breached back in March and got the full front-page treatment across Scottish newspapers, but it was achieved again in June and so wasn’t much reported this time around.

Scottish RTT waits are not very revealing anyway. There is only one measure, and it only covers those patients who were lucky enough to be treated. Like the English “adjusted admitted” RTT target, it is possible to achieve this target month after month simply by treating nine short-waiters for every one long-waiter, and that tactic works no matter how long the remaining waiting list grows.

The TTG is a counter-measure to that tactic, and is successfully holding down waiting times at the inpatient and daycase stage of treatment.

But what about the corresponding wait for outpatients? This is where the problems are piling up.

The least-prominent target is that no outpatient should wait longer than 12 weeks for their first appointment. Unlike the TTG, it is not legally binding. Even if waiting lists are going through the roof, it is quite possible to achieve the higher-profile targets by failing this one.

The outpatient waiting list has been growing steadily for two years now, and the number of long waiting outpatients on the list has been shooting up fast. (I’ve been warning about this since the trend began.)

When there is persistent growth in the size of the waiting list, the most obvious solution is to increase baseline activity so as to keep up with demand. That is expensive. And perversely, doing it will make the headline waiting times figures worse. Here’s how:

Imagine that the Scottish NHS does the right thing tomorrow, and increases outpatient activity to give appointments to all its long-waiting outpatients. Many of those patients would turn out to need further treatment, and be “converted” to the inpatient and daycase waiting lists.

Now imagine that enough inpatient and daycase activity could be provided to cope with the surge and treat all those patients. When they get their operations, how long will they have waited? Because they waited ages for their outpatient appointments, most of them will have waited more than 18 weeks since referral. So they would score as failures of the RTT target, tip it into breach, and we’re back on the front page of the Scottish papers again. (Which is why the RTT target is perverse: it deters health boards from treating long-waiting patients.)

But this problem will have to be tackled sometime. In the long run, the NHS can do no more and no less than keep up with demand. The expense cannot be put off forever. The longer outpatient waits are allowed to build up in Scotland, the worse it will be when the time comes to sort them out.