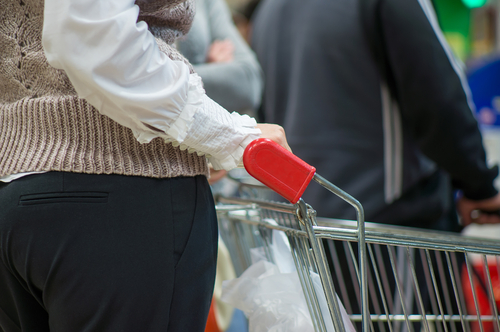 Targets missed, waiting lists growing… you could be forgiven for thinking that NHS waiting times are really heading down the plughole. If the NHS misses its targets that means things are getting worse, right?

Not necessarily. They could be getting better. Or worse. Welcome to the confusing world of NHS targets, where even the politicians and journalists often get it wrong.

Here’s what you really need to know.

NHS waiting lists are basically queues, and here in Britain we are good at queueing. We also have a famously strong sense of fair play, and don’t like it when people jump the queue unless there’s a good reason.

In the NHS some patients do have a good reason to jump the queue. Such as cancer. If you’re waiting for something like a hernia operation, you would understand if somebody with cancer jumped the queue on you. But if someone else with a similar condition to you jumped the queue, you’d get cross.

The good news is that patients with cancer and other urgent conditions generally do get rapid treatment in the NHS. The bad news is that targets mean non-urgent patients (often referred to as ‘routine’) commonly jump the queue too.

Obviously it would be much better if urgent patients were treated quickly and everyone else waited their turn.

And you want to the queue to be short, because the longer the queue (and the more queue-jumpers there are) the longer routine patients will have to wait.

And you want all the queues to have similar waiting times. Anyone who regularly visits a big supermarket is a master at judging the wait for every till, taking into account the fullness of the trolleys, the dexterity of the staff, and the pros and cons of basket-only and self-checkout. That is just a fraction of the complexity of the hundreds of queues in a typical NHS hospital, all with wildly varying waiting times.

When you’re in the supermarket, if you want to estimate how long you’re going to wait, you look at the queue. That is excellent advice in the NHS as well.

In England the queue is called “incomplete pathways” (terrible jargon) and the target is that 92 per cent of the queue should be waiting less than 18 weeks since referral. These waiting times fell dramatically under Labour up to 2009, plateaued for a while, and then in 2011 fell a bit further under the Coalition. Since then they have drifted up a tiny bit but essentially remained steady. So both governments can claim credit for improving waiting times.

Unfortunately, since 2012 the size of the queue has been rising again – and it may not be long before waiting times get noticeably worse as well.

In Scotland the queue is called “ongoing waits” (much clearer) and the target is that nobody should wait longer than 12 weeks from referral to their first outpatient appointment. If they need further treatment it’s another 12 week target between agreeing to treatment and getting it. Since 2010 the queue for inpatient or daycase treatment has been pretty steady, but the outpatient queue has been growing since 2012. So Scottish waiting times are going up too.

Simple huh? So why isn’t that always the story you get from the newspapers?

The trouble is there are lots of other ways of measuring waiting times. Instead of looking at the queue, people often look at patients whose wait has just come to an end, and this is where the confusion begins.

Imagine you work in a hospital, and you’ve let the queue get really long. You get some extra staff in to catch up with the backlog and treat the longest-waiters. If you watch the waiting times of patients who are being treated, then as the long-waiters come in your waiting times seem to go up, even though in reality you are making the queue shorter.

Now imagine the government sets a target that most of the patients you treat must be short-waiters. Now you can’t treat all the long-waiters without getting penalised, so you have to leave them waiting even longer.

Far-fetched? No, this actually happens in both England and Scotland. In England the so-called ‘adjusted admitted’ target means hospitals can be fined £400 for every extra long-waiting patient they treat.

So always look at the queue: that’s patients who are ‘waiting’. Don’t be distracted by how long patients ‘waited’ before treatment.

That way you’ll be a waiting times expert, and you can help keep our democracy nicely on its toes.