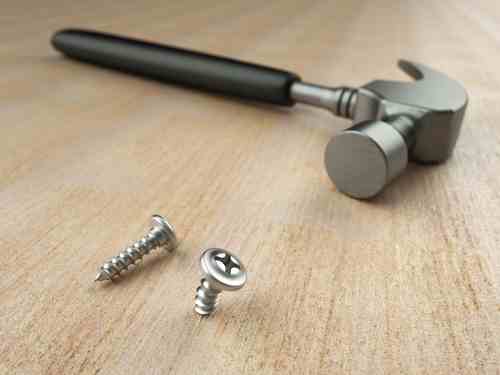 The Health Foundation and Nuffield Trust kindly invited me to speak at a parallel session of QualityWatch 2014 on 28th October in central London, alongside Celia Ingham Clark, Director for Reducing Premature Mortality at NHS England. This is what I said:

Let’s start off by unpacking waiting times a little.

Waiting times are actually a function of two things: the size of the queue, and the order in which you treat the patients.

So if you want to sustain short waiting times, then you need to keep the waiting list down to a reasonable size, and you also need to schedule patients so that urgent patients are always treated quickly enough (that’s safety), and routine patients are treated broadly on a first come first served basis (that’s natural fairness).

And you need to use the right tool for the job when you run into problems. If the problem is that your waiting list is far too big to sustain 18 weeks, then you aren’t going to fix that just by treating the same patients in a different order.

Now, I don’t think I’ve said anything controversial yet, have I?

So why is it then, that when we look around the NHS we see different things happening in real life?

Let’s start at national level. Nationally, the English waiting list has been growing rapidly for two years, and it’s now so big that it’s hard to sustain 18 week waits. Because there is long-term growth in the waiting list, that means there is a recurring shortfall between activity and demand. Yet the attempted solution, which we are currently in the middle of, is a one-off non-recurring waiting list initiative.

We also have national targets – the adjusted admitted and non-admitted standards – which actually punish hospitals for treating all their long-waiting patients. That means that once a patient has passed the 18 week mark they are effectively stranded according to these targets, unless the hospital wants to pick up a £400 fine for admitting them. This target is currently not being enforced – under an amnesty – to allow the NHS to clear the long-wait backlog, which is sensible. It’s sensible today, it will be sensible tomorrow, and it will be sensible next year too, so why don’t we just abolish the perverse admitted and non-admitted targets altogether, leaving the incomplete pathways targets at 18 and 52 weeks to do a better job?

Turning to local level, the dominant technique for managing waiting times is currently the PTL, where you draw up a list of all the patients who are going to breach by the end of the month and then try to get them in. PTLs are not wrong, but they do tend to focus attention on the longer-waiters to the exclusion of more fundamental problems such as the total waiting list being too big, or the safe and sustainable scheduling of all elective patients.

And there’s an issue about operational planning as well. Service managers generally plan just a few weeks ahead, based on the patients they know they have to treat and the staff and sessions they know are available. But this is rather short notice so it’s difficult to change very much, so they end up relying mainly on extra sessions, private sector capacity, and bank and locum staff, which is not only temporary but also an expensive way of delivering healthcare. On the other hand, even though today we’re only in October, everyone already knows that on the morning of Tuesday 12th May 2015, Mr Cutter will be operating in Theatre 3. Because Mr Cutter always operates on a Tuesday morning. And that’s when his predecessor operated too. So meaningful production planning is almost absent when it comes to the main working week.

All these national and local behaviours are quite entrenched in NHS culture and it takes a great deal of effort to change them. So although you can quite readily get people to agree that waiting times are a function of both waiting list size and patient scheduling, and that you can’t sustain short waits with a large waiting list… when the end of the month is coming and there’s a target to meet, all the old spreadsheets come back out again as everyone reverts to managing to the target. So it’s an uphill struggle.

One Trust that has made more progress with this than most is Blackpool, and we had at one point hoped to have Andrew Kent, who is Deputy Director of Operations for Scheduled Care at Blackpool Teaching Hospitals, joining us on the panel today, but as it turns out unfortunately his duties have kept him back at the ranch. So instead I’ll read you something he said in an internal email recently, with his permission:

The proof is in the pudding- waiting lists one by one are declining allowing a sustainable position and we are now understanding our true capacity gap or excess for planning next year, this is done by closely watching demand versus capacity, versus activity, over the months. … This will then lead to a reduction in overtime payments as we will have adjusted capacity to true demand – rather than just removing backlogs, only for them to build again as soon as we have done them.

Ultimately this is the solution to elective waiting times.

Keep shrinking all the waiting lists, and scheduling patients according to clinical need and natural fairness. And then, one day, we’ll be able to achieve what we all want, which is to abolish involuntary waiting altogether, in all sectors of the health service.