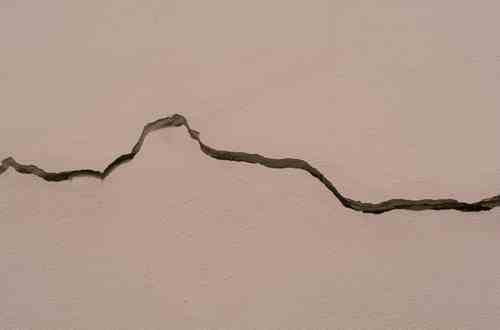 The estate agent’s board is going up next week. The first ads will be in the local paper shortly after. You were more than happy with the agent’s valuation – to be honest you were expecting it to be worth a bit less. Time to give everything a good clean-up and a lick of paint so it makes a good impression when the potential buyers start wandering around.

You start work in the spare bedroom. But when you move the wardrobe out, you quickly spot a nasty surprise. That crack definitely wasn’t there last year. And it’s not a small one either.

Do you ring the agent and tell them they’d better revalue? Do you point it out and apologise to all the potential buyers when they come round? Do you commission builders to underpin that side of the house and do the job properly?

Or, given that you’ll be out in a few weeks anyway, perhaps it would make more sense just to stick a nice bit of wallpaper over it?

Which is pretty much what’s happening to English waiting lists at the minute. It’s perfectly clear there’s a gap between activity and demand, and it’s growing. Not quickly, but it is growing.

The proper solution is to underpin recurring funding for elective activity, so that the waiting list starts to shrink again. But that’s expensive. So instead they’ve made the targets tougher.

Not just any old targets either: these are targets that really make it look as if there isn’t a problem.

Look how nearly all the patients we treat are short-waiters! (Never mind that we’re neglecting the long-waiters so that they wait even longer.)

Look how nearly all the patients still waiting are short-waiters! (Never mind that it’s creeping up and won’t stay short much longer.)

You can only get away with this for so long before reality comes and bites you. But, when the end of February waiting list is the last to be reported before the General Election, who cares?

As long as the wallpaper doesn’t rip in the next six weeks, then it’s a problem for the next government to solve.

The analogy isn’t perfect. Because in this case, we all know what’s going on under that wallpaper. The electorate, surely, won’t be fooled either.