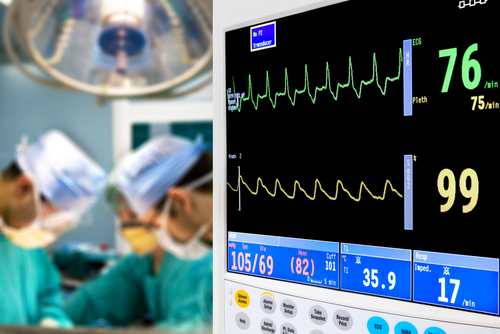 (First published by the Royal College of Surgeons)

For all their successes, the 18-week waiting times targets have been rather confusing and unfair since they were introduced in England nearly a decade ago. But not for much longer. Perhaps inevitably it’s taken a surgeon to push through a simple and elegant solution.

The problem is this: two of the targets punish hospitals that treat ‘too many’ long-waiting patients. So patients who have waited longer than 18 weeks can become stranded, because the hospital runs the risk of financial penalties and regulatory action if it treats them. Now Sir Bruce Keogh, Medical Director for NHS England, is sweeping away this perversity.

The one target that remains – the ‘incomplete pathways standard’, in the awful jargon of referral to treatment waiting times – directly tackles the root of the problem by deterring hospitals from allowing long-wait backlogs to build up in the first place.

This will help enormously. Everybody agrees with that waiting lists should be managed safely and fairly; so that clinically urgent patients are treated quickly, and routine patients generally wait their turn. The scrapped targets were in conflict with these principles, and the remaining target supports them.

But no target is perfect. So what should surgeons watch out for when they suspect that things are going wrong with waiting times?

Waiting times are a function of two things: the size of the waiting list, and the order in which patients are treated. The danger comes when waiting lists grow so big that the 18 week target is unsustainable, because then there is pressure to prioritise long-waiting patients over those who are clinically urgent.

It should go without saying that this pressure must always be resisted, not just because it is unsafe, but because it is futile. If the underlying problem is a large and growing waiting list, it cannot be cured merely by treating the same patients in a different order.

The targets that are being scrapped used to provide a safety zone for urgent patients in this situation. But in that sense it was rather extreme – a bit like performing a hysterectomy for every abnormal smear – so we need better ways to protect clinical priorities in future.

The clearest approach is to agree the maximum size of waiting list that is consistent with 18-week waits. Because every waiting list is different, this needs to be done by stage of treatment for each subspecialty, making allowance for clinical urgency, disruption, patient choice, and a suitable margin of error. Then if waiting lists are smaller than that, 18 weeks should be safely sustainable. If not, then breaches of the target should be accepted without putting pressure on clinical priorities.

There are other signs that things may be going wrong. If the waiting list is too large then you may see: delayed urgent patients; nearly all routine patients booked close to or beyond the target; repeated ‘extra’ sessions; a lack of empty slots on Choose and Book; follow-up appointments cancelled; ‘gaming’ the target by inflating the numbers waiting less than 18 weeks; and relying on ‘clearance times’ to estimate the pressures.

If the problem is poor scheduling then you may see: most routine patients booked out of turn; most bookings made at short notice; poor differentiation of clinical urgency; and common booking issues being escalated to managers.

As you can see, it’s a complicated business to manage waiting times badly. Fortunately, managing them well is more straightforward: keep the list size down, and book patients safely and fairly. Now that Sir Bruce has abolished the perverse targets, managing waiting lists in the interests of patients has become a lot easier.