Waiting times in England improved markedly during April, as the NHS continued to treat large numbers of long-waiting patients even though the ‘managed breach’ was supposed to have expired.

April and May were the months when the perverse ‘adjusted admitted’ and ‘non-admitted’ targets were not only restored but made mandatory, in a last hurrah before their eventual and unmourned abolition in June. So in April hospitals were, once more, expected to devote at least 90 per cent of their admitted capacity to treating short-waiting patients. Happily they appear to have largely ignored these strictures, and instead carried on doing the right thing by treating their long-waiters instead of keeping them waiting.

The improvement in waiting times is even more impressive when you consider that we tend to see growth in the Spring – the waiting list usually gets larger from around February to July. If you include Trusts who are not reporting their data, the English waiting list “may have been just under 3.3 million patients” (according to the official Statistical Press Notice), which is around the point where I reckoned last year that 18-weeks becomes difficult to sustain.

The NHS continued to admit long-waiting patients as if the ‘managed breach’ were still in full swing, ignoring the mandatory sanctions that had temporarily swung into action to punish such good deeds. The improvement in real waiting times since Christmas (shown by the dark line in the chart) is actually quite impressive. 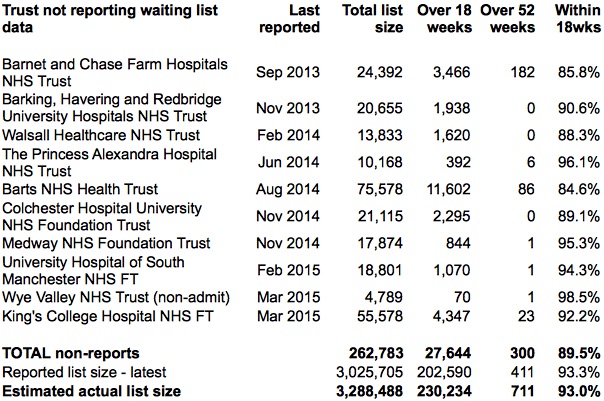 The non-reporting Trusts are not included in the chart below, so don’t be fooled into thinking that the waiting list has not grown since last year. If you’d like a time series that includes all the non-reported estimates (and a wealth of other analyses) then George Donald has put together an excellent collection of RTT data here, using Tableau Public. 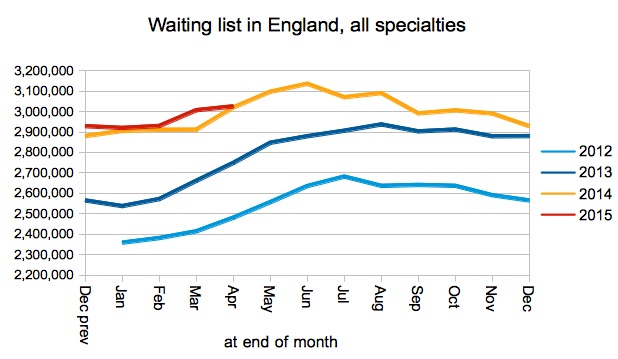 Admissions per working day were lower than April last year. 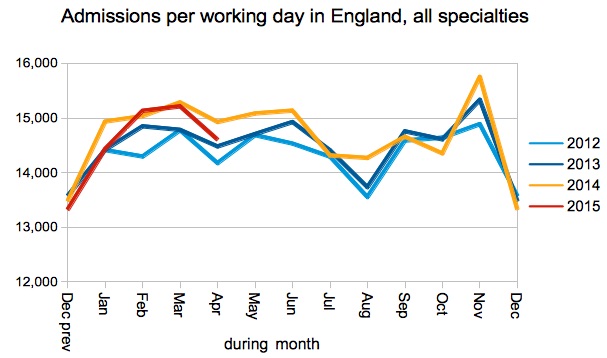 Reported long-waiters are roughly flat, although with so many Trusts having not reported data for so long it is increasingly hard to have much confidence in these figures. 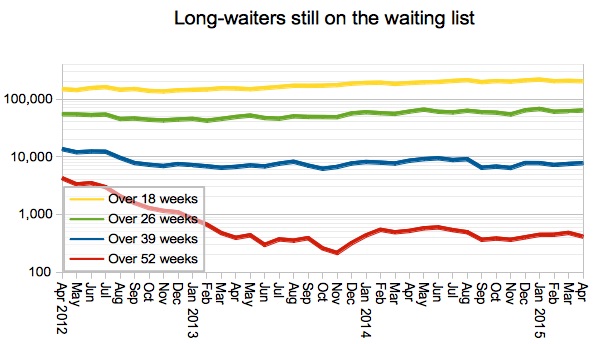 The biggest improvements were seen in specialties where waiting times were already fairly short, with the exception of neurosurgery where there has been a large and welcome shortening of waiting times. 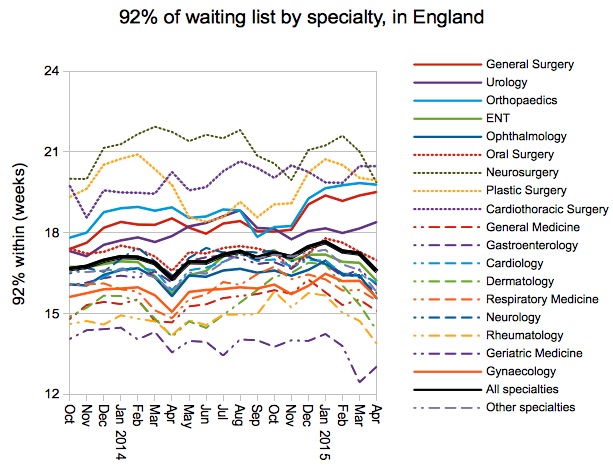 The proportion of specialties within Trusts, that were achieving the main 18 weeks target, improved only slightly. 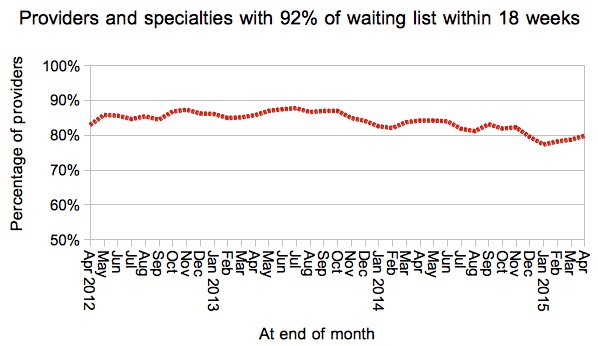 Improvements in waiting times were mainly seen in Trust-specialties that already had fairly short waits. This is in line with the specialty-level observation above. 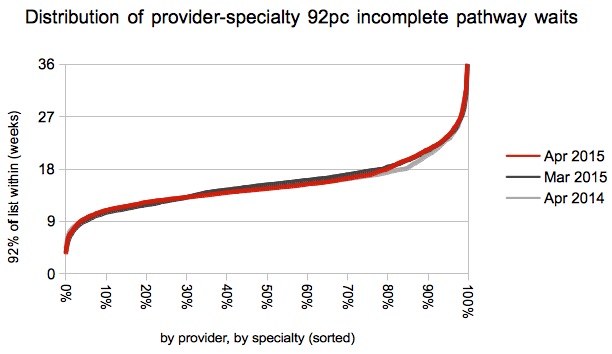 The number of services apparently managing perversely rose slightly (these are services that achieved the ‘adjusted admitted’ and ‘non-admitted’ targets, now abolished, even though they breached the ‘incomplete pathways’ target at the start and end of the month). Again, this is consistent with the NHS carrying on as if the ‘managed breach’ had never ended. 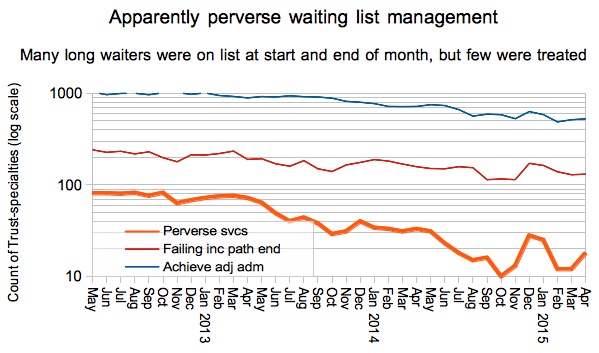 Wye Valley NHS Trust have risen to the top of the Top Twenty this month, but this will partly be an artefact of their non-reporting of non-admitted incomplete pathways data. Or, to avoid the triple negative, the fact that they only reported the inpatient and daycase bits of their waiting list.

Congratulations to Circle Bath for reducing their waiting times from 21.5 to 15.4 weeks and dropping out of the table decisively.

Data for May 2015 – the last full month before the perverse ‘adjusted admitted’ and ‘non-admitted’ targets were dropped – is due out on 9th July.