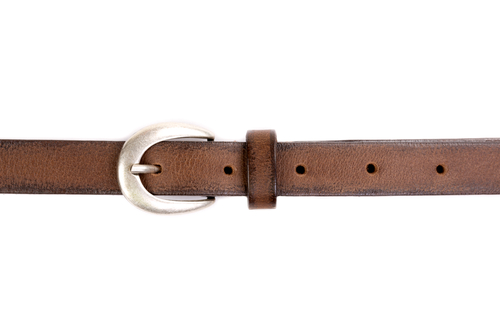 Letting your belt out

Unjust, perverse, counter-productive – whatever you want to call them, the original and least popular pair of 18- week targets is well and truly gone.

The one that remains – the incomplete pathways target – is fairer. It is also (you may have noticed) a little easier to achieve. So perhaps it’s understandable if you’d like to take this opportunity to let your belt out a bit, settle back, and enjoy the elbow-room.

Or perhaps not. Because the incomplete pathways target is a lot less forgiving than the ones that have gone.

There was always a little wriggle room around the old ‘admitted’ target: treat a few extra short-waiters here, find some eligible clocks to pause there, and if all else fails you can always cancel a long waiter. The tactics weren’t always pretty, and some were downright wrong, but they were always there if all else failed and a breach was looming.

Sure, there are ways to ‘game’ the incomplete pathways target too. But they don’t get you as far, and they’re a lot more likely to come back and bite you later. Sustaining a waiting list based target is a lot harder than booking patients in a given ratio.
So let’s step back a bit.

Over the years the waiting list may grow or shrink, but the changes are pretty small relative to the number of patients being treated. Across England, the smallest RTT waiting list ever recorded was 2.3 million patients back in January 2009. The biggest since then is the most recently published list at 3.2 million. So that’s an increase of 900,000 patients. But if you look at how many patients were treated in between, you find that the increase is less than one per cent of activity.

What that shows is that, in the long run, you can do no more (and no less) than keep up with demand. The politics of healthcare won’t allow anything else.

So you have a choice.

So tighten that belt, and sit back up again. There is no elbow room, and those waiting lists still need to be kept small after all. Long queues mean long waits, and no adjustment to national targets is ever going to change that.