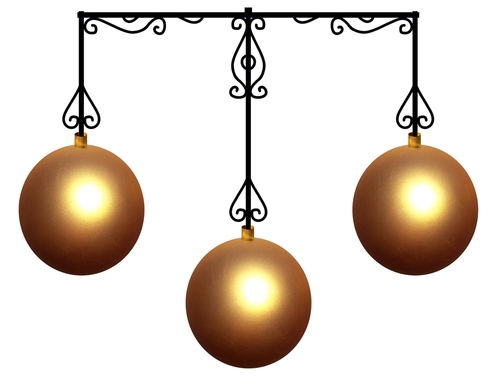 Why does the NHS always need extra capacity?

Why does the NHS always seem to be short of capacity? The reflexive answer is that it doesn’t have enough money. But I have a nagging feeling that this doesn’t quite cover it, and that instead there may be a different explanation – an explanation which (as we shall see) explains both this and a great deal else about how the NHS manages its work.

If the NHS really didn’t have enough capacity then it wouldn’t be able to keep up with demand. But, by and large, it does.

It copes with the demand for emergency care, which has first call on capacity and is anyway hard to avoid. And in the long run the NHS also keeps up with the demand for elective care; yes, the waiting list grows and shrinks, but the changes are tiny compared with the number of patients treated over the years.

But elective demand is not met smoothly. Instead, many hospitals follow a pattern: waiting lists grow, and grow, until eventually they reach the point where waiting time targets are going to be breached. A waiting list initiative is hastily arranged to clear the backlog. When that is over, the growth resumes, and the cycle repeats itself.

We see this happening both locally and nationally. Is it cheap? Not with all those out-of-hours sessions, extracontractual rates of pay, and bank and locum staff. Is it effective? If it were, then one waiting list initiative would be enough, and urgent patients would never be delayed while an extra session was being laid on. So why does it happen like this?

The classic waiting list initiative plays to operational managers’ strengths. The problem is defined and quantifiable: there is a list of named long-waiting patients who need treatment. So are the available resources: named staff, working in known facilities. With a bit of negotiation and teamwork, a waiting list initiative can be organised pretty reliably within two or three weeks.

The problem is this: at such short notice, laying on extra capacity is just about all we can do. Annual leave has been finalised for the next six weeks, and for the next few weeks all the elective sessions are already booked into. So we can’t really take sessions away at short notice; we can only add them. And here, I think, lies the explanation.

The amount of baseline capacity in any clinical service is never going to be exactly right – it is always going to need some fine-tuning as time goes by. If we can only add capacity, but never take it away, then we learn by experience that our baseline needs to err on the short side; if we had slightly too much then the excess would be wasted.

If baseline capacity is too small, then waiting time pressures and repeated waiting list initiatives are the inevitable consequence. People in the service develop a scarcity mentality, which leads to hoarding of capacity, which leads to poorer utilisation. And so operational managers are kept in a near-permanent state of fire-fighting and reduced efficiency.

An experienced restaurant manager, Michael, explained to me recently how he worked. “My job”, he said, “is to stand in the corner of the restaurant with a big smile on. If I’m doing anything else, it means I haven’t done my job.” And I thought: an NHS manager’s job is a bit like that.

Michael’s job is all about setting things up in advance. He has to make sure there are enough staff, who know what to do, and have the right tools and environment for doing it. If he gets any of that wrong then he’ll spend his day clearing tables, phoning plumbers, and showing staff how to use the till.

If we fine-tuned NHS capacity further ahead – at least 6 weeks ahead, when annual leave hasn’t been finalised and the sessions are still empty – then we could take capacity away as well as adding it. And that means we could set our baseline more accurately, based on the predictable seasonality of supply and demand for which we already have ample historical data. This is exactly what Gooroo Planner does.

Then we would know when to negotiate annual leave requests, when to convert outpatient sessions into operating sessions, whether beds and theatres should be filled with elective work or shut during a school holiday, and how beds could be cleared of elective work to make room for winter emergencies.

In short, we could manage the main working week with the resources we already have, instead of continually incurring the high marginal costs, inefficiencies, and risks of relying on ‘extra’.

It wouldn’t bring fire-fighting to an end, but it should make it much less common. Most of all, it would be lovely to see so many NHS operational managers proudly wearing a big smile at work.