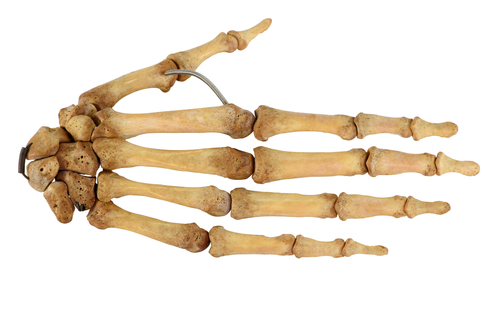 It is wise to walk before you run. Subspecialisation is a wider data issue than just demand & capacity planning. So you should aim either to record subspecialty for each patient in your data warehouse, or to have standard methods for determining subspecialty that are available to all your data queries. That way, you can monitor and cross-check your data at subspecialty level first, to ensure that coding is fairly complete and data quality is reasonable, before attempting to plan at subspecialty level.

How good does the data need to be? The tricky bit is usually the waiting list. If you can somehow split the waiting list up into the right subspecialties then you can usually model at that level of detail. And if you can’t, you can’t. This isn’t a limitation of Gooroo Planner, by the way; it would affect any model including an in-house spreadsheet.

Obviously, if every patient is tagged with an accurate subspecialty code in PAS (which is increasingly true in General Surgery as it splits into breast, colorectal, vascular…)  then you have everything you need, but in most cases things aren’t so easy and you need to work out the subspecialty indirectly.

How to get subspecialty

We have seen a few attempts to split specialties up into subspecialties using clinic codes, but none of them were particularly successful. The problem is that usually a few of the clinics are mixed bags – “Foot & Ankle and General” for instance, or even “Knee / Soft Tissue Knee / Hips / Foot & Ankle” – and you only need one or two of those and the whole classification scheme breaks down.

There are a few possible complications though.

a) Patients sometimes transfer from one consultant to another. However this isn’t usually a big problem, as they commonly transfer within the same subspecialty, and Gooroo Planner can easily cope if a few percent don’t.

e) Sometimes you may find conflicts between basing subspecialties on consultants, but basing specialties on Treatment Function Codes. This can give rise to odd (and usually rare) situations, such as a patient having a specialty of orthopaedics but a subspecialty of colorectal surgery, because they were apparently treated by an general surgeon in an orthopaedic service for some reason. It is up to you how you deal with this, but you may want to assume that the specialty is correct and assign such patients to the “general” category.

Can you model at consultant level? It depends. Gooroo Planner works by measuring demand in the past, and then projecting that demand into the future (taking account of growth, extra demand, seasonality etc). So it is only sensible to model services which have a reasonably stable “catchment” of demand that can be projected forwards. Subspecialties have a reasonably stable catchment, and so do consultants who receive referrals and conduct their clinical practice independently of their peers. But if a consultant pools their work with peers, then they don’t have a “catchment” of demand in their own right, and it would not make sense to model their demand and capacity separately. (However there is nothing to stop you from analysing their personal waiting lists using the Gooroo simulator if you want to).

And all these considerations apply to other kinds of detail too, like hospital site, procedure, or commissioner. If you can split all the data up reliably at that level of detail, then you can model at that level of detail. And if you can’t, you can’t. And that applies to any model, not just Gooroo Planner; although if your data is a bit borderline then Gooroo Planner will probably cope better because it is designed to minimise the impact of inconsistent data (though there are limits).

During the initial “one-day” implementation of Gooroo Planner, we usually stick to specialty level, so that we can get everything loaded up from medical emergencies to surgical outpatients. But modelling at subspecialty is something that operational managers often ask for, so you may want to refine your modelling to allow for this fairly soon afterwards.

After you have refined your capacity plans to subspecialty or sub sub specialty level, it is usually sensible to keep the specialty-level modelling going too, as a separate analysis, because it tells you what could be achieved if resources were allocated flexibly between subspecialties.