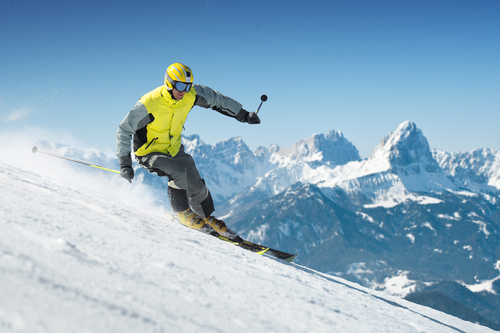 One year, a big group of orthopods hired a minibus and drove themselves down to the Alps for a lovely skiing holiday. All from the same hospital, all at the same time, and leaving just enough cover to handle trauma.

Waiting lists were in a bad way when they got back. Some people fondly imagine that if you stop work for a couple of weeks, all that happens is that waiting times go up by that amount.

But what actually happens is that the waiting list grows by two weeks’ worth of demand. Then it settles, and that’s when the problems really show up.

After dealing with urgents, removals, cancellations, and sheer randomness, all of that growth ends up in the waiting list ‘tail’. So the ‘tail’ shoots out, waiting times shoot up (by a good deal more than two weeks), and there’s a big job to do unwinding it all.

Now today it’s only September, and the big week for skiing is the February half term. Which is ages away. So what was the point of that little tale?

Let’s work it back.

During the winter, beds are fuller than usual with medical emergencies. So it is difficult to get elective inpatients in, and inpatient waiting lists get longer (even if the surgeons don’t all hit the slopes).

So to avoid waiting time breaches over winter, you need to get your inpatient waiting lists nice and small before Christmas, so that you have enough headroom for the expected slowdown.

Christmas Day falls on a Friday this year, but patients are often reluctant to have their operations just before Christmas so that week may be hard to fill.

Which means there are 13 weeks left to get the waiting list down. Right? Well…

Annual leave is subject to six weeks’ notice, so staffing levels are already pretty fixed until the end of October (except at high marginal cost). That leaves just 7 weeks from now until winter to really manage your baseline capacity and get ahead of the game.

It matters more than ever this year. The latest figures for England show waiting lists at their longest since January 2008. In Scotland, outpatient waits are exploding and the knock-on effects for admitted waits are already being felt.

Waiting lists often shrink in the autumn, and all I can say is: they had better be. Because if they aren’t, it may already be too late.