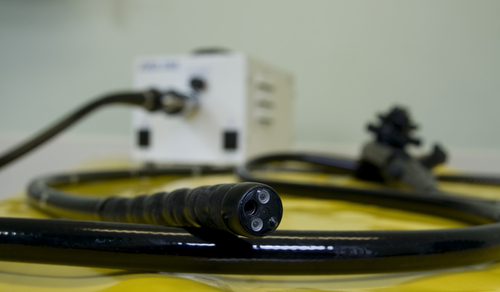 In a typical surgical pathway, if we see a lot of extra new outpatients, what happens to the demand for elective inpatients and daycases? It goes up, because some of those extra outpatients turn out to need treatment and are added to the waiting list for an operation.

The simplest way to handle this in Gooroo Planner is to assume that if new outpatient activity goes up by (say) 5 per cent, then elective demand will also go up by 5 per cent. This is equivalent to assuming that the conversion rate is steady, and it’s a useful method because it works automatically without any need for manual adjustments.

Usually this logic works pretty well, but it breaks down if significant numbers of patients somehow manage to get elective care without going through new outpatients. Common examples are direct access endoscopy patients who are referred by their GPs directly onto the gastroenterology daycase waiting list, or post-trauma patients who may be added to elective orthopaedic waiting lists directly from fracture clinic.

How can we adjust our model so that it reflects reality?

We could split the outpatient and fracture pathways completely, so that we have separate pathways for:

By splitting the pathway like that, all the conversion rates are calculated correctly and the usual logic for working out the knock-on effects works out fine.

The logic works, but in practice it can be tricky to split the data like this. The difficulty is at the elective stage of treatment: how can we distinguish between patients who started their pathways as new outpatients, from those who started in fracture clinic? The answer depends on how those elective patients are coded in PAS. If we’re lucky, it won’t be an issue because all the post-trauma patients will be coded as emergencies or have a trauma specialty code. Or the source of referral might reveal whether they came from fracture clinic rather than outpatients, or there might be some other clue such as not being on an RTT waiting times pathway.

But what if we don’t have any of those clues and can’t tell them apart at all?

Not to worry – there is still a way of handling this.

There is a dataset field in Gooroo Planner called StreamWeighting, which we can use to tell the model that fracture clinic patients don’t convert as often as new outpatients.

If you want to model this yourself in Gooroo Planner, the complete dataset looks like this (including the extra 100 new outpatients and 50 electives that we are going to do):

After running the model, based on delivering the specified activity plan FutActiv, the results are:

The 100 extra outpatients convert correctly to extra elective demand of 50 patients, as shown in the “Future total new demand from upstream knock-ons” line, thanks to the StreamWeighting that we put in for Fracture clinic.

This method is simpler, although it does rely on you being able to describe (or at least estimate) the relative conversion rates for different pathways.