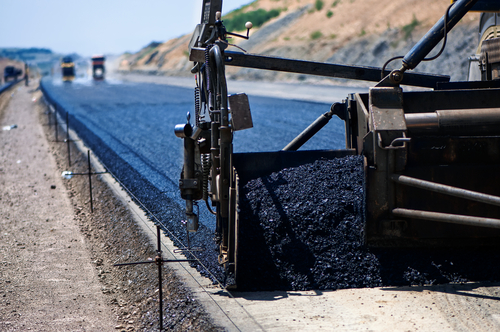 How to use the new constant capacity settings

Escalation beds, extra sessions, slowdowns in the school holidays… such is life in most of the NHS. This “extra” capacity tends to be very expensive, with staff being paid extracontractual or agency rates, and disruption causing increases in outliers and lengths of stay.

If you can’t increase capacity because it physically doesn’t exist, then things are even worse – routine elective work is simply cancelled during peaks in demand, causing a whole string of familiar problems with longer waiting times and reduced productivity.

It would be so much simpler and cheaper if you could run the hospital with much steadier levels of capacity and staffing, and avoid all that firefighting. How? Clearly you can’t ask the patients to be ill at more convenient times – the four seasons are a fact of life when it comes to emergency care. But you can flex routine elective work through the year, and Gooroo Planner is now able to use this fact to plan for constant capacity.

Let’s take an example – a simplified acute hospital that only does general medicine and orthopaedics. This isn’t a real hospital, but the seasonal variations are based on real data from a hospital in the NHS. This simplified hospital actually has less room for manoeuvre than a typical acute hospital because it only does limited amounts of elective surgery, but it makes this example easier to explain.

We could assume that our activity will be profiled through the coming months in the same pattern as last year and the year before. If we set up our model to achieve waiting times targets of 6 weeks for first outpatients and 8 weeks for elective inpatients and daycases, then our capacity and waiting times plan might look something like the following chart.

These charts show the future period that we are modelling, which is a whole calendar year – so the first several weeks are in winter. The wobbly blue lines show orthopaedic elective inpatients, and the wobbly orange lines have various meanings: urgent demand for orthopaedic electives in the activity chart; total capacity across the hospital in the beds, theatres and clinics charts; and RTT waiting times for orthopaedics in the waiting times chart. Where there is a straight horizontal line, that shows the capacity available or the waiting time target.

We have planned the hospital to achieve our waiting times targets every week of the year (this is a setting in Gooroo Planner). But this plan is going to cause all kinds of problems. The total number of beds we need (the wobbly orange line in the beds chart) far exceeds the number of beds we have (straight orange line) during the initial winter weeks, and we’re laying on lots of elective inpatient surgery at the same time (as the theatres chart shows). Remember, this is based on what actually happened in recent years – clearly those recent years weren’t necessarily comfortable to manage in winter.

We can do better than this. Let’s ask Gooroo Planner to take emergency and urgent demand as a ‘given”, and flex routine work around the peaks and troughs to achieve constant capacity. The result is shown in the next chart.

That’s much better – we don’t need much extra bed capacity, not even in the winter, and the total beds we need are rock-steady all year (that’s the top orange line: so straight that – in this thumbnail chart anyway – it is indistinguishable from the other straight line representing available beds).

We are still achieving the waiting time targets all year, though we need to start the year with a somewhat smaller waiting list to make this sustainable.

And we also have a constant requirement for overall theatre and clinic capacity, so the surgeons aren’t frustrated by being unable to operate much over winter. This is achieved by flexing other work through the year, so for instance orthopaedic daycases (not shown above) are being planned counter-cyclically to the inpatient theatre requirements.

If we want, we can take this model as a starting point and re-introduce things that we don’t think are avoidable, such as a Christmas shut-down of elective surgery. That’s fine, and the rest of the model will automatically adapt. At least we are starting from a more powerful place than simply assuming the status quo.

How to do it

Let’s roll up our sleeves now, and see how to do constant capacity modelling in Gooroo Planner.

If your models already contain profiling and capacity data, then the good news is that you already have everything you need.

When you are creating a report, you will see that the Calculation Settings contain a new control:

By default it is set to “Do not calculate constant capacity”, in which case Gooroo Planner will use the activity profiles provided in the dataset. The other options allow you to run the constant capacity modelling while prioritising particular forms of capacity. For instance if you choose “Beds, Theatres, Clinics, then activity” the model will typically work something like this:

2) now that emergency and elective inpatients services have been done, it will reprofile routine elective daycases to smooth out theatre usage;

3) taking any non-waiting list demand as a ‘given’ (for instance, any follow-up services that are being modelled as non-waiting list), it will reprofile routine outpatient activity to smooth out clinic usage;

4) finally, if there are any services in the model that do not have capacity performance information then they are reprofiled to smooth out activity.

When doing this, Gooroo Planner doesn’t actually know which services are emergency, or elective inpatient, or first outpatient – it simply looks to see where routine activity is using different forms of capacity. Once it has reprofiled a particular service for one capacity type, that service is then set in stone and won’t be reprofiled again for a lower-priority capacity type.

For instance, you may be able to flex beds between different specialties in the main medical & surgical ward block, but not between the ward block and women’s & children’s services. All you have to do is add a header to your dataset (e.g. HeadUnit) so that ward block services fall under “Main Ward Block” and gynaecology, obstetrics and paediatrics fall under “Women’s & Children’s”. Then you use this control to tick “Unit” (not shown in the above screenshot) and the constant capacity modelling will be applied separately to those separate bed pools.

The other thing you need to know is how to see the corresponding subtotals when you visit the Profiling tab. Towards the top of the Profiling screen is a control labelled “Restrict capacity subtotals to services with matching: “

Via the Planner API

If you want to automate constant capacity modelling, so that it is available every time you refresh your operational plans, then you can do this via the Planner API. You’ll find details in the Planner documentation, but in brief you just edit the configuration file Goorooconfig.xml to include in the Report section (to follow the above example):

Constant capacity modelling might be one of the many reports that you choose to run automatically every month, so that operational managers can see how work could be reprofiled over the coming months to achieve their objectives with less variation.