English waits improve slightly in May

The English NHS achieved in May what it usually does in April – a slight improvement in elective waiting times. This was fuelled by two things: a higher rate of activity, and an increased focus on the longest waiting patients on the waiting list.

But it wasn’t enough to meet the 18 week target.

Performance against the 18 week target improved slightly on the official figures, with 92 per cent of the waiting list having waited less than 18.2 weeks at the end of May (compared with 18.5 weeks in April). 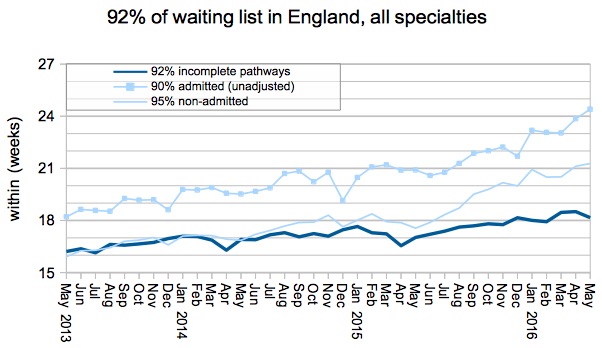 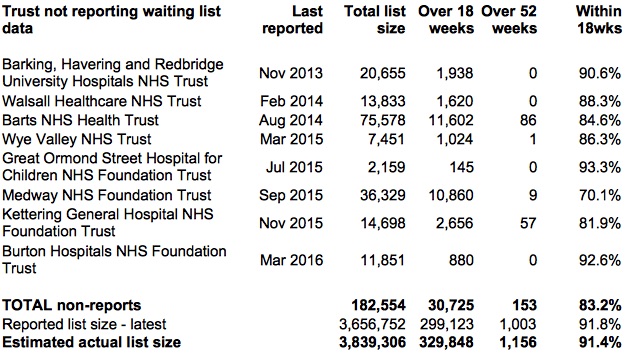 The waiting list grew in May, which is usual for the season, and remains much larger than it was last year. 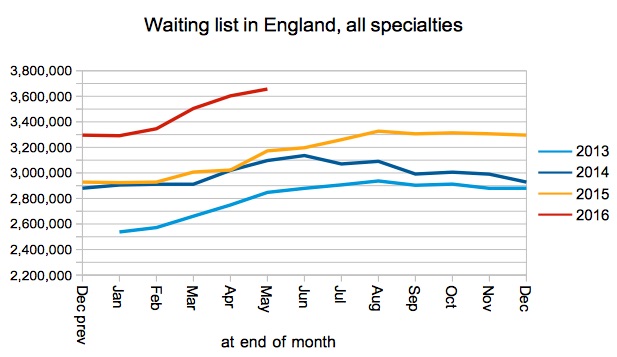 Admissions per working day were sharply up, and comparable with recent years. It is possible that this might be an artefact of May only having 20 working days, and increased operating at weekends making the number of working days less significant. Nevertheless the higher activity rate is welcome, and will have helped improve performance on waiting times. 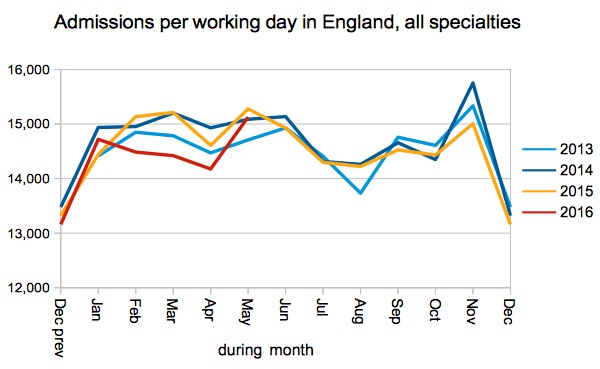 The number of over 18 week waiters fell slightly in May, but the reported number of one year waiters rose above the 1,000 mark for the first time since 2012. 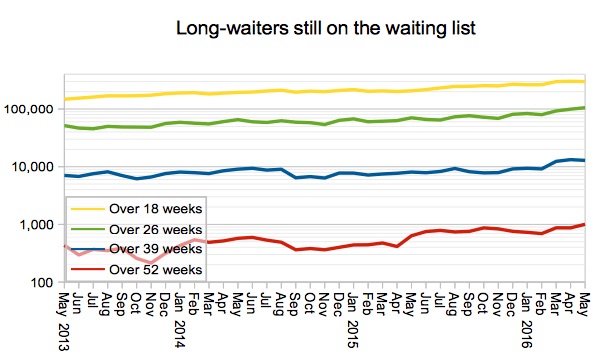 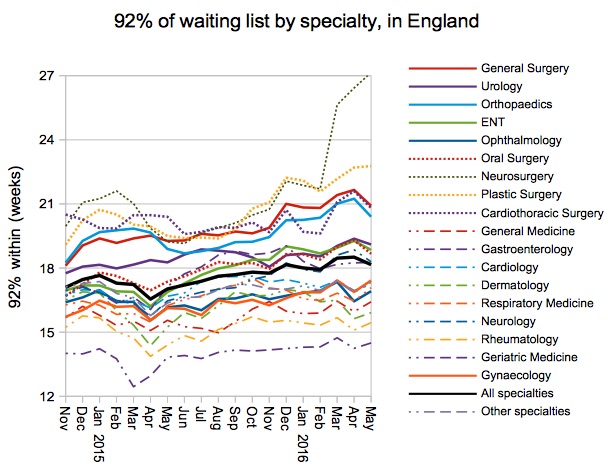 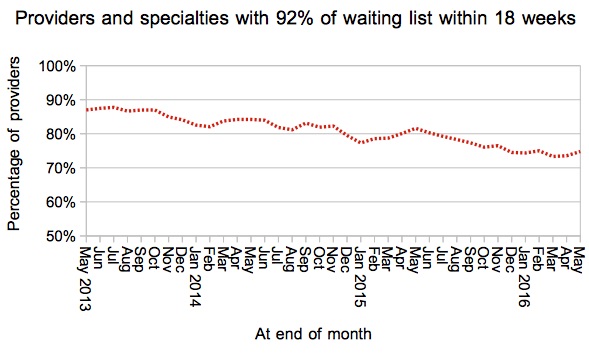 In line with the specialty-level figures above, May saw an improvement in long waiting times, and a deterioration in short waiting times, compared with April. 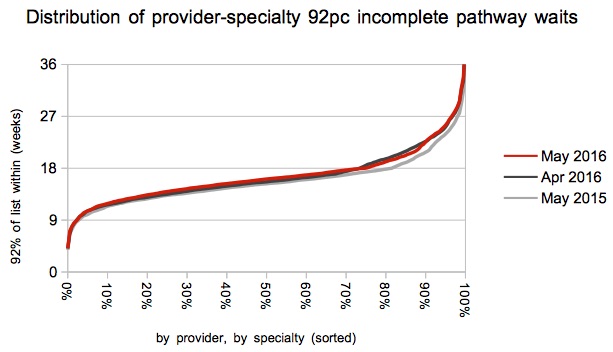 There was little movement in the top twenty longest-waiting Trusts, and waiting times got a little longer at both Brighton and Sussex University Hospitals NHS Trust and King’s College Hospital NHS Foundation Trust.