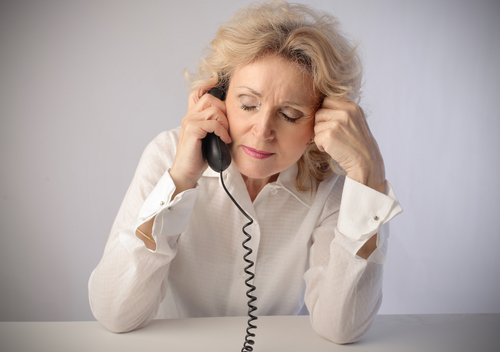 Some suggestions for the Patients Association about elective waiting times

At times like these, we need the Patients Association more than ever. On a turnover around that of a shoe shop, they project the patient’s voice right across the NHS and into the heart of government. Their helpline takes over 8,000 calls a year, providing in-depth advice to patients. And their trading arm reaches into NHS facilities all over the country to help the NHS become a learning organisation.

But their reports are not perfect. Last year’s report sank without trace because, when they converted days into weeks, they divided by 5 instead of 7. This year they avoided such howlers, but still left enough of an open goal to allow NHS England to say (justifiably): “We have significant concerns about this report, which is both misleading and statistically flawed, and is based on a fundamental misunderstanding of the referral-to-treatment performance standard.” Ouch.

I would love to see the Patients Association become even more effective, so here are my suggestions about how their next report could be even better.

Their report is underpinned by Freedom of Information Act (FOIA) requests which ask about waiting times for 9 surgical procedures. On the Today programme (at 02:11:00), their Board member Liz McAnulty said they focus just on those procedures because “to look at everything would be impossible and too onerous for Trusts”.

But NHS England already publish “everything”, every month, by Trust and specialty, for a range of waiting times measures. It would be much easier for everyone if the Patients Association just used those published statistics.

It was also help avoid the “fundamental misunderstanding” that NHS England complained about, because at the moment they are comparing apples and oranges. The apples collected by the Patients Association are the average waiting times of patients treated during the year. The oranges are the official target, that 92 per cent (not the average) of a snapshot of the waiting list (not patients treated during the year) should be within 18 weeks on a referral-to-treatment basis (it is unclear what basis the Patients Association used).

I can see the problem with using the published statistics: their report would not be based on new data and would therefore be less newsworthy. They need to conduct their FOIA survey to get the headlines. But I think there is a solution to this too.

Their FOIA request also asks a lot of useful questions about things that are not already published, around Trusts’ access policies, reasons for cancellations, and how Trusts are improving waiting times. They should keep asking those, and I think there are three other questions they should add to the list.

Firstly, they should ask about ultra long waiters. The published statistics only go up to 52 weeks, with a final category “52 plus” to sweep up any patients waiting longer. But they don’t tell us how much longer – it could be ten years for all we know.

So the Patients Association could include in their FOIA request something like this: “On the basis of the official RTT rules, how many patients 1) with incomplete pathways on 31st December 20xx, and 2) with clock stops during 20xx, had waited a) 1 to 2 years, b) 2 to 3 years, etc.”

Secondly, they should ask about follow-up outpatients. Some patients with chronic disease need to be followed up at specified intervals, some of which are covered by NICE guidelines. But there is no nationally published data on how long they actually wait, and moreover there is evidence that patients are coming to harm because they wait too long (for instance in ophthalmology where some wet AMD patients are going blind).

So they could include in their FOIA request a list of selected conditions where follow-up is recommended within a particular time frame, and ask how many patients were seen within that time, slightly late, and very late (replacing those vague time descriptions with a number of weeks based on clinical advice).

Finally they should ask whether, when the Trust extracts its RTT data for submission, the data queries automatically exclude patients who have waited longer than any time limit. Occasionally Trusts have come a cropper by assuming that all waiting list patients with (say) two year plus waits must be data errors, when in fact some of them were nothing of the sort.

I reckon that should about do it. By combining the published statistics with original FOIA research, the Patients Association can raise awareness of long waiting times with genuinely new and relevant information, while avoiding the pitfalls. However they do it next year, I wish them the very best of success.