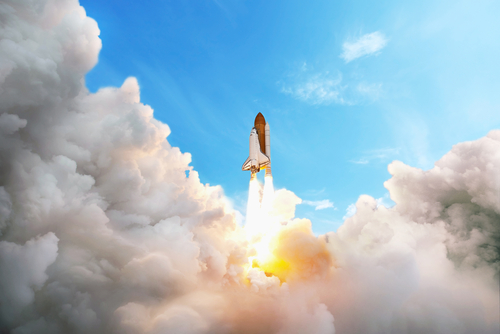 A convincing picture – the power of visualisation

The space shuttle Challenger blew up, with the loss of seven crew, about a minute after launch on an unusually cold morning in 1986. In the subsequent investigation the famous physicist, Richard Feynman, showed at a televised hearing how the O-ring material from the solid rocket boosters became stiff when he dipped them in his glass of iced water – a visual demonstration so convincing that the technical cause of the explosion became unavoidable.

Dry words and tables struggle to make a point so clearly (which is perhaps why the debate over the organisational factors continues to this day).

A good, realistic, visual demonstration has the power to change minds. I remember a few years ago when a team of consultant urologists saw our visual simulation of their waiting list, they spontaneously decided to pool all their cystoscopy work (something the managers had been wanting them to do for months).

Last year we were astonished when a department of consultants, on seeing their waiting list simulated under two different scenarios, immediately volunteered that they were over-declaring clinical urgency and also decided to pool their work. In the same meeting, senior managers agreed that the service was under extraordinary pressure, and began the process that led a few months later to the appointment of an extra consultant. Not bad for an hour’s work.

Last month, at a multi-hospital meeting to review operating theatre utilisation, the visual clarity of the analysis prompted two hospitals to realise that their pressures and their spare operating capacity were complementary in two clinical areas, and they could solve both problems at once by working together.

A third hospital saw in a matter of minutes why putting the same number of cataracts on every operating list was causing over-runs and under-runs, simply because some of their surgeons were so obviously faster than others.

The NHS loves visualising data, so all this is meat and drink. But sometimes managers appear almost afraid of the power in their hands. So Boards are sedated every month with 30-page performance reports, full of time trend charts, and overlaid with target lines, which utterly fail to tell any kind of story.

They relay outcomes, without revealing causes. They tell us what, instead of how or why.

Visualisation has the power to explain problems so convincingly that the solutions become inescapable. It can reach into minds more powerfully than any thousand page report. It makes change possible, simply because change becomes the obvious thing to do.