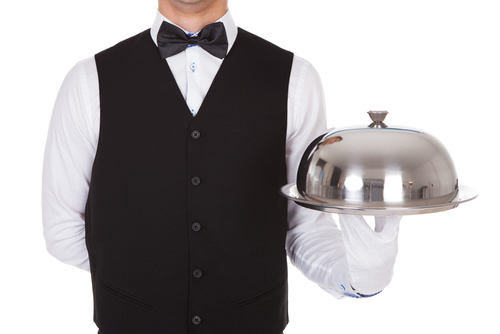 There never used to be quite enough data on referral-to-treatment (RTT) waiting times to do a proper forward look. No longer. The main missing item – RTT clock starts – is now published by NHS England and there is a full 12 months of seasonal data available. This is enough to feed into a planning model and generate future RTT trajectories by specialty and by trust. Which I have now done, and I’d like to show you the results.

The analysis itself was done using Gooroo Planner, and the results are all published here on Tableau Public for you to explore. For each specialty in each trust there are two scenarios: 1) what happens if they repeat last year’s activity, and 2) how they can spend the first year achieving the right size of waiting list to then sustain the 18 week target continuously thereafter.

For instance, here is Orthopaedics at a particular trust.

The grey lines show what is expected to happen, if both activity and demand carry on as before.

Looking first at the two charts on the left, the bottom left chart shows the expected size of the waiting list (i.e. incomplete RTT pathways) under this “business as usual” scenario.

Then the top left chart shows the RTT waiting times that should be achievable with that size of waiting list, on a “92 per cent of incomplete pathways” basis. These waiting time calculations take into account clinical urgency, estimated removals, and assume reasonably good waiting list management, and are the same assumptions used in our monthly analyses of local RTT waiting times.

In this example, the model has worked out that the current waiting list is too large to sustain the 18 week target (and this particular service is also breaching the target in real life). Things are expected to get worse, as the waiting list gets longer and the achievable waiting times grow with them.

What can the trust do to avoid this gloomy fate? This is where the green lines come in.

The charts on the right show how this scenario can be delivered. Demand, in the form of additions to the waiting list, is still assumed to repeat the historical pattern (the green line is concealed beneath the grey). Then the activity chart is the activity plan for this service: higher activity for the first 12 months to reduce the waiting list, then settling down to keep up with year-on-year demand thereafter.

You can use Tableau Public to look more widely too, by selecting all trusts and/or specialties across a region. Then the charts show what is expected to happen overall, which might be helpful if you work at NHS England or NHS Improvement.

But there are a few things to watch out for. Firstly, waiting times don’t add, and the average waits in the top left chart are not weighted by list size. Secondly, the data only includes trusts which reported complete data over the last 13 months. And finally, these scenarios do not include any trend demand growth.

I hope you find these analyses interesting, and if you have any questions then please email me at rob.findlay@gooroo.co.uk. In future I will update these charts to show what actually happens as time goes by.