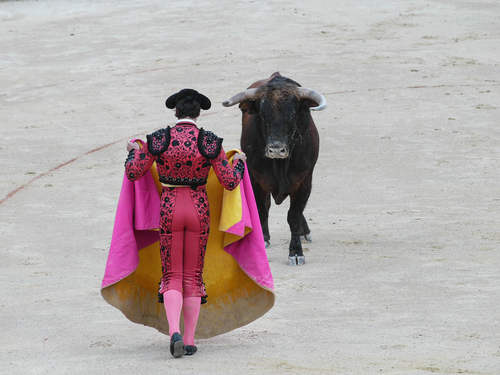 Managing patients or the target?

Last month we looked at the consequences of managing the 18 week waiting times target directly, and how that can lead to a rapid loss of control if the waiting list gets too big and the target becomes unsustainable. We also saw how we gain much more resilience by managing to the needs of patients instead.

Perhaps you nodded at that and got on with your day, feeling uneasily that there was much more to this than met the eye. You would have been right. Now I would like to dig deeper, and show just how difficult it is going to be to uproot these practices and return our focus to the needs of patients. Difficult, but (I hope you agree) worth the effort.

First, how entrenched is “managing to the target”? Let’s run a few tests.

When you are deciding which patients to schedule for treatment, which metric do you follow to see how you’re doing? It’s the percentage who will be waiting less than 18 weeks, isn’t it?

When NHS Improvement asked for your RTT trajectories earlier in the year, what number did they want? It was the percentage within 18 weeks.

In your Trust Board performance report, how do you track RTT? It’s the percentage within 18 weeks, isn’t it?

Let’s go right to the top of the system. When NHS England publish each month’s RTT performance statistics, what’s the headline measure in the official statistical notice? Well, here’s the most recent one, and it says: “At the end of October 2016, 90.4 per cent of patients waiting to start treatment (incomplete pathways) were waiting up to 18 weeks.” So again, the percentage is the performance variable being reported.

All of this represents managing to the 18 week target. We are so accustomed to it that we find it hard to imagine doing it any other way. But – humour me – let’s see how things would change if we focused on the needs of patients instead.

Now, when you are deciding which patients to schedule for treatment, you are working to two simple principles: the patient’s clinical safety, and respect for the patient’s position in the queue. So you book the urgent patients first, and then whoever has waited longest. As the waiting list grows and shrinks, the achievable waiting time grows and shrinks with it, but your scheduling practices don’t change.

The achievable waiting time is, quite simply, how long most routine patients need to wait for treatment. If your waiting list is nice and small then routine patients might typically be waiting only 12 weeks. If it’s very large then they might typically be waiting as long as 24 weeks. Both are consistent with good patient scheduling, but obviously it is better (and indeed safer) to have a small waiting list and short waits.

But if you use weeks instead of percentages, then things become much clearer. If routine patients typically wait 12 weeks, then all three RTT performance figures will be somewhere around 12 weeks too. Those figures relate directly to patients’ experience and the whole thing is conceptually much simpler.

What happens when your 12-week waiting times start to grow? They reach 14 weeks, and then 16 weeks, but the percentages within 18 weeks remain close to 100 per cent. When the great day comes, and the achievable waiting time eventually passes 18 weeks, all the performance percentages suddenly plummet straight into breach without warning. And the better your scheduling, the more abrupt and unexpected this breach will be. So you cannot rely on the percentages to warn of looming problems – you need to watch the waiting list and waiting times for that.

The only patients who are treated within 18 weeks are urgent patients, so our admitted percentage is stuck at the proportion of urgent patients in the casemix. The non-admitted percentage is similarly stuck, perhaps at the outpatient discharge rate if this is a surgical pathway. Only the incomplete pathways percentage rises and falls in line with the underlying pressures. It’s a confusing mix, and I bet very few people around the Board table would be able to interpret those numbers.

But if you use weeks instead of percentages, then things become much clearer. If routine patients typically wait 24 weeks, then (with good patient scheduling) all three RTT performance figures will be somewhere around 24 weeks too.

Now that we’ve started tugging on this particular thread, you can see how all the published statistics start to unravel. NHS Improvement should have asked for your sustainable waiting times, not the percentage. Your Trust Board performance report should report waiting times, not percentages.

And NHS England should stop focusing on the percentages and instead lead with the national waiting times (instead of tucking them away in Table 2 of the statistical notice).

But that last point pulls us up short, because suddenly we see how much politics there is behind all this.

“18 weeks” is the magic number. That’s the target everyone remembers, and it is the right given to every patient (not just 92 per cent of them) in the NHS Constitution. Change that number, miss that target, and everybody takes notice. But focus on the percentages and somehow it doesn’t seem so bad – it’s still “18 weeks”.

Except that it isn’t, really. Not any more. Already, 92 per cent of the English waiting list extends well over 19 weeks. Next year it will probably pass 20 weeks, and 21 weeks the year after.

If we focus on the routine waiting time, in weeks, then at least patients know how long they can expect to wait. Bamboozle them with percentages and they won’t have the foggiest.