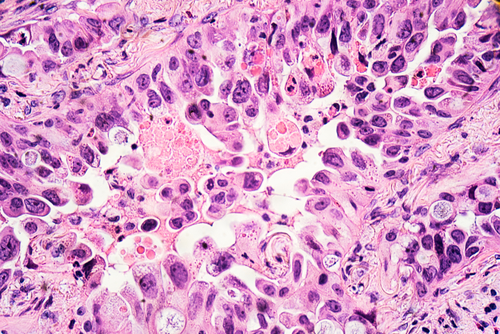 Financial penalties are being lifted across a range of performance standards in the English NHS, with high-profile cancer and referral-to-treatment (RTT) waiting times being the latest to go. (UPDATE 31 March: Cancer is now subject to new penalties, but not RTT.)

It is surprising there hasn’t been more coverage of this. Perhaps that’s because it is being done in quite a complicated way, so I’ll start by piecing that together. Then I’ll consider whether ending these financial penalties is a good idea (and I don’t think it is).

How the penalties are being lifted

Last year, dismayed by long waiting times across the country, NHS England and NHS Improvement (NHSE/I) asked trusts to work out when they were going to achieve the required standards again. Trusts had to submit their plans in the form of monthly trajectories. If they didn’t achieve those trajectories, then they would miss out on money from the Sustainability and Transformation Fund (STF).

But the trajectory standards were already covered by financial penalties under the NHS Contract, and NHSE/I didn’t want to punish trusts twice. So they put a “no double jeopardy” rule into the 2016-17 NHS Contract, to say that contractual penalties would be lifted if trusts had agreed a trajectory.

So far, so familiar.

When trusts submitted their trajectories, they did so using a form called a Service Development and Improvement Plan (SDIP). But the SDIP had another, less well-known section headed “Assurance statements”, in which trusts solemnly promised to achieve a second list of performance standards.

These “Assurance statement” standards were also covered by financial penalties in the NHS Contract. But they weren’t subject to any new penalties via the STF. Nevertheless, they were exempted from contractual penalties just like the trajectories. Not so much “double jeopardy” as “no jeopardy”.

These assurance statement standards are not trivial either: in 2017-18 they comprise the 6 week diagnostic test standard, the ‘zero tolerance’ 52 week RTT standard, the 12 hour A&E trolley wait standard, all three ambulance response standards, and all four ambulance handover standards.

But neither the 62-day GP-referred cancer standard nor the 18-week RTT standard are in the assurance statement. So how did they become exempt?

So that’s how cancer and RTT dropped out of the STF regime. Why didn’t they simply default back to the usual contractual penalties?

The reason is that most trusts had already agreed trajectories for those standards, and that process – not the STF money – is the trigger for exemption from contractual penalties. Which means that these cancer and 18-weeks standards will remain exempt from all financial penalties.

Is this a good idea?

Financial penalties may have been lifted, but that does not mean these standards have been abandoned. As a senior source told the HSJ, NHS Improvement is still heavily performance managing trusts. But will it work?

There is a track record to examine.

Let’s take two standards that have been in the assurance statement regime since April 2016: the 52 week RTT and 12 hour A&E waiting time standards. The number of 52 week waiters nearly doubled, and 12 hour A&E waits went up more than sixfold, in the year to January 2017.

This is not proof of failure – they might have gone up anyway (as 52 week waiters did the previous year) – but neither does it provide any comfort.

What about targets and penalties in principle?

There are respectable arguments against having targets at all.

When people are self-motivated to do better, they are more creative and effective than when cajoled with sticks and carrots. Targets are never set in quite the right place – they are either too easy or too hard, and fail to respond to the performance inherent in the system. And targets skew behaviour, so that people end up managing to the targets instead of patients’ needs (the spike in A&E admissions at 3 hours 50 minutes is a classic example).

All those arguments are correct. Nevertheless the NHS has been trained over decades to respond to external motivation in the form of legislation and performance management, including fines, naming and shaming, and sacking.

If external motivation is suddenly removed, self-motivation will not immediately blossom like a desert after rain. Instead, pressured managers will look for the new priorities and attend to them, and in 2017-18 that means finance and 4-hour A&E waits. External motivation is still alive and kicking, it is just kicking in a different place.

So as financial penalties are lifted from 62-day GP-referred cancer and 18-week RTT standards, the perception and the reality is that those standards become a lower priority. We can therefore expect waiting lists to grow, and waiting times to rise.

This can continue indefinitely, until waiting times become so bad that they are politically intolerable.

When that day comes, we will all wish we had never let them grow in the first place.

If you want to look up the official guidance for all this, here are the references: