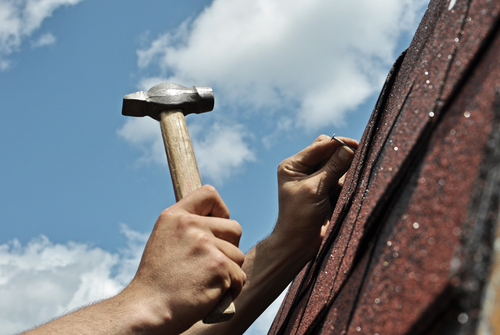 If penalties are scrapped for RTT and cancer breaches

It looks possible that financial penalties may have been scrapped for breaching the RTT and cancer waiting times targets, in order to prioritise finance and A&E. At the time of writing it is hard to be sure, but for the sake of argument let’s assume for the moment that they have, because I want to look at the consequences. (UPDATE 20 March: according to the HSJ, they have. UPDATE 31 March: Cancer is subject to new penalties, but not RTT.)

If the penalties were abolished then I think it’s pretty obvious that waiting times would go up. This isn’t because managers or clinicians are bad people, or that they don’t care how long patients wait, or even that they aren’t concerned with the NHS Constitution or obeying the underpinning legislation.

It’s just that in an under-managed service with many competing demands, managers have to prioritise. And if finance and A&E breaches are sackable offences, but not RTT or cancer, then it’s fairly clear what people are going to devote their attention and resources to.

The quickest way to let waiting times go up is to relax discipline around patient scheduling.

Everyone agrees in principle how scheduling ought to work: treat clinical priorities quickly enough, and routine patients broadly in date order, while making efficient use of capacity.

In practice this has often become: treat patients before they become 18 week breaches, and trust your clinical and administrative colleagues to safeguard clinical priorities, while looking for opportunities to squeeze an extra session in when the pressure is on.

Which paves the way for a world without RTT penalties. It’s the same, but without the focus on 18 week breaches or the penalty-driven search for extra capacity.

We have seen this world before, because it existed prior to 1992 when the first maximum waiting time targets were introduced. Poor resource allocation within the NHS meant that some services were starved of resources while others prospered, and undisciplined patient scheduling meant that queue-jumping was the norm. Patients waited years, even decades.

It isn’t the slow rise of average waits that catches the imagination, it’s the disasters: the cancer and heart patients who die on waiting lists, the children who are made to wait until their conditions become inoperable, the people waiting years in pain or going blind. They rightly catch the attention of MPs when they write to complain. They are picked up by journalists, looking for human faces behind the statistics.

If scheduling relaxes across the country, they will soon be abundant.

The slower way to let waiting times go up is to let the waiting list grow. It’s growing anyway at the moment, as the NHS struggles to keep up with elective demand. So this is happening already, even while every effort is still being made.

Now imagine that finance and A&E are front and centre. And you are faced with a choice: negotiate an extra inpatient session at high marginal cost to stop the waiting list from growing, or save the money and keep the beds free for A&E admissions?

In a world without cancer and RTT penalties, it isn’t hard to guess how these common dilemmas might go.

Forever? Let’s look further into the future. Because one day, perhaps a few years from now, ultra long waiting times will have become politically intolerable.

The patient scheduling disciplines, which disappeared so quickly at the start, can return with almost equal speed.

But the growing waiting list is another matter. It has to be paid for twice. Once, non-recurringly, to undo the list growth that was allowed in the “finance and A&E” years. And again, recurringly, to stop the continuing list growth and start keeping up with demand again.

When New Labour achieved 18 weeks RTT in the last decade, with dramatic reductions in the size of the waiting list, it doubled NHS funding in real terms. Can you see that happening again in the foreseeable future? I didn’t think so.

Keeping a lid on elective waiting times in the current climate is tough. But it’s an awful lot easier than bringing them back down again after a few years of letting them go. In short, we can’t afford to take our eye off cancer and RTT waiting times.