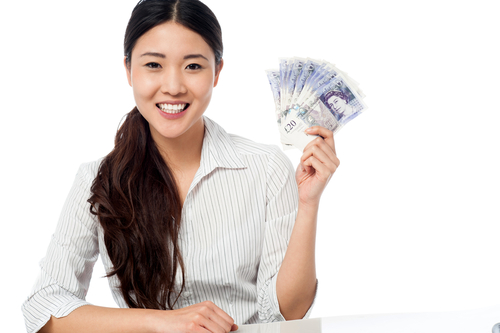 Why letting the waiting list grow is a false economy

Within a given funding envelope there are always limits to what can and cannot be done. While the NHS and the Government remain committed to short waits for routine operations, our new Mandate rightly recognises that there is likely to be continued pressure on waiting times for routine care and some providers’ waiting times will grow.

Next Steps on the NHS Five Year Forward View

Overall 2020 goals: At least 92% of patients on incomplete non-emergency pathways to have been waiting no more than 18 weeks from referral

The Government’s mandate to NHS England for 2017-18

it was a U‑shaped funding settlement, and when you get to the U‑bend times are considerably tougher.

Simon Stevens at the House of Commons Health Committee, July 2016

But it won’t save money. It won’t even just delay spending. If the NHS ever restores 18 week waits, long waiting times will have cost the NHS a great deal more than they saved.

I expect that NHS England appreciates this. But they work under a mandate from the government, and the government may not. So here is why letting routine waiting times grow is a false economy.

Imagine we are running a hospital. We’re having a good year, and are able to keep up with demand. So the number of patients joining the waiting list (like those referred to hospital by their GPs) is exactly matched by those coming off it (like the patients we treat). The waiting list stays the same size, and waiting times stay about the same too.

Next year is another good year. The number of patients joining the waiting list is a bit higher, because the demand for healthcare is growing. But that’s alright because we are able to treat more patients too. So the waiting list stays the same size, and waiting times stay about the same too.

A bigger waiting list with longer waiting times is more difficult and expensive to manage. We have more patients to keep track of, to check they haven’t moved house, or died, or changed their minds about treatment, or been treated elsewhere. We find that more pre-operative assessments go out of date and have to be repeated. We notice that more patients forget their appointments, wasting resources.

It’s bad for patients too. Some are in pain for longer. Some find that their clinical conditions get worse – they will be more difficult and expensive to treat when they finally reach the front of the queue. They may even become inoperable, or die. Long waiting times are not just poor service, they also pose a risk.

Now let’s say the following year is better, and we are able to keep up with demand again. The number of patients joining the waiting list goes up again as usual. But now it is two years since we last increased the number of patients we treat, and we need to catch up by the whole amount in one go. So this is a big recurring commitment.

That stops the waiting list from getting bigger, but it isn’t enough to make it smaller again. We are still lumbered with the costs of managing a big waiting list and the risks of making patients wait a long time.

To shed those costs and risks, we need to reduce the size of the waiting list by treating even more patients. In other words, we need a waiting list initiative, probably using extra sessions at high marginal cost at evenings and weekends. That is much more expensive than if we had treated the same patients in mainstream NHS capacity in the first place. So this is a big non-recurring commitment, and all just to get back to where we started.

It is clear that letting the waiting list grow didn’t save money at all – it was more like borrowing from a loan shark.

Unfortunately, what is happening in the English NHS right now is even worse, because the NHS has not kept up with demand since 2012. The waiting list has grown from under 2.4 million patients to nearly 4 million, and waiting times have grown from under 16 weeks to nearly 20.

Clearly, letting the waiting list grow is a false economy. It is cheaper and better to keep up with demand. And whoever wins the general election would be wise to plan accordingly.