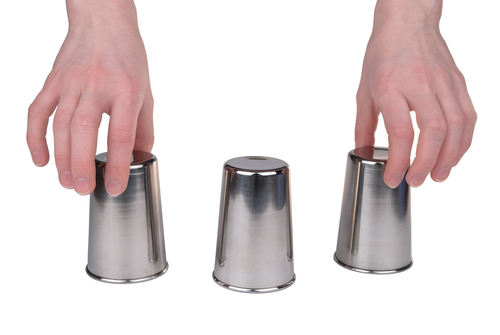 Where did the financial penalties go?

The last month has been pretty mixed up, with financial penalties for various access targets being retrospectively abolished, scrapped completely, reinstated, kicked down the road, and then thrown back up in the air again. So you could be forgiven for being confused about which targets still have financial penalties attached.

Let’s take the A&E 4 hour target first. On 28th March, financial penalties for missing the A&E target were retrospectively abolished for the quarter, and redeployed to maximise the penalties for financial breaches. This sent a loud and clear message to trusts that they should submit acceptable accounts for the financial year that ended only four days later.

Since then, financial incentives for A&E have come back with a vengeance, with the entire 30 per cent performance element of the Sustainability and Transformation Fund (STF) being devoted to A&E performance in 2017-18.

So lots of attention will be paid to things like early senior review for A&E attenders, discharging from beds in the morning and at weekends, and planning seasonal and surge bed capacity. The separation of ‘hot’ and ‘cold’ facilities will also be on the agenda, in an effort to protect elective activity from the intrusions of fluctuating emergency demand – this had a special mention in the Next Steps on the NHS Five Year Forward View document.

Next up is cancer. Financial penalties for missing the 62-day GP-referred cancer standard were initially abolished when the STF was focused on A&E. But the Next Steps on the NHS Five Year Forward View document reinstated them via extra funding for cancer alliances.

The two week and 31 day cancer targets have survived the upheavals unscathed, and remain subject to penalties under the standard NHS contract.

Cancer is probably the most technically challenging access target to plan for, but it can be done, and as cancer leapfrogs up the agenda there will be an increased focus on capacity planning along these complex clinical pathways.

Finally, referral-to-treatment (RTT) waiting times. Financial penalties for both the 18-week and 52-week targets have been scrapped, and the government’s Mandate to NHS England this year has demoted these NHS Constitution rights to “Overall 2020 goals”. I expect elective waiting times to rise.

But the abolition of financial RTT penalties has handed the NHS massive opportunities which it would be a pity to waste. For the time being at least, trusts have a chance to move away from ‘managing to the target’, and implement systems which are based on patient needs instead.

So this is a rare opportunity to separate responsibility for capacity planning from responsibility for patient scheduling, to implement regular processes for both, and thereby to address the fundamental drivers of waiting times more effectively for the future.

Not so fast. All of this policy is tilted towards success in the year 2020, which – at the time the Mandate was written – was going to be the year of the next general election. Now that a snap election has been called for June, everything is up for grabs again.

We don’t yet know what will emerge over the coming weeks. But when political parties write their manifestos, they would be wise not to plan for elective waiting lists to grow in the next year or two. Not only would the electorate dislike them for it, but any short-term relief would be outweighed by the huge difficulty and expense of bringing waits back down again in a few years’ time.