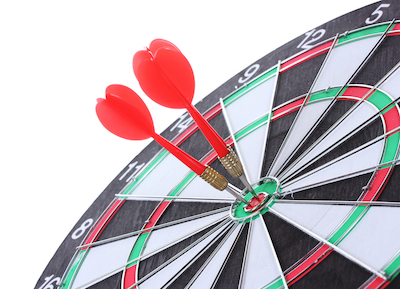 “I need our long-wait trajectories for a meeting tomorrow!”

In mid-December there was one of those phone calls in the eHealth/information department that they usually dread. The Chief Executive needed to know how many outpatients and admitted patients were expected to breach the waiting times target, at the end of every month for the rest of the financial year.

And he needed it for a national Chief Executives’ meeting the following day.

This sort of request often results in a plan that bears little chance of being implemented because of unrealistic figures. Fortunately the department had the necessary data already loaded into a planning model (Gooroo Planner) which automatically refreshed every month. So they had up to date modelling “on the shelf”. They quickly realised that the key was to choose the correct scenario.

There were two main alternatives. They could use the plans that had been drawn up on the assumption that clinical services would treat extra patients and achieve the targets at year end. Or they could assume that, over winter, the number of patients treated was likely to follow the same pattern as recent years.

They knew that many clinical services were not closely following the agreed weekly planning profiles. So they took a judgement that “business as usual” was likely to be a better forecast of activity, and submitted their forecasts on that basis the same afternoon. It was a wise choice.

What happened in real life

The number of long-waiting outpatients turned out a little better than forecast, which is likely to be the result of extra funding being made available (which was not factored into the modelling), helped along by the fact that outpatients are less affected by winter pressures than inpatient services.

The number of long-waiting admitted patients turned out exactly as forecast at the end of January. Exactly? Yes – to the patient – which was both astonishingly accurate and lucky.

So overall the outturn came out somewhere between the “treat extra patients” and “business as usual” scenarios, which was close enough. And the forecast was available at very short notice because the department treats planning as an ongoing service, rather than a one-off occasional task, so the results were readily available.

(This happened in a Scottish NHS Board. They have asked not to be identified, but you can email info@gooroo.co.uk if you would like us to pass a question to them.)

All the formulae and methods outlined in this case study are already built into Gooroo Planner, including trajectories and clinical pathways, so all you need to worry about is getting the data into and out of the model. The easiest way to get trajectories for every clinical service in the hospital is to run the calculations using the Planner API service, as follows:

In the case study, analysts had already set up the data queries and API client some years previously. So all they needed to do was re-run the numbers with their chosen activity scenario. However even if they had been starting from scratch, they would still have been able to produce trajectories within hours using Gooroo Planner.

Accurate information and analysis made easy

You already have the data to make this happen. What you need now is the analysis – all done and shared with the people who need it.

Gooroo Planner takes care of that. It also enables you to visualise what is happening in theatres, plans for constant capacity with targets met throughout, and shows patient-by-patient how better scheduling can improve your waiting times.