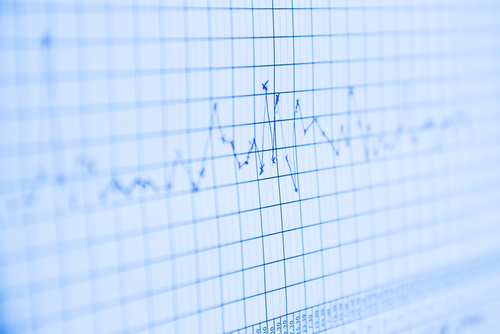 Demand, capacity, and the law of averages

When you start trying to improve your demand and capacity planning, it won’t be long before somebody stresses the importance of allowing for variation. If you rely on averages (you are told) the consequences of such ignorance will be horrendous waiting lists and expensive remedial action.

You may nod your head at this, perhaps with an uneasy feeling that (despite the very clear and authoritative explanations given to you) you still aren’t exactly sure how to apply it in your particular situation. You may even suspect that those experts might (shudder) be wrong and it doesn’t apply in your situation at all… but, in the face of two decades of clear and consistent messaging, you push such doubts away.

I am going to suggest that you should pay more attention to those doubts. To explain why, I’ll start with an example where variation is indeed very important (emergency care), then one where I will argue that it isn’t (routine elective care), and finally consider the borderline cases (involving cancer and other urgent electives).

Somebody who considers only averages might think that everything will be fine because capacity is equal to the average demand, but unfortunately variation sinks that notion very quickly.

Imagine that, on day one, only 5 patients arrive; the doctor treats them and then has nothing to do for the rest of the day. The following day, 15 patients arrive. The doctor only has the capacity to treat 10 of them, so the other 5 are kept waiting overnight. They are still waiting the following morning… when we are expecting another 10 patients (on average) to arrive.

So we are already in deep trouble, because the idle time on day one could not be carried forward and used on day two. The solution is to lay on a higher level of capacity – enough to deal with demand on a high proportion of days.

Now consider a very different doctor – a surgeon whose workload is entirely non-urgent (routine) electives. This surgeon can also treat up to 10 patients per day, and receives an average of 10 referrals per day who require treatment.

What is different is that this surgeon has a waiting list of 100 patients.

So it doesn’t matter if only 5 referrals arrive on day one, because they can still treat 10 from the waiting list. When 15 referrals come in, they just go on the waiting list and can be treated when they reach the front of the queue. It all comes out in the wash.

Now let’s go looking for the borderline cases that lie between the emergency doctor and the routine surgeon.

What about a surgeon who works in a large teaching hospital and only treats urgent cancer patients?

These patients don’t have to be treated within hours, but they do need treating within (at most) a few weeks. It is likely that demand will vary enough over these relatively short timescales to cause occasional idle time which cannot be carried forward. The variation matters, and capacity needs to be high enough to cope with demand in a majority of weeks.

A mix of urgent and routine electives

Which brings us to the more common situation in elective care, where a surgeon treats a mix of urgent and routine patients. We have already seen that routine capacity can equal average routine demand. But do we need to provide a higher level of urgent capacity, to absorb urgent demand in a majority of weeks?

The answer depends on the tactics used to book patients in for treatment.

If urgent patients are essentially treated in ring-fenced capacity then the answer will be ‘yes’.

But if there is more flexibility, and any empty urgent capacity can be filled with routine patients at the last minute, then that will avoid any idle time and capacity can be set to match average demand.

In the case of the routine surgeon, there will be variation on timescales other than the short-term random fluctuations that I considered above, such as seasonal, cyclical, and trend variation in demand. It is indeed important that capacity should adapt to those longer-term variations, because otherwise the imbalance will accumulate on the waiting list and may result in unacceptably long waiting times. Nevertheless average capacity can still equal average demand, even though that capacity is adjusted over time to track those longer-term variations. It would make no sense, for instance, to try to adapt to a multi-year trend of growing demand by setting capacity to match demand in a majority of weeks over that period, because capacity would be far too high at the start, and far too small at the end.

I simplified the discussion above by assuming that capacity was constant. In real life, however, capacity is usually highly variable (because of staff leave, trauma weeks, maintenance shutdowns, etc). This means firstly that peak capacity needs to be higher than average capacity in order to compensate for the low points, and secondly that those variations in capacity need to be timed to stop waiting lists from building up excessively at certain times of year.

You may be wondering about the influential models of Richard Steyn. If you look at the outputs from the single-queue Steyn model, you will see that waste only arises when the waiting list disappears. If the waiting list is already large and still growing, then that growth is the result of a persistent imbalance between capacity and demand, which can arise in that model because the limits of variation are well controlled but average demand is not. The multi-queue Steyn model represents a mixed urgent and routine waiting list where urgent capacity is essentially ring-fenced, and that scenario was discussed above.

Flexible booking tactics can avoid the waste associated with ring-fencing urgent capacity, and Gooroo’s patient scheduling simulator is capable of modelling this. It is also able to model variable demand around a well-controlled average, so it can reproduce the scenario where capacity matches average demand (net of cancellations). This video (silent with subtitles) simulates at patient level a mixed urgent and routine waiting list where capacity equals average demand. It shows that the waiting list initially grows from zero because some capacity is wasted, but the waiting list stops growing when it is big enough to buffer the variations in demand.

The effects of DNAs and other removals do need to be taken into account when calculating capacity according to average demand, which is why session utilisation figures are often used to compensate for them.

Finally, I am not saying that waiting lists are generally a good thing. They aren’t, and the NHS would be a better place if patients did not have to wait any longer than they wanted to. However the fact is that we already have waiting lists, and there is surely little point in acting as if we don’t when planning capacity.