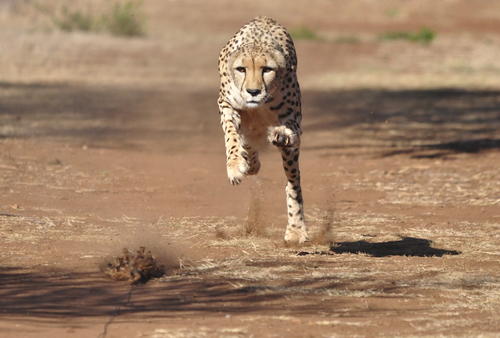 RTT waiting times – can we ever catch up?

As England’s referral-to-treatment (RTT) waiting times go from bad to worse, it is easy to be gloomy about the future. Capacity is tight, the workforce is stretched, and there seems to be no end to it.

It is only fair to ask: can we ever catch up on 18 weeks?

My answer is: yes we can.

In fact I would go further: yes we will.

And the reason is very simple. In the long run, the NHS can do no more (and no less) than keep up with demand. We can’t do more (not indefinitely anyway) because eventually we would run out of waiting list. And we can’t do less indefinitely either, because eventually waits would become so long that dealing with them became a political priority. That point might be reached when routine waiting times were several months, or several years, but it would be reached.

So keeping up with demand is not just important; in the long run, it is unavoidable.

Over on the left, we have the last Labour government’s dramatic achievement of the 18 week RTT waiting times standard. It cost a fortune, because a huge amount of work was done in extra sessions at extra-contractual rates, but it worked and the resulting reduction in the waiting list is clear for all to see.

Then there was a period of consolidation for a few years. The waiting list grew only slightly, if at all, as the NHS broadly kept up with the demand for elective care. Waiting times continued to fall, which is to be expected if the size of the waiting list is a shrinking proportion of demand.

RTT waiting times bottomed out at 15.8 weeks in April 2013, and since then they have grown by more than a week per year. But when we look at the chart, we find that only an extra 1 or 2 per cent of activity would have stopped the growing waiting list in its tracks.

This, then, is the scale of our surprisingly small challenge. All we have to do is an extra 1 or 2 per cent activity (compared with what we are doing anyway), and the waiting list would get slightly smaller over the years instead of bigger. Eventually, the waiting list would be almost gone. Such is the power of adapting capacity to meet demand.

This would not cost a fortune either, because a steady reduction like this could be done in mainstream capacity instead of expensive extra ‘waiting list initiative’ sessions. I reckon that keeping up with elective demand would only cost around £350 million per year extra across the whole of England – a small sum in the grand scheme of things, and with a huge impact.

Emergencies, cancers, other urgent patients, and even most follow-ups… they all (rightly) take operational precedence over the routine waiting list patients. We need enough capacity to keep up with that demand first, because otherwise those higher priorities will continue to squeeze out the waiting list work.

It is, of course, A&E waiting times and congested acute beds – rather than elective waits – that have captured the headlines this winter. It is looking rather likely that something will be done, and soon, to address those intolerable and costly pressures.

And having gone that far, it would be rather odd not to take one final small step, to close the gap between elective activity and demand, so that waiting times became a little shorter every year instead of longer. It will have to happen one day, and that may as well be now.

PS: Yes, the funding settlement for 2018-19 is supposed to fund enough elective activity to keep up with demand. However I share the widespread concern that there is not currently enough capacity to fully absorb emergency and urgent demand as well as elective, which is why I draw attention above to the capacity constraints and not simply to money.