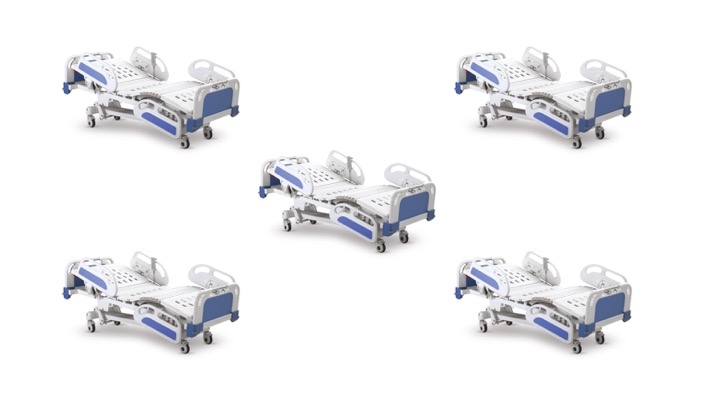 Morning discharges and the 4 hour target

In the previous article we saw that an increase in morning discharges makes only a negligible difference to the risk of running out of beds, and hence to non-elective bed occupancy. But this surprising conclusion is at odds with the experience of operational managers, who find that morning discharges do help to avoid 4 hour waits in the emergency department.

How can we reconcile these apparently contradictory positions? The answer lies in how long these periods with insufficient beds last, and whether bed occupancy is already very high.

We have already seen the figure below, in the previous article. In brief:

Look at the 30 per cent risk line (the third grey line down), which represents a bed occupancy of nearly 97 per cent in this example.

In the left hand (“current variation”) chart it slices straight through Monday and Tuesday. This means that if bed occupancy is so high that there is a 30 per cent risk of not having enough beds on average, then most of Monday and Tuesday will probably be spent with insufficient beds because they are the worst days. That means very long delays in accessing beds, twice a week, most weeks – a frequent and significant risk to clinical safety.

The array of charts below shows how long all the periods with insufficient beds last, under the various scenarios and risk levels. Let’s start by looking at the top right hand chart, which represents this very high bed occupancy scenario at the current patterns of variation.

This chart is a histogram. The horizontal axis shows the duration (in hours) of each period with insufficient beds. The vertical axis shows how many times those periods occurred in the two years of data (taking just the intra-week variations into account).

The spike towards the left of the chart shows that the most common period with insufficient beds was just one hour long. But the peak further to the right shows that there were also a lot of periods lasting more than 12 hours – like all those terrible Mondays and Tuesdays.

Looking down the right hand column of charts, we can see how the distribution of these durations changes as we test the various scenarios: from the current situation (in red, at the top), to increasing weekend discharges (green), to increasing morning discharges (blue), and doing both (purple, at the bottom). A big change happens as soon as morning discharges are introduced – the peak in over-12-hour periods with insufficient beds disappears, and they are replaced with a larger number of short periods.

This change is also reflected in the statistics marked on each chart below. The solid vertical black line is the median duration of periods with insufficient beds, so half of the periods are shorter than the median and half longer. Morning discharges have the potential to reduce the median from 7 hours to just 3 hours. (These medians are also shown as numbers beside the grey lines on the charts above.)

This matters because 3 hours is less than the 4 hour waiting time standard in the emergency department. If most periods with insufficient beds are less than 4 hours long, then these surges can be buffered in the emergency department without triggering large-scale breaches of the standard or the consequent clinical risks to patients. However if many of those periods last longer than 12 hours, as happens at present, then that is not possible and those very long waits come with significant clinical risk.

So far we have only looked at the right hand column of charts, which represents a 30 per cent risk of running out of beds (at nearly 97 per cent bed occupancy in this example).

So morning discharges are a useful ‘fire-fighting’ tactic to help reduce 4 hour (and longer) waits in the emergency department if bed occupancy is already very high. But they are not a strategic route towards a sustainably lower risk of running out of beds, nor do they make much difference if those risks are already lower.