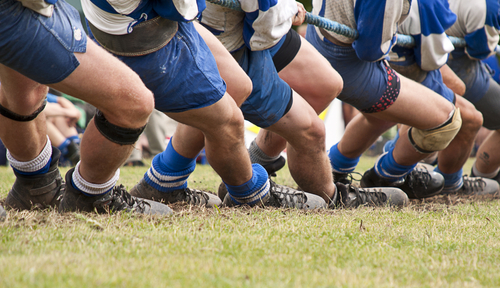 The first full month of referral-to-treatment (RTT) data since the start of the covid shutdown confirms what the March data suggested: elective care has largely ceased in England.

If you saw the recent predictions of 10 million on the waiting list, you may be surprised to know that the waiting list has actually shrunk – from a peak of 4.4 million, it has dropped below 4 million for the first time in over two years.

But this is no cause for comfort. Hospitals have reduced to providing urgent-only services during the covid shutdown, and that capacity has been lost forever. And referrals onto the waiting list may have slowed to a trickle, but many of those missing patients are still going to need treatment. They will come back as the NHS opens up again, and then the waiting list will balloon.

Referrals to consultant-led services (known as ‘clock starts’ in RTT jargon) have plummeted to about one-third of usual levels. Far fewer patients are being added to the waiting list.

This is what has been happening in outpatients (‘non-admitted clock stops’, in RTT jargon). These patients have been discharged from outpatients, or removed from the waiting list for other reasons. The numbers have about halved; I don’t know whether that is consistent with an urgent-only service or not, because it doesn’t include patients who remain on the waiting list for treatment, but it is plausible.

And this is what has happened to the number of patients being admitted for treatment as inpatients or daycases. It has dropped by over 80 per cent. And this is where it gets really interesting, and worrying.

But the worrying question is: who have we missed? Let’s go back to outpatients, and the urgent-only service there. How did we decide which referrals were urgent? We only had the referral information to go on. Sometimes we think a referral is urgent, but it turns out not to be. And sometimes the opposite happens: we think a referral is routine, but when the patient arrives in clinic we realise they are actually urgent. This happens a lot. But under an urgent-only service, those patients don’t arrive in clinic. They stay on the waiting list, not knowing they need urgent treatment. They are at serious clinical risk, and those risks will persist until the NHS can once again see all outpatients within a reasonable time – routine as well as urgent.

Returning to the whole RTT waiting list, if non-urgent patients must remain on the waiting list, then obviously their waiting time is going to increase by one week, every week. Waiting times duly grew by over four weeks in April.

This pretty much happened in every specialty.

And the number of one-year waiters is rising rapidly as the larger numbers of shorter-waiting patients reach the 52 week mark.

When the number of one year waiters was small, it made sense to lump them together into a single “over 52 week” figure. But now that the numbers are rising rapidly, and unlikely to come back down any time soon, we should know more about how long these patients are actually waiting. Are they waiting just over a year? Most of them probably are. Over two years? It may already be possible for some. Over five years? Even that may become possible. We need to know.

I have changed the scale on this final chart to show 4 week intervals (i.e. roughly a month), to show how waiting times are rising by one week, every week, right across the board. Except, curiously, for those that are on the brink of achieving 18 weeks. Even during a national elective shutdown, there is evidently still room for managing to the target.

Referral-to-treatment data for May 2020, the second complete month of the covid-19 elective shutdown, is due out at 9:30am on Thursday 9th July.